When high-achieving students from rural areas go off to college and graduate, they often choose to live in suburban or urban areas instead rural communities like the ones where they grew up, decades of research have shown.

Often they are following the advice of adults – or just deciding on their own – to search for success in cities, where career opportunities are more abundant. Teachers, coaches and neighbors might reinforce the message to leave behind the small-town life and its limited career opportunities.

But that long-standing pattern might be changing. Some rural communities are beginning to see their college graduates return.

I am a researcher who studies higher education and rural communities, and my colleagues and I wondered what might be leading adults to return to rural communities a decade or two after they graduate from college elsewhere.

To find out what might be prompting some college graduates to return to their rural hometowns later in life, we conducted a study using national data on the well-being of adolescents into adulthood to look at why people who grew up in rural places decided to return. Specifically, we took a look at whether their middle and high school experiences had any connection to their decision to return home in their late 30s or early 40s. We considered only those individuals who had gone at least 50 miles away to complete a bachelor’s degree. We found three factors that contributed to college graduates coming back home.

We found that the more students enjoyed school and felt as if they belonged, the more likely these college-educated adults from rural areas returned home. Even after considering demographic, neighborhood and college characteristics, positive middle and high school experiences remained significant. This demonstrates the lasting value of supportive teacher-student and peer relationships.

This is consistent with other research that has found college graduates who return had roots that made them feel grounded in their rural hometowns. When the students maintain relationships with people back home, it makes them feel as if they still belong when they return.

College-educated people from smaller towns or open, undeveloped land were twice as likely to return home as people who grew up in slightly larger rural towns.

Rural places are rich with natural resources, from vast countrysides with fertile soil to dense forests that purify the air we breathe. Rural people are often attached to the natural environment and have an appreciation for land. Connecting with nature, breathing in fresh air and enjoying peace and quiet can offer deep life satisfaction.

3. Contributing to their communities

College graduates who grew up in rural communities where relatively few people went to college were more likely to return home than those from communities with more college-educated adults. Returners often feel a need to give back to their communities. This has been accomplished by returners filling positions as doctors, lawyers, teachers or entrepreneurs. They also volunteered to make a difference. College graduates provide several societal benefits, such as contributing to their community’s economic growth, participating in community activities and sharing new perspectives.

A focus on the benefits

Our research comes at a time when some rural communities have begun to invest in local businesses, outdoor recreational activities and local schools to attract both newcomers and returners.

Much attention has been given to a “rural brain drain,” as described by sociologists Patrick J. Carr and Maria J. Kefalas, and all the reasons young people leave rural communities. But our research shows some of the characteristics of rural communities that have been associated with a return home. 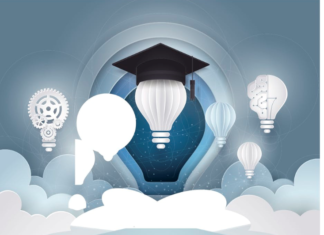