Editor’s note:
North Korea recently tested a ballistic missile that landed in the sea between North Korea and Japan. North Korean leaders claim to hold nuclear weapons capabilities that could reach the U.S., although other recent missile tests have cast doubt on those assertions.

The U.S. is ramping up joint military exercises with South Korea, and President Donald Trump has stated the threats may lead to a “major, major conflict.” South Koreans have elected a new president who may be open to talks with North Korea.

We turned to one of our experts, Professor Ji-Young Lee, to help us understand that part of the world.

Here are four things to know.

Why is there a North and a South Korea?

Before there was a South and North Korea, the peninsula was ruled as a dynasty known as Chosŏn, which existed for more than five centuries, until 1910. This period, during which an independent Korea had diplomatic relations with China and Japan, ended with imperial Japan’s annexation of the peninsula. Japan’s colonial rule lasted 35 years.

When Japan surrendered to the Allies in 1945, the Korean peninsula was split into two zones of occupation – the U.S.-controlled South Korea and the Soviet-controlled North Korea. Amid the growing Cold War tensions between Moscow and Washington, in 1948, two separate governments were established in Pyongyang and Seoul. Kim Il-Sung, leader of North Korea, was a former guerrilla who fought under Chinese and Russian command. Syngman Rhee, a Princeton University-educated staunch anti-communist, became the first leader of South Korea.

In an attempt to unify the Korean peninsula under his communist regime, Kim Il-Sung invaded the South in June 1950 with Soviet aid. This brought South Korea and the United States, backed by United Nations, to fight against the newly founded People’s Republic of China and North Korea. An armistice agreement ended hostilities in the Korean War in 1953. Technically speaking, however, the two Koreas are still at war.

Beyond the political divide, are Koreans in the North and South all that culturally different? If so, how?

Koreans in the South and North have led separate lives for almost 70 years. Korean history and a collective memory of having been a unified, independent state for over a millennium, however, are a powerful reminder to Koreans that they have shared identity, culture and language.

For example, in both Koreas the history of having resisted Japanese colonialism is an important source of nationalism. Both North and South Korean students learn about the 1919 March 1 Independence Movement in school.

Consider, too, the Korean language. About 54 percent of North Korean defectors in South Korea say that they have no major difficulty understanding Korean used in South Korea. Only 1 percent responded that they cannot understand it at all.

However, the divergent politics of North and South Korea have shaped differences in Koreans’ outlook on life and the world since the split. South Korea’s vibrant democracy is a result of the mass movement of students, intellectuals and middle-class citizens. In North Korea, the state propaganda and ideology of Juche, or “self-reliance,” were used to consolidate the Kim family’s one-man rule, while reproducing a certain mode of thinking designed to help the regime survive.

What have we learned from North Korean defectors who settled in South Korea?

As of September 2016, an estimated 29,830 North Korean defectors are living in South Korea. From them, we’ve learned the details of people’s everyday life in one of the world’s most closed societies. For example, despite crackdowns, more North Koreans are now watching South Korean TV dramas.

In North Korea, repression, surveillance and punishment are pervasive features of social life. The state relies heavily on coercion and terror as a means of sustaining the regime.

Still, not all North Koreans are interested in defecting. According to anthropologist Sandra Fahy, interviewees said they left the North reluctantly driven primarily by famine and economic reasons, rather than political reasons. A majority of them missed home in the North.

However, Thae Yong-ho, a former North Korean diplomat who defected to the South in 2016, believes that Kim Jong-un’s North Korea could face a popular uprising or elite defection as North Koreans have increasingly become disillusioned with the regime.

What is the history of U.S. relations with South Korea, and where do they stand now?

The purpose of the U.S.-South Korea alliance has changed little since its formation in 1953. This has much to do with continuing threats from North Korea.

However, despite differences in their approach to North Korea, President George W. Bush and South Korean President Roh Moo-hyun took a major step toward transforming the Cold War alliance into a “comprehensive strategic alliance.” Under President Barack Obama and South Korean Presidents Lee Myung-bak and Park Geun-hye, many believed the U.S.-South Korea alliance was at its best. Under their leadership, Washington and Seoul agreed to expand the alliance’s scope to cover nontraditional threats, like terrorism and proliferation of weapons of mass destruction, and other global challenges like piracy and epidemic disease, while coordinating and standing firm against North Korea’s provocations.

Now, with Moon Jae-in and Donald Trump as new presidents of South Korea and the United States, there is a greater degree of uncertainty. Among other things, Trump criticized the U.S.-Korea Free Trade Agreement, while insisting Seoul pay for THAAD, a U.S. missile defense system deployed in South Korea. Moon, whose parents fled the North during the Korean War, is likely to put inter-Korean reconciliation as one of his top priorities. This may collide with the current U.S. approach of imposing sanctions against North Korea. 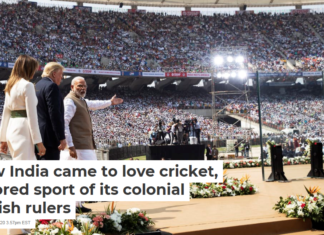 Leave ’em laughing instead of crying: Climate humor can break down...