A lot of us are pessimistic about our children’s future. According to the most recent data from the Pew Global Attitudes Survey (in 2019), just 29% of Australians believe today’s children will be better off financially than their parents.

Our research shows things aren’t as bad as many fear, with 68% of millennials (those born between 1981 and 1987 for our research) earning more income than their parents did at the same age. This is close to the highest percentage among countries for which estimates are available. The experience of gen-Xers (born from the early 1960s to late 1970s) has been similar.

But it’s not all good news. That percentage is lower than the upward mobility enjoyed by baby boomers (born from 1946 to the early 1960s). For those born around 1950, 84% earned more at age 30-34 than their own parents did at the same age.

There are two prime reasons for this decline in absolute mobility since the 1980s. Lower economic growth leading to average incomes growing more slowly; and growing income inequality.

How we did our research

The share of people whose income is higher than their parents at the same age is known as “absolute income mobility”. It is an appealing indicator of economic progress because it captures aspirations for our children. It reflects economic growth, inequality and opportunity.

Estimating absolute mobility, though, is quite hard. The data we need to measure it directly – information about what people earned at a particular age compared to their own parents – does not exist for Australia.

To do this exercise, therefore, we’ve applied new statistical methods that have been developed in recent years to estimate absolute mobility without linked parent-child data. These methods, using separate generational data on income distribution, have been verified in research published in 2018 and in 2020.

What our research shows

The main results are below. Of people born in 1950, 84% had higher household incomes than their parents. This fell to about 68% for those born since the early 1960s. It has stayed roughly constant for gen-Xers and millennials.

The main driver of this change is slower economic growth. Boomers’ incomes were much higher than their parents particularly due to decades of uninterrupted economic growth from World War II to the mid-1970s.

The other driver has been rising income inequality over the past 40 years, after falling in earlier decades, as the next chart shows. The relationship between inequality and mobility is complicated, because high inequality for either generation lowers the rate of mobility.

Absolute mobility would be higher if income was adjusted for family size – 78% for millennials, because the younger generation have smaller families than their parents did at the same age.

Read more: What income inequality looks like across Australia

Our results are for income earned in a single year (at about age 32). We have also found similar results when looking at income at around age 37.

Ideally, we’d like to calculate absolute mobility of lifetime income. But methods to do this have not yet been developed. So we don’t know what mobility in lifetime income is. The same could be said for indicators of income inequality, which mostly use single-year income measures as well.

You also might be wondering about how the cost of housing fits in – an important issue given the escalating cost of a home compared to the median wage.

In all the results shown, income is adjusted for inflation using the Consumer Price Index. Housing is a big part of the index though costs such as the price of land and mortgage interest payments are not included.

The ABS does factor mortgage debts into its “Selected Living Cost Indices”, but these only go back to 1998, so couldn’t be used in these calculations. However, the changes in the CPI and the SLCI over the past 20 years are similar, which gives us some assurance our estimates account for the cost of housing. Further work could explore this in more detail.

Read more: For the first time in a long time, we’re setting up a generation to be worse off than the one before it

Australia has achieved high levels of absolute income mobility for all generations since at least the 1950s. This is still the case. But the pessimism about our children’s financial future is rooted in some valid concerns.

Wage growth has been slow for years. Income inequality has been increasing for decades. So has the gap between young and old.

So there are clear threats for the prosperity of today’s children – even without factoring in concerns such as climate change. 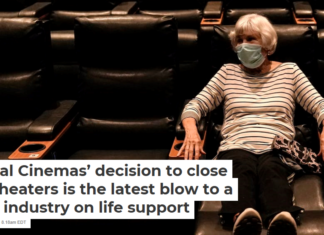