The U.S. Postal Service is under threat of collapse and privatization. This comes after years of federal political maneuvering that has effectively depleted revenues and staffing – issues now amplified by new cuts to overtime worker pay and slowed delivery.

This matters now more than ever as the COVID-19 pandemic rages, and ahead of November elections when many Americans anticipate voting by mail in order to stay safe.

But the impacts of degrading the USPS go beyond simply making mail service less reliable and hindering the ability of Americans to fairly exercise their right to vote.

The post office is what urban designers call a “local public anchor institution.” These are the shared civic buildings, services and spaces accessible by all and benefiting all, and they also include public schools, libraries and parks. They support the population without discrimination, through economic downturns and even during pandemics.

There was a time when institutions like the post office served as the civic and economic backbone of the country. After the Great Depression, investing in the USPS was a key element of the New Deal’s massive employment policy agenda and national civic building and arts programs. Those investments built avenues to middle-class jobs for minorities and veterans – opportunities that the USPS still provides today.

There’s a democratizing quality to the service. No matter what city or suburb you live in, everyone can recognize the ubiquitous blue mailboxes, which enable all citizens to send mail to any location on Earth.

While the mailboxes unite the country under one aesthetic, individual post offices highlight the rich diversity of American regionalism.

On Nantucket, the post office is a grey, weathered, cedar-shingled bungalow. Along the Detroit River, it’s a boat – with its own floating ZIP code and “mail-in-the-pail” system that delivers mail to and from ships.

In Chicken, Alaska, the post office is a log cabin, and La Jolla, California, residents recently fought to save their tile-roofed southern California Mission-style branch.

These quirky local anchors connect people to particularities of time and place. Significantly, in 2012 the National Trust for Historic Preservation added historic post offices to their list of endangered buildings.

Meanwhile the bigger, main post offices like those in St. Louis, Washington, D.C. and New Orleans are treasured architectural marvels that span entire city blocks. Built at the turn of the 20th century and now on the National Register of Historic Places, their grand designs represent ambitious public investment and confidence in the government’s role to foster trade, commerce and communication.

Are those ambitions already defeated?

Like all U.S. public institutions, the post office has endured decades of defunding. The 1970 Postal Reorganization Act, for example, established the USPS as a government agency that, even though it would remain under control of Congress, would not be able to receive any tax revenue. In 2006, the USPS was further undermined by a Republican-led congressional mandate requiring it to pre-fund 75 years of retiree pensions.

As the USPS has been steadily hollowed out, its collective assets have been leased or auctioned off to private developers.

If the architectural design of public buildings serves as an outward expression of how a government values its people and places, it seems as though recent administrations have thought less and less of regular Americans and good urbanism.

Many post office branches built in the last 30 years are cheap and formulaic skeletons of their prior incarnations. You can find them in strip malls.

These bland buildings align with corporate imperatives that excise certain design elements for the sake of economic efficiency. Solid wood, high ceilings, natural light or design particulars in tune with local conditions are usually the first to go. This happens even though, as a public good, the USPS cannot technically – nor should it ethically – compete with private companies.

What are we left with when collective anchors are no longer designed as aspirational, creative places for public life to play out? Can you find a contextually designed FedEx store that reflects the same kinds of optimism and durability of early U.S. post offices?

Even as the richest aesthetic dimensions of the post office are cut from budgets, its social benefits live on. Mail carriers have unexpectedly helped people trapped or caught in house fires, and have even aided victims of human trafficking. For one 11-year old stuck at home during the pandemic, her mail carrier became a new pen pal and friend.

Many smaller town post office branches double as social hubs. In Truxton, Missouri, the post office is also the news center, a bus shelter and after-school stop for kids to get candy.

Public institutions like the Postal Service allow people to forge new relationships outside of their normal circles. My mom texts her Northern Virginia mailwoman, Carla. Letter carriers, some of whom have walked the same route for years, watch families grow and change.

These moments of social solidarity enrich life in cities and towns in the same way that architecture does.

Today the USPS stands as one of the last public, civic institutions left in American cities and towns. Unlike libraries, schools or parks, the USPS does not receive external private philanthropic support. This is just as well, since subsidies and outsourcing can influence decision-making and cloud accountability.

As the Postal Service teeters – economically sabotaged and on the brink of being sold off – it’s all-the-more needed to preserve the durable, social, accessible, sustainable and beautiful cities and towns that citizens deserve. 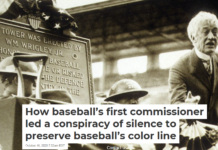 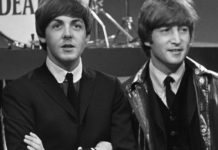 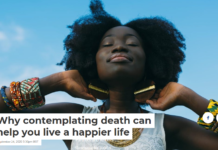 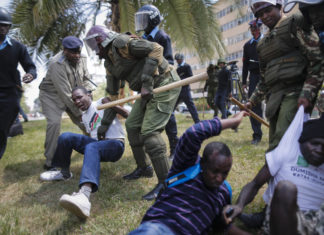