The Maryland Safe to Learn Act of 2018, signed into law by Gov. Larry Hogan on April 10, requires all public schools in Maryland to have a designated school resource officer, more commonly known as an SRO, or “adequate local law enforcement coverage” by the 2019-2020 school year.

Additionally, a number of local school districts nationwide are considering or have recently announced expansions of law enforcement in schools.

Such a push toward increased use of law enforcement in schools follows a national trend that predates recent school shootings. The National Center for Education Statistics reports that, in 2015-16, 48 percent of schools nationally had a sworn law enforcement officer present at least once a week. This figure is up almost 33 percent from a decade before.

Challenges to scaling up SROs in schools

Moves to substantially increase the presence of law enforcement in schools may face hurdles around staffing, training and funding. In the research my colleagues and I are conducting, we find that substantial expansions of SRO programs may result in the quick hiring and training of a number of personnel who have little experience in schools.

In our study, SROs were commonly drawn from street patrol or jail facilities. While the officers received standard law enforcement academy training, they were given limited training specific to working with students or school personnel. For many, the training amounted to little more than shadowing other SROs for a couple weeks.

This is notable given that the role of SROs differs considerably from traditional law enforcement. In particular, SROs engage with students who are at different developmental stages than the general population. Additionally, they must become better acquainted with juvenile and school law as well as learn to balance authority structures from both their law enforcement agency and the school system.

In Maryland, only about 400 of the state’s approximately 1,400 schools currently have law enforcement officers. This means that the state law could affect around 1,000 schools.

Accomplishing such a large hiring and training initiative requires adequate financial resources. Currently, school law enforcement are funded through a patchwork of sources that include local school districts, local law enforcement agencies and local municipalities, as well as through state and federal sources. The act passed in Maryland provides additional funding of approximately US$10 million per year to support the scale up of law enforcement presence in schools.

Such funds alone, however, fall short of what would be required to place an SRO in every school in the state. While the cost of employing an SRO varies, estimates suggest that salaries and benefits alone are often in the $50,000 to $80,000 range. As a result, many localities may face hurdles in securing the additional funds necessary to comply with these new state policies. For instance, with about 1,000 Maryland schools without an SRO, $10 million only provides $10,000 per school – not nearly enough to cover salaries and training.

What will these SROs do?

The role of SROs has commonly been discussed as a triad, with SROs engaging in law enforcement, informal counseling and educational activities. That said, given that SROs have traditionally been much more common in high school and middle school settings, expansions of SRO presence may take place most at the elementary school level. According to data from the Civil Rights Data Collection, in 2013-14, about 75 percent of Maryland high schools had a law enforcement presence compared to around 50 percent of middle schools and less than 20 percent of elementary schools.

Our research suggests that the role of SROs often looks different between primary and secondary schools. We find that elementary SROs engage in far less law enforcement and take on a role that is much more about relationship building with students.

Regardless of grade level, SROs will likely spend much of their days engaged in activities beyond preventing another school shooting. Such activities include mentoring students, guest lecturing in classes, and assisting school personnel. Additionally, however, prior work documents how SROs can also have unwanted consequences – such as contributing to the use of exclusionary discipline. To its credit, the bill passed in Maryland supports training of SROs that focuses on “de-escalation,” “maintaining a positive school climate,” “constructive interactions with students,” and awareness of diversity and implicit bias – each of which may mitigate negative impacts of law enforcement presence in schools.

In short, as the presence of SROs increases, the research suggests the need for careful attention to recruitment, training, funding, and the expectations set for day-to-day activities of SROs. While SROs can potentially lessen the damage of future school shootings, the full impact of their presence will likely depend more on the roles they adopt on a daily basis in schools. 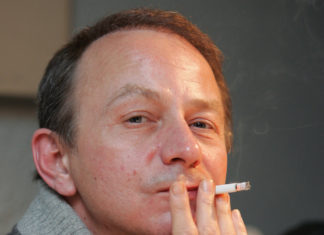 Staff Writer - January 10, 2015
By Louis Betty, University of Wisconsin-Whitewater When gunmen (thought to be radicalized Muslims) burst into the offices of Charlie Hebdo on the morning of January...

Regulating the sacred: why the US halal food industry needs better...

How parents can support a child who comes out as trans...