In a letter on April 11 to the bishops of Chile, Pope Francis asked forgiveness for his “serious errors of assessment and perception.” His apologies were directed to the victims of Fr. Fernando Karadima, whose abuse of at least three men when they were children was witnessed and covered up by Chilean Bishop Juan Barros. Until recently, Pope Francis had maintained that Bishop Barros was actually the victim of “slander.” In 2011, the then 80-year-old Fr. Karadina was found guilty by a Vatican tribunal, and sentenced to a life of “prayer and penance.”

In times past, a personal apology from the pope would have been close to unthinkable.

Catholics believe the pope is the successor to the Apostle Peter, one of the first followers of Jesus. But Peter was a flawed human being: When confronted by a crowd, he denied his association with Jesus three times. Afterwards, according to the Gospel of Matthew, Peter “wept bitterly.”

For Catholics, Peter’s experience shows that even those specially chosen by God have deep-seated weaknesses for which they must show sorrow.

Popes are not always right in what they do, but their errors have been admitted only years – sometimes centuries – later. In 1992, for example, John Paul II apologized for the Catholic Church’s condemnation of Galileo that happened over 350 years earlier.

Once rare, papal apologies increased under the reign of John Paul II. While those apologies admitted that the Church made mistakes, they did not ask for forgiveness for past popes.

In the middle ages, popes were not inclined to apologize at all, or even accept apologies. Most famously, in 1077 A.D., Pope Gregory VII initially rejected King Henry IV’s apology concerning a dispute over who had the power to appoint local bishops. The pope forced Henry, then the king of the Holy Roman Empire, to wait in a blizzard for three days before accepting him back into the Catholic Church.

This dismissive attitude gave way to soul-searching during the Second Vatican Council, a seminal meeting that modernized the Church, held in Rome from 1962-65. One of the most important issues Catholicism had to confront was its historical persecution of Jews. Thousands of Jews were killed as Crusaders made their way to Jerusalem. Jews were expelled from Catholic Spain in 1492. And most horrible was the Holocaust, or “Shoah,” the organized slaughter of over 6 million Jews, which occurred in Christian-majority nations during the Second World War.

In one of the council’s most important documents, Nostra Aetate, the Catholic Church rejected the idea that Jews were responsible for the crucifixion of Jesus Christ. Nostra Aetate also established a foundation for a more cooperative and respectful relationship between Christians and Jews.

In 1966, the Church moved to apologize for centuries of distrust between Catholics and Protestants, when Pope Paul VI gave his ring to Michael Ramsey, the head of the Anglican church – the 100th archbishop of Canterbury – as an offering of reconciliation.

Pope John Paul II gave many apologies, but usually on behalf of the Church for what was done centuries ago. Most notable was the “Day for Pardon” in March 2000, that asked forgiveness for a series of sins, including those “against the dignity of women and the unity of the human race” and “actions against love, peace, the rights of peoples, and respect for cultures and religions.”

But many remember how Pope John Paul II remained largely silent on the issue of clerical abuse because it “did not fit with his image of the Church,” according to Australian bishop Geoffrey Robinson. In a 2002 address to American cardinals, John Paul II did say he was “greatly grieved” that priests “had caused such suffering and scandal to the young,” but he stopped short of offering a personal plea for forgiveness.

Following John Paul’s example, Pope Benedict XVI stated in a 2010 letter that he was “sorry” that Catholics of Ireland had “suffered grievously” because of the “abuse of children and vulnerable young people.” But he did not apologize for lack of Vatican oversight over Irish bishops and priests.

Perhaps the closest parallel to Pope Francis’ apology was Pope Benedict’s expression of regret over “reactions” to his address in 2006 at the University of Regensburg, Germany, where he seemed to criticize Islam.

What is Pope Francis doing?

Fully accepting that the pope is a fallible human being can be somewhat of an emotional struggle for Catholics. While the pope – also called “The Vicar of Christ” – is considered to be infallible when he formally makes a statement about Catholic doctrine concerning “faith and morals,” the pope certainly makes mistakes in his priestly service and personal life.

Francis, however, is not shy about admitting his own fallibility as a pope and as a person. In fact, he said in a 2013 interview:

“I am a sinner. This the most accurate definition. It is not a figure of speech, a literary genre. I am a sinner.”

With that statement, Pope Francis was saying that he – a leader of 1 billion people – needs forgiveness and mercy too. And mercy and forgiveness have been the central themes of his pontificate.

Of the many responsibilities of a pope, chief among them is being a teacher. And when Francis apologized to the people of Chile and to victims of sexual abuse, he also was teaching the rest of us how to admit our sins as a first step in making things right. 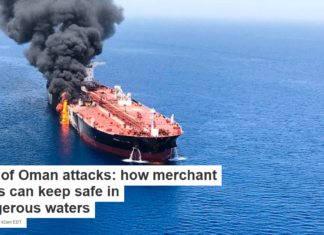 Staff Writer - June 18, 2019
Robert McCabe, Coventry University The latest attacks on two oil tankers in the Gulf of Oman have once again highlighted the vulnerability of merchant ships...

‘Trade wars are good’? 3 past conflicts tell a very different...

Why daylight saving time is unhealthy – a neurologist explains

To get people the help they need from the government, postcards...