By Thad Hall, University of Utah

Although the midterms are typically referred to as federal elections, there is no federal entity that governs the conduct of elections in the US. There are basic election laws governing the timing of federal elections and basic non-discrimination laws, but in general, elections are governed by state laws. And it is across the states that there is wide variation in how people can vote.

We often think of voting technology in the United States as the punch cards used in the 2000 election, or the touch screen direct recording electronic (DRE) voting machines that people use today in different parts of the United States.

Since the 2000 election, almost every jurisdiction in the US that had been using either punch cards or lever machines has switched to one of two options: either DRE machines or optical scan ballots. With these new voting mechanisms, after a voter fills in a circle next to the name of their chosen candidate, the ballot is scanned, the machine checks for errors, and finally the vote is counted. These newer voting technologies have resulted in fewer voters making mistakes on ballots because voters are given feedback when they skip a race on the ballot by accident or make a mark on a paper ballot that the scanner cannot interpret.

But not everyone votes in a polling place. As we see in the figure below, most states in the US have some sort of convenience voting. In 27 states and the District of Columbia, a voter can vote by mail using no-excuse absentee voting, which means any registered voter can vote by mail without providing a reason. In three other states (Colorado, Oregon, and Washington), elections are held almost entirely by mail. In 33 states and DC, voters can cast ballots in the weeks prior to the election in person, at a limited number of polling places in their local jurisdiction, in early voting.

Receiving a ballot in the mail would seem to be an easy way to boost turnout. However, having no-excuse absentee voting or all-vote-by-mail elections does not boost turnout in most jurisdictions. For the habitual voter, convenience voting makes it easier for them to do what they were already going to do: vote. But as Adam Berinsky has noted, most reforms to make voting easier just make voting easier for people who already vote; they rarely result in getting those who do not vote to start voting.

This lack of feedback about mistakes is quite problematic; research by members of the Caltech/MIT Voting Technology Project found that, in California, as the number of by-mail voters increases, so does the rate of ballots containing errors that keep votes from being counted. Even though counties in California have adopted new voting technologies that reduce voting errors for voters who vote in person, the reduction in errors voting have been offset by an increase in errors by absentee voters.

In this year’s election, we can expect more and more voters to cast ballots early and by mail. The question is whether more voters will make errors that result in their votes not counting.

Thad Hall does not work for, consult to, own shares in or receive funding from any company or organisation that would benefit from this article, and has no relevant affiliations. 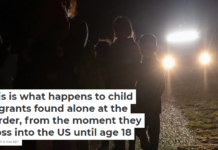 This is what happens to child migrants found alone at the border, from the moment they cross into the US until age 18 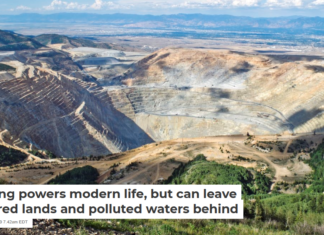 Staff Writer - October 3, 2019
Matthew Ross, Colorado State University Modern society relies on metals like copper, gold and nickel for uses ranging from medicine to electronics. Most of these...