In nearly half of US states, marijuana business is booming. Although marijuana is illegal under federal law, 23 states have legalized some marijuana use. Colorado and Washington even allow recreational use of marijuana.

Keeping marijuana businesses outside of the banking system causes problems for both businesses and regulators. Businesses must protect themselves from thieves.

In one instance a California medical marijuana retailer was allegedly kidnapped and tortured by thieves looking for cash. At the same time, regulators and law enforcement must make sure the money flowing into marijuana businesses is properly taxed and is not diverted to criminal enterprises.

Cash-only businesses are notorious havens for tax cheats. So why can’t banks accept business from the state-legal marijuana industry? There are three related reasons.

Banks that help the marijuana industry could be found guilty of “aiding and abetting” marijuana manufacturing or “conspiring” to dispense marijuana. It is also a crime to launder money – to engage in transactions knowing that the money came from marijuana.

The Department of Justice acknowledges that it does not have the resources to investigate and prosecute all marijuana-related crime. Instead, the Department of Justice issued guidance announcing a handful of enforcement priorities, like preventing the distribution of marijuana to minors and preventing the diversion of marijuana from states where it is legal under state law to other states.

Marijuana growers and retailers rely on the Department of Justice’s enforcement priority guidance. They open grow facilities and dispensaries trusting that federal authorities will not arrest them or confiscate their property. But banks are not so trusting.

Banks have more to lose if the federal government changes its priorities. Unlike so-called “ganjaprenuers,” existing banks have established business and significant income that is not tied to the marijuana industry.

Banks also have less ability to protect themselves from prosecution. A marijuana dispensary can adopt practices that reduce the risk it will unintentionally sell marijuana to a minor. In contrast, a bank must largely rely on the dispensary’s word that minors are not allowed to buy marijuana. Thus, banks don’t offer marijuana banking because they worry they might be criminally prosecuted.

If marijuana transactions involve an enforcement priority, like the sale of pot to minors, FinCEN expects banks to include that information in the report. Filing these suspicious activity reports is time-consuming and costly.

Mistakes can lead to criminal charges or fines. Some banks are unwilling to undertake this compliance burden and the risk that comes with it.

Banks in the United States cannot operate without deposit insurance. The FDIC warns that banks “need to assure themselves that they are not facilitating [their customers’] … illegal activity.” If a bank ignores the warnings, the corporation may revoke deposit insurance and force closure of the bank.

When federal regulators are asked directly about marijuana banking, they avoid the question. Earlier this year, Colorado Governor John W Hickenlooper and Washington Governor Jay Inslee asked the FDIC, the Board of Governors of the Federal Reserve, the National Credit Union Administration, and the Office of the Comptroller of the Currency for guidance on marijuana banking.

In response, the regulators sent a letter noting that banks should report suspicious transactions to FinCEN. The letter provided no further guidance. Instead, the regulators explained that “further clarity from Congress” on the marijuana banking question “would provide greater legal certainty for banks.”

Federal banking regulators seem to be hinting that Congress holds the keys to marijuana banking access. Others reach the same conclusion.

At the same time, congressional action may not be enough. Recently, the Department of Justice and FDIC have come under fire for policies that choke off banking access to legal, but “high-risk,” customers like payday lenders, gun and ammunition retailers, and the adult entertainment industry.

This experience shows that even if marijuana is federally decriminalized, regulators retain significant power to keep marijuana money away from banks. Until Congress and regulators act, state-legal marijuana businesses will struggle to find financial dance partners.

Julie Andersen Hill does not work for, consult to, own shares in or receive funding from any company or organisation that would benefit from this article, and has no relevant affiliations. 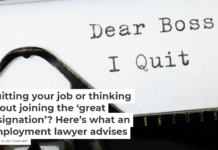 Quitting your job or thinking about joining the ‘great resignation’? Here’s what an employment lawyer advises 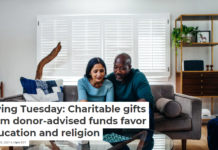 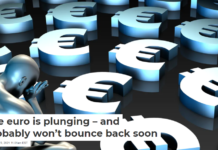 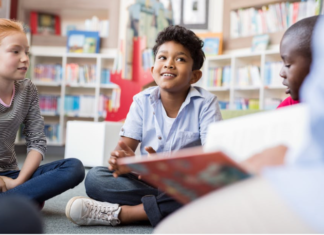 Japan turns to floating solar islands as it seeks to end...