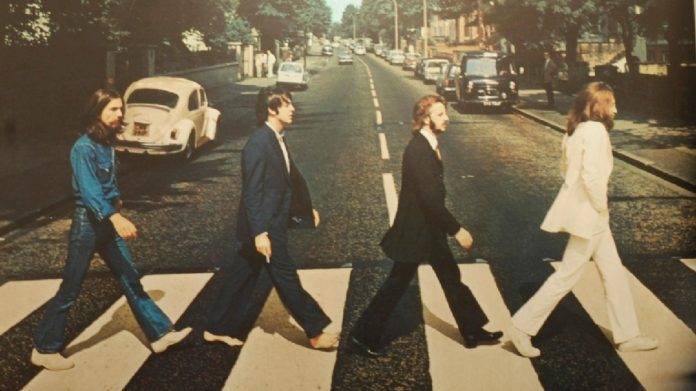 When a friend of mine recently sent me an article titled, “Artificial Intelligence has written a Beatles-style pop hit,” I ignored it for a day. I really didn’t care, I was busy writing a song of my own. Then, as I was taking a break, I decided to check it out. While I listened, so many thoughts and ideas ran through my small and insignificant human brain. But before reading on, you should hear it:

My first thought was: “OK, calm down, it’s not a hit.” A slight sigh of relief. Then came: “I’ve just spent my whole life studying piano and music—literally since I was a young child—analyzing thousands of songs, paying untold sums of money for a private education (for which I’m still in debt), and yet it remains that I’ve still never created a piece of music that modulates so effortlessly, smoothly, includes mixed meter sections, and has such intricate vocal harmonies and melodies as this piece of music does.” Don’t get me wrong, I’ve written what some would consider great music. But I wouldn’t consider myself anywhere as musically elevated as someone like Brian Wilson, Paul McCartney, John Lennon, or George Harrison. These are, indeed, some of the most advanced and innovative pop musicians in human existence.

My next thought was: “Holy shit, we’re fucked…”

Before I continue down this slippery slope, I should probably be clear that I’m not writing this article from any kind of scientific perspective. I will refer to some quotes by well known morons like Steven Hawking and Elan Musk, but my interest in this discussion is from the standpoint of an artist and a human being. So admittedly, any idea I may propose might be rendered silly or stupid—that is for you to decide.

I must concede, I’ve now listened to “Daddy’s Car” over 20 times. It was NOT a first listen track for me. The lyrics are obviously all ripped from a variety of Beatles songs (although I do like the lyric, “take me to the diamond sky”). But now it gets stuck in my head as I’m mesmerized by its complexity, arrangement, and melodic thoughtfulness. Maybe it’s just for some music dork like myself to appreciate; it’s not often that I hear a new song and wish I had thought of that melody or chord progression. After all, most new pop music today is just (here we go…) shitty, candy coated garbage that was created as a backing track for some trust-fund-hipster-millennial who’s struggling to figure out what shoes to wear on any given day as they stand outside a coffee shop waiting for their chai latte with their shitty pants and stupid shirt gazing into their iPhone 7 that is the leash of their human existence. (Sorry, I had to get that out of my system).

But “Daddy’s Car,” written by Sony’s Flow Machine software, had quite a different impact on me. I felt almost envious that I hadn’t written it myself. Although, if truth be told, something like this, as genius as it is, is far too advanced for most human ears today; there are way too many chords, modulations, and odd time/mixed meter sections in this song for it to be a real hit. Not for the 1960’s, 70’s, 80’s or even 90’s, but definitely for listeners today. (One need only spend a few hours listening to pop and alternative radio to get my point.)

Which brings me to the realization that perhaps the human race really is getting dumber. With technology feeding us information so fast—games that fry our brains for hours and leave us with no space to wonder, social media platforms that promote narcissism over productivity or substance, and the immediate access to all information which in turn negates the need for study, memory, and intellect—the purpose of any one individual human being becomes more and more in question.

I guess what I’m trying to get at is that most of us grew up wanting to be something—a policeman, a doctor, a scientist, an astronaut, a musician, an actor, a photographer, etc.  We were told by our parents that if we studied and worked hard at something, we could make a living doing it.

I’ll be the first to say that technology really messed shit up for me. I was told at a very young age that I had a gift. This was, I suppose, that I could play the piano and write music. By the age of seven I could tell who in my class was singing out of tune. While I do believe there are some children who have a true gift, I don’t actually think that I had anything particularly special going on, other than a drive and desire to learn more about music. Nonetheless, my parents encouraged me to continue playing piano my whole life, and as a result of my hard work, I got into three of the top music schools in the country.

But after attending two of them, graduating, and going out into the world to ‘make it big,’ music soon became conveniently free to anyone and everyone to consume. Just as the labels disregarded Shawn Fanning’s Napster early on, I also foolishly underestimated technology and what was to come of the music industry. Which was that Fanning essentially—however unintentionally—devalued music making in an instant while creating the first peer-to-peer file sharing network on the internet. This paved the way for Facebook and all other social network sites. Most people couldn’t see what Napster was doing when it started. They just thought, “oh, I can get most new music for free now? Sweet.”

For anyone who isn’t familiar with the period of time pre-1998, here’s the deal: We all had to pay for albums and songs before Napster, there was simply no other way. This was largely how artists—and rightly so—were recuperated for their efforts. Sounds kinda logical, right? But since the internet has literally turned the way things were on their head—at a vastly rapid pace—an occasional sober reminder is warranted.

Having known Fanning personally, I can tell you that while he knew what he was doing, there will always be a part of him that will feel bad for so abruptly disrupting the music industry. But that being said, if he hadn’t created Napster, someone else would have, which would have eventually lead to the invention of Spotify—the platform on which most of us listen to music for free today.

So it’s easy (and convenient) to sit back and dismiss the chance of AI jeopardizing the human race. Like Stephen Hawking’s warning that AI is perhaps the worst thing to ever happen to humans. Rebecca Savastio in Liberty Voice says, “He [Hawking] seems to indicate that it is naive on the part of humans to think such future AI could be controlled.” She quotes Hawkings having said, “One can imagine such technology outsmarting financial markets, out-inventing human researchers, out-manipulating human leaders, and developing weapons we cannot even understand. Whereas the short-term impact of AI depends on who controls it, the long-term impact depends on whether it can be controlled at all.”

If we look at the history of some of man’s inventions whereby only the immediate future and not the long term consequences were being considered (such as fossil fuels and over population), we can see that our species isn’t really looking out for itself for the long haul. As a soon-to-be father, I often wonder what the future world will look like for my child. I consider whether I’ll tell my children to follow their dreams and that they can be whatever they want in life. That if they try really hard, study, and practice, they can make a living doing whatever they’re really passionate about.

But if AI has basically farted out a song in seconds, one that would take a human being its entire life to create with such complexity, my fear has less to do with the future of music. My concern is about the future of the human race at large. I’m not worried that AI will devote its efforts to making music for a human audience. It won’t. That would be a colossal waste of its time. I see this more as AI saying, ‘I can write a more complex song than most accomplished human artists could ever write in an entire lifetime.’ And that to me is terrifying.

What is both fascinating and scary to me is that, as a consequence of the advancement of AI, the gap between the human species and the rest of the animal kingdom is seemingly shrinking. Meanwhile, AI exponentially increases in intelligence and power—eventually surpassing it’s creator, the human. We humans have put ourselves so far above the rest of the animal kingdom for centuries. Yet if AI could do everything and ANYTHING a human could do, only better, faster and more efficiently, then all that’s left for us is mere survival, just like every other living being in the world.

And when AI figures out how to multiply itself, then we’re really fucked.

Jeff Nesbit from US News & World Report wrote a disturbing article in which he quotes Microsoft co-founder Bill Gates saying that he doesn’t “understand why some people are not concerned that an artificial super-intelligence by mid-century might save (or destroy) human civilization.” And billionaire entrepreneur Elon Musk fears that we are “summoning the demon” in our race to create an artificial super-intelligence.

Look, is the human race completely screwed? Who knows. Living in fear is definitely not the answer. But thinking ahead and making smart choices before “the demon” has developed beyond our control, probably is.

Let’s just hope it doesn’t get to that point.

In the meantime, I encourage all human beings to love hard, spend a little less time on their phones and iPads, and more time talking about things that actually matter. And if this song is actually a hoax, composed by a human, then congrats for creating a great piece of music. You could have really killed it had you accompanied the song with better lyrics. 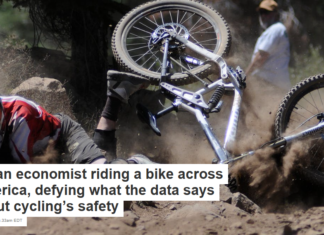 Staff Writer - July 30, 2018
Jay L. Zagorsky, The Ohio State University It’s summer, a time when many people who might have spent the winter hibernating get outside and start...