By Yijun Yu, The Open University

While the full picture has yet to emerge, it appears that the reason for the loss of Air Asia flight QZ8501 is different from the losses of MH370 and MH17 earlier this year. MH17 was clearly a man-made disaster, QZ8501 appears to be weather-related. MH370 remains a mystery.

Even though cloud-computing could help advance the status of the black box in terms of the investigation after such incidents, as we are only too aware, nature – in the form of bad weather – often plays a significant role in airline disasters. Is there anything we can do, on the ground, to lower the risk of these weather-related incidents?

Recently, Microsoft Research illustrated that combining real-time data from nearby flights, it is possible to predict the wind speed to an accuracy ten times better than the weather simulations by supercomputers. Augmenting the data collected from real-time sensors from the cloud, one can create a better simulation, thanks to the advances in the internet of flying things.

The internet of flying things refers to the technology which is ready for adoption by agencies on the ground who want to get a bird’s-eye view of weather conditions. The basic technology is already available for less than £500: equipping a drone or unmanned airborne vehicle (UAV) with a GoPro quality camera, enthusiastic fans can already survey the neighbourhood from the air.

If we look at the air crash incidents caused by bad weather conditions, can the killer technology of cloud computing and augmented reality be used as a life saver?

Is it cyclical reasoning to want to use this sort of cloud computing technology to tell us something that the pilots of a stricken aircraft can already tell from the flight deck? After all, when you fly into such wind speeds, is it not difficult to change one’s actions accordingly? Isn’t the flight simply doomed? Not necessarily. In this case, had nearby flying objects logged the abnormal wind speeds earlier they would have been able to notify air traffic control in time to issue a warning to flight QZ8501. In these situations, often timely interventions can save lives.

But before this idea can practically be realised, there are at least three obstacles to overcome if we want to harness the power of the internet of flying objects.

The first thing to note is that these flying objects shouldn’t be limited to aircraft – we could be talking about weather balloons, drones – anything in the air, in short, but these objects need to be identifiable. Only though identification can messages from these flying objects be recognised and trusted by authorities such as FAA. So, for example, the drones which – it is imagined – will be carrying goods to households (not to mention the many thousands of privately owned drones which have been so popular as presents this Christmas) must be regulated and their call signs logged by the authorities before they can be of any practical help. At present they are not. In other words, the autonomous flying objects are required to collaborate with air traffic controllers if we want to build a picture that will deliver a secure and trustworthy solution.

In addition, these regulated and registered flying objects need to be effectively networked, so that – through the exchange of real-time data – the crowd-sourced information delivers as accurate a picture as possible. Resolving any conflicts arising from information coming in from multiple sources requires a good computational model that can assign appropriate weight to the various sources of information.

And this aggregated data needs to depict a physical truth to decision makers – whether they are in front of the desk in the air traffic control centre, on the flight deck of a nearby aircraft or in command of the rescue team. The task of verifying available evidence against any possible internal flaws or external tampering would require that network security levels are brought to another level.

These three requirements are basic, but if they can be overcome, they might offer us a better opportunity to use today’s technology to provide safer air transport in the future. 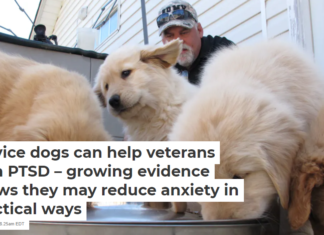 Why is it so tough for some to exorcise…