Roy Moore’s electoral defeat in Alabama is an important victory for #MeToo.

Let’s recall that the allegations about his preying on teenagers came to light amidst a wave of #MeToo-inspired charges. National attention to sexual harassment raised the profile of this state-level race.

The focus has now turned to Donald Trump, as some members of Congress call for investigating multiple complaints of sexual misconduct against him. If their call gains traction, it will be a remarkable development.

The words “movement,” “uprising,” and even “revolution” have been used to describe events over the past two months. As a feminist scholar, I see them as apt because of the unprecedented momentum and scale of the outcry.

There is also another term that quite precisely conveys what is happening: “disruption.” I borrow this term from technology and business writers who use it to describe an upheaval of institutionalized ways of doing things. In many ways, what we are seeing is a textbook case of cultural disruption.

According to the theory, disruptors are typically small actors who ask: Why should we do things the same way as before? They offer new and low-cost solutions to problems from below, moving “relentlessly upwards” and “eventually displacing” established institutions. In our time, disruptions in the business world are mostly made possible by digital technology, the best examples being Netflix, which used digital streaming to subvert network television, and Airbnb, which directly connected home sharers with potential guests.

I see sexual harassment victims as disruptors because they use social media platforms to circumvent legal channels for pursuing justice. The current sea change began with little-known individuals using Twitter and Facebook to share personal stories, echoing the “survivor speak-out” model long championed by feminists of the anti-violence movement.

The scale of the viral #MeToo hashtag led journalists to investigate and publicize victims’ stories. Effectively, this allowed a short-circuiting of the law. Lawsuits pose burdens of proof that are sometimes impossible to meet. How do you produce material evidence of unwanted touching or obscene words said in passing? So victims said: I need a different route to justice. By speaking publicly and shaming their harassers, victims have disrupted legal channels of redressal.

In court, you are innocent until proven guilty. But #MeToo has tilted public sympathy and power in favor of accusers by showing how widespread sexual coercion is. Taking accusers more seriously than those accused is a reversal of the principle of legal due process. Yet because those who are victimized have been so ill-served by legal burdens of proof, they are using the most effective alternative available. And many in the public are, for now, trusting the investigation process followed by reporters and management and ethics committees.

Some journalism outlets such as The Washington Post are using stringent investigative methods. Its reporters were not duped by false claims made by a sting operation. The pressure to be thorough and fair is very high, since the possibility of false accusations is real. This chaotic quality and the need for vigilance is reminiscent of other disrupted environments: Airbnb offers guests no guarantee of safety, and guests take on the risk of racism and sexual assault.

What remains to be worked out, after the dust settles, is a genuinely transformative solution to the problem of sexual coercion— one that goes beyond shaming and punishment to enabling perpetrators to take responsibility for the harm they have caused.

In the business world, disruptors typically take advantage of vulnerabilities in an industry or market. In this case, sexual harassment complaints are primarily effective in sectors where reputations matter, such as entertainment and politics. Media companies and political parties do not want to risk the public relations fallout from scandals. As a result, we see swift firings and resignations on the heels of allegations.

Yet media industries and politics, while being challenging environments for women, are not known to be the worst sites of gender-based abuse. The arenas considered historically unfriendly to women are male-dominated sectors such as construction and blue-collar trades, surgery and finance. The most troubling sectors, feminist scholars note, are those where private settings make abuse easier, such as domestic work or childcare, and service industries such as restaurants, where the pressure to seek tips make servers succumb to customer requests. But harassers in these sectors are not celebrities and therefore less vulnerable to public shaming.

The term “disruption” is also apt because it is a wholesale attack on an institution. Disruptors draw few distinctions between the valuable and less-valuable features of institutions, or the worst or least offensive perpetrators. The goal is to upend a system, or in this case, to root out a systematic problem. For instance, the distinctions between Democrat and Republican party positions on women’s issues seem less meaningful right now, as allegations against members of both parties spill out. The pent-up fury driving victims to come forward has meant dispensing with this distinction.

Finally, it is worth noting that the energy associated with this movement, as with many disruptors, is youthful. The driving force behind the movement against sexual harassment is young women, who, according to a Pew survey, most readily identify it as a widespread problem. This is not surprising; it is those in the age range of 15-35 years who are most frequently harassed, and the young are also the most avid users of social media platforms. Women in older age groups are, of course, also speaking out about past experiences of harassment and its very real effect on their lives and careers. But in the impatience and refusal of the status quo, we can distinctly hear a new generation’s voice. 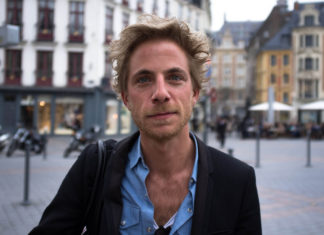 Staff Writer - October 29, 2014
By Christopher Olivola, Carnegie Mellon University When we make important social decisions – which political candidate to vote for, whether to trust someone with our...

Trillions in infrastructure spending could mean hundreds of billions in fraud