It’s the most wonderful time of the year, when holiday parties collide with collegiate and professional athletics events. What do they all have in common? Booze, lots of it, and often free. It’s no wonder the lead reindeer has a red nose.

Of course, drinking isn’t limited to a single season, but it holds a prominent place during the holidays. Across a few short weeks, consumption of spiked cider, boozy nog, wine, beer, cocktails and variations thereof may be higher than at any other point in the year. One industry study suggested that drinking doubles at this time of year. During this party time, we see up close the drinking habits of our partners, co-workers, relatives and, of course, ourselves.

This holiday season, you might take notice of just how much you drink. You may start to question your motivation for drinking. Or wonder about the long-term effects. While it might be tempting to dismiss these unsettling reflections, as director of the University of Florida Center for Addiction Research and Education, I encourage you not to.

How many is too many?

About one in eight U.S. adults met criteria for an alcohol use disorder in 2013 – the most recent year for which we have data. Compare that to just over one in 12 in 2002. That’s a nearly 50% increase.
Alcohol misuse can lead to interpersonal violence and physical injury and worsen medical and psychiatric conditions. Besides its impact on health and well-being, alcohol misuse costs the U.S. an estimated US$224 billion a year in lost productivity, health care costs, criminal justice costs and others. More than 75% of those costs are associated with binge drinking.

But these statistics don’t answer the question I get most often from friends, family, casual acquaintances and even strangers at parties or on cross-country flights. What everyone wants to know is, “How much can I drink without being an alcoholic?” The answer is, “It depends.”

To effectively address the question, we must rethink our use of the term “alcoholic.” People have disorders; they are not themselves these disorders. The distinction is not merely a matter of semantics. It is fundamental to eliminating the stigma of substance use disorders and other psychiatric conditions.

That’s because two people could drink the same amount and experience completely different consequences. So, the diagnostic criteria for alcohol use disorder focus on those consequences, rather than number of drinks imbibed.

For example, inability to control your drinking, no matter how much you drink, is a red flag. Having cravings for alcohol is another one. Does drinking interfere with your work, school or home responsibilities? Do you drink in situations in which you know it’s risky to do so?

Of course, the more you drink, the more likely it is that you will experience negative consequences.

Most drinkers do not develop a disorder. But that doesn’t mean you’re off the hook. Research shows that Americans are drinking more and for longer each time they drink than ever before. And, adults are continuing to drink into older ages than ever before.

Women, in particular, seem to drink more as they age. A significant percentage of drinkers over age 55 often exceed the National Institute of Alcohol Abuse and Alcoholism’s suggested guidelines for moderate drinking without necessarily meeting criteria for an alcohol use disorder. Whether you have a diagnosable disorder or not, all this drinking can cause problems.

One of those problems is driving. People mistakenly think of this as a young person’s problem. But about one in four adults 45 to 64 and another one in 12 over age 65 report driving after drinking in the previous month.

Putting all this in the context of the holidays, it’s not just the pervasive presence of booze that makes us drink. It’s the party culture. If you’re seen without a drink, you are often encouraged to take one. If you lose track of your drink, you get another (full) one.

This excess may meet criteria for a binge drinking episode. For women, that’s four or more standard drinks in a single occasion. For men, it’s five or more. And, as for “standard” drinks, we all know that many of us are typically pouring ourselves two to three times the standard in every glass.

Binge drinking, too, is increasing in older adults. And that matters because it has an immediate impact on driving abilities, fall risk and prescription medications.

Should I take action?

If your alcohol use is gnawing at your conscience, you have options. Talk candidly with a trained professional about your drinking. Access the National Institute of Alcohol Abuse and Alcoholism website, where you can assess your drinking and seek help. If you believe a friend or relative has a problem, talk with someone who can help you identify next steps.

Here are some ways to be a safer drinker:

If you think your holiday drinking could be a sign of a year-round issue, discuss it with a medical or behavioral health provider. There are a variety of options, including the support and help of Alcoholics Anonymous, which is free. Online AA meetings are also available. For more information, visit: https://www.aa.org. 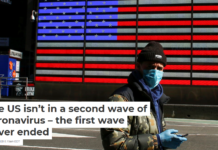 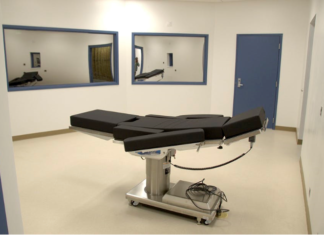 Staff Writer - November 18, 2017
Austin Sarat, Amherst College Nevada has temporarily called off its first inmate execution in 11 years. Scott Dozier, sentenced for the 2002 murder of his...

Why do people still use fax machines?