There is nothing wrong with strong opinions. They are healthy in a democracy – an apathetic electorate is an ineffective electorate.

But a curious fact about American society’s supercharged political culture is that even the most humble debates (think: Which fried chicken sandwiches are best?) turn a tweet into matters of conviction.

The result is that many of us come to see criticism as intolerable and disagreement with our opinions as a mark of moral inferiority.

‘Where your beliefs meet your identity’

I’m a philosopher who studies truth and democracy. And as I argue in my recent book, “Know-it-All Society: Truth and Arrogance in Political Culture,” the key to understanding why people are prone to turn straightforward disagreements into matters of conviction lies in understanding what convictions are in the first place.

A conviction isn’t just a strongly held belief. I strongly believe that two and two make four, but that doesn’t rise to the level of a conviction.

Convictions are about what matters to us. Most importantly, they signify to others what kind of person – parent, friend, citizen – we take ourselves to be. They reflect our self-identity. It is this fact that makes a conviction feel so certain, so right.

This is pretty obvious in some cases. Whether you are Catholic or Protestant, Jew or Muslim, your religious convictions shape the kind of person you and others see yourself as being. The same is true of your convictions about hotly contested ethical issues like abortion, the death penalty or gun control. In such cases, conviction becomes where belief meets identity.

Of course, people do change their minds about such things, but the connection between conviction and identity helps to explain why it is so difficult for them to do so – even when the evidence points in the other direction.

People’s convictions reflect the kind of person they aspire to be, and as a result they are ready to make all sorts of sacrifices for them – including sacrificing the facts and logic if need be.

And because it is connected to a person’s identity, giving up a conviction – even admitting it might need some improvement – feels like an act of self-betrayal and a betrayal of their tribe.

And naturally, the tribe may well agree. As a result, and as Yale psychologist Dan Kahan and his colleagues have emphasized, it can actually be pragmatically rational to end up ignoring the evidence and sticking to your convictions. No one wants to crush their self-image; nor does anyone want to be voted off the island.

Conviction’s connection to identity also helps to explain how our increasingly polarized political culture can encourage us to turn every debate – from debates over chicken sandwiches to the path of hurricanes – into a grudge match.

People’s identities, particularly political identities, are not formed in isolation. We construct them by adopting opinions that are woven into larger cultural stories of the tribes we want to remain a part of.

And it is the nature of cultural narratives to expand – to go beyond the question of who to vote for to what kinds of cars to drive, sports to watch and coffee to drink. The stories become about who “we” are, who “they” are, why we are right and they are wrong.

As a result, opinions about questions that should be settled by empirical data – like the safety of vaccines or the effectiveness of a wall for stemming illegal immigration or the reality of climate change – end up being absorbed into a larger identity-shaping story. They become convictions and immune to evidence.

So what happens when it becomes super easy to share and shape our convictions – when people carry in their pockets devices essentially designed to do just that?

For many, identity is increasingly constructed online, their self-image determined by what social networks say about them and what they say in response.

Social networks, in turn, can act as tools for reinforcing and policing the way in which people describe each other and the convictions these descriptions encourage. Platforms like Facebook not only let people communicate their emotions; they let people reward and punish each other for doing so.

Put these facts together – that our identities are shaped by cultural narratives and those narratives are increasingly told online – and you get our digitalized political culture, which promotes, rewards and upholds blind conviction.

As a result, commitments that we think are principled, a result of the evidence and our individual story of our best self, are actually just fragments of a larger cultural story.

They’re not really “ours.”

When people are unaware that convictions can seem principled while actually being blind, they are helpless in the face of the conviction machine. And that helplessness makes their stories – their very identities – vulnerable to being hijacked by those who feed off tribalism and focus conviction-inspired rage into an ideology of contempt and hate. 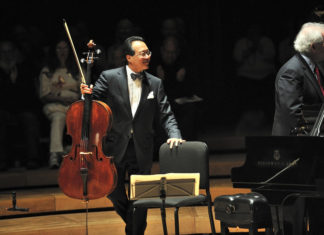 Staff Writer - July 23, 2015
Amy Spray, University of Liverpool The notion that musical training can have positive effects on cognitive functions other than music has long been a source...

Study: 60 percent of rural millennials lack access to a political...