On March 25, European Union leaders celebrate the 60th anniversary of their founding treaty, a central pillar of the structure set up in the aftermath of World War II to solidify peace, prosperity and partnership in Europe.

Over the last 60 years, the EU (and its predecessors) has served as an essential U.S. partner: for example, by enhancing economic opportunity for U.S. companies in Europe and increasingly supplying vital foreign assistance and diplomatic support to help solve international problems. Indeed, if the EU did not already exist, the United States would be looking to invent something like it to help preserve peace and generate prosperity on a continent that suffered through two devastating world wars.

More recently, however, the EU has faced a variety of existential threats as the euro crisis rattled its members’ financial well-being, economic growth slowed, U.K. voters opted to leave the union and “euroskeptics” in countries like France and the Netherlands use criticism of Brussels to contest elections. And even in the U.S., some reacted to Brexit with cheers.

The bottom line – based on our many year of experience as diplomats, policymakers and researchers on transatlantic issues – is that the U.S. needs a strong economic and political partnership with Europe to advance its own economic well-being and address vexing international and regional issues. Such a partnership would be enormously more difficult to maintain without the EU’s single voice, something Washington would be wise to remember.

As it happens, the EU might not even exist today if it wasn’t for the United States and its efforts to rebuild Europe – via the Marshall Plan – and stop the spread of Communism following World War II.

Seventy years ago, U.S. Secretary of State George Marshall, U.S. President Harry Truman and members of Congress – Republicans and Democrats alike – agreed that the way to ensure peace and prosperity in Europe was for Europeans to develop interdependent, competitive economies. What we now know as the European Union emerged from these American efforts.

And it has worked. The EU – whether through the European Council of heads of state, the European Commission or the European Parliament – has helped underpin prosperity and economic competition among democratic nations on the continent.

The EU’s single market in particular has led to unprecedented wealth, as it established rules and norms for doing business across the member states. The EU has also served as the vehicle for embracing Central Europe into that market and community of members after the fall of the Iron Curtain and still remains a pole of attraction for others hoping to join the EU.

The economic ties that bind

Even from an “America first” perspective, it is important to recognize how much value has been created by the European Union’s single market and other initiatives that have made Europe’s economy more integrated and open to U.S. businesses.

For example, today the transatlantic economy generates US$5.5 trillion in total commercial sales a year and employs up to 15 million workers on both sides of the Atlantic. Combined, they represent the largest and wealthiest market in the world, driven by investment in both directions.

Roughly 60 percent of America’s total foreign assets are in Europe. Sales in Europe by EU units of U.S. companies topped $3.1 trillion in 2015, and their assets in the region are valued at an estimated $15.7 trillion. Europe accounted for over 70 percent of the $3.1 trillion invested in the U.S. in 2015, while European assets in the U.S. are estimated to be worth $8.4 trillion. Trade in goods across the Atlantic has almost doubled since 2000, totaling $686 billion in 2016, and 45 states export more to Europe than to China.

With a deeply integrated economic relationship of this size and nature, the U.S. should take steps to increase the ease of mutually beneficial economic activities, and urge the EU to take steps needed to spark economic growth.

If the Trump administration wants to address the U.S. trade deficit with the EU, for example, let’s negotiate a new economic agreement that takes better advantage of the massive transatlantic market place described above. The U.S. and the EU were trying to forge such an agreement via the Transatlantic Trade and Investment Partnership before the U.S. elections. While that agreement remains on hold, we believe a strong trade deal between the partners could open up job opportunities for new generations on both sides of the Atlantic.

EU is also a partner for the United States in tackling international problems and vital as a source of funds to meet humanitarian and development needs in almost every corner of the world. This role is even more important if the U.S. wants to reduce its own aid spending.

The EU and its members together provided over $87 billion in official development assistance in 2015. That is 55.7 percent of the global total. The comparable number for the United States is just $31 billion, or 23.6 percent.

On the diplomatic front, it is true, the complicated institutional makeup of the EU often means slow decision-making, and it becomes very hard when competencies and authorities at the EU conflict with those of the member states: for example, in fighting terrorism or dealing with refugees. The EU has taken major strides to improve this, such as by establishing a high representative to speak for members in a range of regional situations. The EU has been an active partner on Ukraine, Iran, the Middle East and Afghanistan, for example.

Despite the remaining shortcomings, in other words, the EU is still a much stronger foreign policy partner for the U.S. today than in the past. If the EU were not there to contribute significant resources to help deal with major humanitarian crises, handle the fallout of conflicts and terror and bolster the prospects for peace and stability in countries like Ukraine, a much greater burden would fall on the United States.

Winning with a strong Europe

The U.K. vote to leave the EU in June, which will surely leave the British poorer economically, only adds to the aging union’s woes as the two sides negotiate their future relationship.

Russia, meanwhile, is trying to divide and weaken Europe. And some in the U.S. are likely tempted to leave Europe to the Europeans and to tend to our own concerns.

The United States, however, remains an integral part of the European equation through bilateral ties, NATO and relations with the EU. We have learned, often to our sorrow, that whenever we ignore European problems, we end up paying a higher price later, as was the case when we pulled inward in the decade before World War II.

American interest in a strong EU, then, derives from a steely-eyed appreciation of fundamental U.S. national interests: a Europe that is at peace and open to U.S. goods, ideas and cooperation.

While the U.S. would be wise to let Europeans sort out their political differences and options for integration, America will pay enormously if the process of European cooperation or prosperity goes badly off track. We should be clear-eyed about potential costs and work to deepen transatlantic cooperation.

The U.S. will not be better off with a divided and weak Europe. We win with a strong European partner. 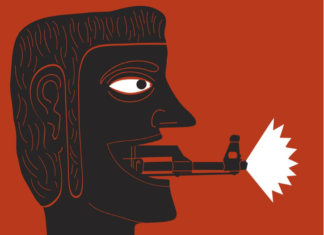 Giving people money with no strings attached is good for their...