The U.S. population has changed substantially in the last half century, growing by nearly 63 percent.

Perhaps the two most prominent demographic changes over the past 50 years relate to age. In 1968, the baby boom had just ended, and the oldest members of its cohort were only 22 years old.

Demographers and geographers like myself have watched as this aging cohort transformed the U.S., from young children in the 1950s and 1960s to senior citizens today. This graying of America has left a distinctive geographical fingerprint.

What may be more of a surprise is the broad swaths of elderly running through the Midwest and the Appalachians. These regions have aged significantly, as many younger residents headed toward the coasts.

Younger people have also moved out of New England, primarily in search of jobs. Maine, New Hampshire, Vermont and Connecticut are among the seven states with a median age of over 40 in 2010; Pennsylvania, West Virginia and Florida are the others.

Not only is the U.S. aging, but the number of deaths is rising. This trend will accelerate over the next few decades.

Meanwhile, the number of births has declined since 2007. In fact, in 2013, over 30 percent of all U.S. counties experienced a phenomenon known as “natural decrease,” due the greater number of deaths than births. Natural decrease is now most prominent in Maine, the Appalachian region, the Great Plains and the Midwest.

Demographers expect this phenomenon to expand geographically over the coming years, as the general population continues to age.

Movement around the US

The country has also become more urban. The percentage of the population living in urban areas increased by about 7 percentage points between 1970 and 2010. Urbanization increased in all states except Oklahoma and Maine.

Despite this trend, many cities are now shrinking – particularly cities in the Northeast and Midwest. More people, particularly young adults, are leaving these places for economic opportunity than are coming in. The percentage of the population living in large cities has declined since 2013, while the percentage living in smaller cities increased from 17.9 to 20.1 percent.

Today, Americans are far less likely to move than they were 50 years ago. In 1968, 19 percent of the population changed their principal place of residence. This figure declined to just 11 percent in 2015.

In fact, despite a much larger population today, fewer total people are moving. In 1968, 37.3 million changed residence, while only 34.9 million did so in 2015. Indeed, the mobility rate in 2016 was the lowest it had been in decades.

Much of this change is attributable to age. People are less likely to move as they age. In 1968, parents of the baby boomers were in their highly mobile, young adult years, but today boomers are older and more apt to stay where they are.

Migration over the last 50 years has led the population to become more bicoastal. In 2010, 46.2 percent of Americans lived in states bordering the ocean – up from 43.2 percent in 1970.

Baby boomers have contributed to this trend. Fifty years ago, this group was spread out evenly among the rest of the general population. By 1990, they had became more bicoastal and were concentrated in a small number of dynamic, growing metropolitan areas.

Between 1990 and 2000, a substantial number of boomers flocked from these metro areas to amenity-laden retirement and pre-retirement regions, like the Pacific Northwest, Florida, northern Wisconsin and Michigan, as well as some areas of the South, like the Ozark region and the Western Carolinas.

These areas have continued to grow, while baby boomers moved away in their greatest numbers from the southern Great Plains and the area along the Mississippi River Valley.

With the aging of the baby boomers, Generation X and millennials are now beginning to drive demographic change. With time, these groups will take an increasing role in determining the evolving geography of the U.S. 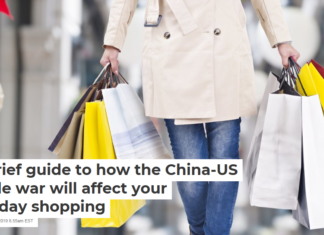 The first Thanksgiving is a key chapter in America’s origin story...

On 50th anniversary of Attica uprising, 4 essential reads on prisoners’...