The international climate change conference that concluded in Katowice, Poland on Dec. 15 had limited ambitions and expectations – especially compared to the 2015 meeting that produced the Paris climate agreement. It will be remembered mainly for its delegates agreeing on a common “rulebook” to implement existing country commitments for reducing emissions.

The deal is vital. It keeps the new global climate regime alive. It maintains a path to deliver financial and technical assistance to vulnerable countries and peoples. Actors with quite divergent interests, including the United States, the European Union, oil producing states, China, India and small island nations all accepted a common approach to measuring progress.

But from my perspective as a social scientist focusing on conservation and international development, the technical orientation of the Katowice meeting failed to match the urgency of needed climate action. Negotiators made little progress toward deeper emissions cuts. Nor did the meeting do much to help the most vulnerable people, ecosystems and nations.

Delegates in Poland were simply unprepared to work toward the radical structural transformations for which the Intergovernmental Panel on Climate Change called in its special report in October 2018 on the implications of failing to hold global warming to 1.5 degrees Celsius.

This report showed the enormous risks if average global temperatures exceed preindustrial levels by more than 1.5 degrees C. Unless the global community brings runaway emissions under control within 12 years, it will be too late to hold temperature increases within that range.

Such an undertaking requires countries, businesses and households to shift away from existing energy and transportation systems. New land use practices and diets that reduce emissions are necessary. Changes in basic social dynamics on this scale are unprecedented in human history except during times of war.

Four oil-exporting countries – Kuwait, Russia, Saudi Arabia and the United States – prevented the delegates in Poland from officially welcoming the IPCC report. Many critics viewed this action as downplaying the report’s urgency.

India’s high and rising greenhouse gas emissions, and the fact that some 600 million of its poorest and most vulnerable people depend on agriculture, make it a particularly important player in climate negotiations.

To keep global emissions under control, it is critical that India take meaningful and decisive actions. Bold action is also necessary to make Indian households more resilient against climate change.

India’s emissions have grown rapidly since 2000. It currently emits about 2.5 gigatons of carbon dioxide equivalent annually, making it the world’s third largest emitter, after China – which produces about 9.5 gigatons yearly – and the United States at 5 gigatons Admittedly, India ranks far lower in terms of its per capita emissions, which place it 105th in the world.

More than two-thirds of India’s emissions are from the energy sector. Of that amount, more than 75 percent can be attributed to electricity generation.

India’s energy mix is set to improve. It is increasing reliance on renewables; it has placed a moratorium on the construction of new coal-fired power plants; and, it is attempting to improve energy use efficiency.

But without far more aggressive action, its aggregate emissions will continue to rise. This is because India needs to meet the energy needs of a growing and increasingly wealthier population. Also, over time, more Indians will gain access to energy from utilities rather than using cookstoves and open hearths.

In its official statement on the COP24 agreement, India praised the outcome as positive. During the meeting, delegates recognized India’s progress in meeting its commitments to reduce emissions. Renewable sources are projected to account for 40 percent of its installed electrical energy capacity by 2027, and could reach 60 percent of installed capacity by 2030.

But on at least two counts the negotiations did not meet India’s goals. First, the 2015 Paris Agreement recognized the principle of “Common but Differentiated Responsibility and Respective Capacities.” This principle highlights the historical injustice of climate emissions and inequitable use of the global atmospheric commons. It aims for richer nations to make larger emissions cuts.

At Katowice, as one official from India’s Ministry of Environment, Forests and Climate Change noted, India was the key country to raise this principle and the continued need to recognize it. But rich countries blocked its recognition in the Rulebook that conferees adopted.

The Katowice agreement, however, sidesteps these concerns about climate finance by not addressing them officially in the final agreement. The one positive from the meeting is that rich country negotiators agreed to revisit the issue of scaling up financial contributions in 2025.

The Indian government’s commitment to reduce greenhouse gas emissions means very little for much of the country’s population that lives in grinding poverty. More than 600 million Indians need meaningful and decisive national action for adaptation. They also need international financial support and technology transfer commitments. Such support will help them adapt to the rising climate threats of hurricanes, floods, droughts and heat waves.

National actions and international support are necessary to help poor and vulnerable Indian households make their current livelihood strategies less climate sensitive. They can enable adults and children to learn climate-resilient skills, including artisanal production, small-scale processing and employment in the service sector.

In extreme cases, such interventions would support migration to new places less exposed to climate threats. Vulnerable households need programs and policies that make their lives more resilient. Those who have recently escaped the clutches of poverty need action so that they do not slide back.

International negotiators and India’s business and political leaders need to come up with measures that can help the poor and the vulnerable now. Households throughout the lower-income world, not just in India, need supportive efforts today. Waiting for 12 more years to launch programs for enhanced resilience will be too late for many of them. 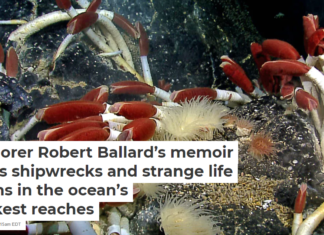 What’s behind the belief in a soulmate?