In March 2015, San Francisco 49ers linebacker Chris Borland shocked football fans when he announced his decision to retire after just one season in the NFL.

He explained that he was concerned over the long-term health hazards of football-related head trauma, and journalists and media personalities covered the story extensively.

Some observers asked if Borland’s retirement might prove the “beginning of the end” for the NFL, while others suggested that the league would remain unchanged.

But looking beyond the NFL, might Borland’s decision – along with the ever-growing body of evidence on football-related concussions and brain injuries – influence football at the youth level? With professional athletes serving as role models to children aspiring to follow in their footsteps, the decisions of popular sports stars can often have a major impact on the safety of youth athletes.

Parents generally have final say over the activities their kids participate in. Should they follow the lead of Borland, and forbid their children from playing football? Unfortunately, there’s no simple answer. Instead, a host of issues – cultural, social and physical – need to be weighed.

In ice hockey, the decision of all-star NHL goalie Jacques Plante to begin wearing a face mask quite literally changed the face of the game.

In the 1950s, hockey goalies didn’t wear face masks. Some observers at the time argued that parents who allowed their children to play hockey without proper equipment were violating their duty to protect their kids. However, despite these concerns – and the sport’s inherent violence – wearing head protection was generally regarded as a sign of cowardice.

Plante’s bold move (and success on the ice) helped challenge a prevailing culture in which wearing face protection was frowned upon. Others soon followed his lead: both professional and amateur hockey goalies adopted face masks, an innovation that prevented countless injuries (while saving untold numbers of teeth!).

Protection is at the heart of parenting

Clearly, the actions of prominent players within a sport can have a huge influence. However, Plante didn’t decide to stop playing ice hockey; he simply chose to wear more protective equipment.

So what happens when a young, healthy star like Chris Borland walks away from a popular sport entirely? With Borland’s decision, how should parents respond on behalf of their children?

Asking if and when tackle football is appropriate for children raises fundamental ethical challenges. As a professional adult athlete, Borland can choose to walk away from football if he deems the sport too risky.

But in general, parents must make these decisions for their children. It’s both common sense and scientific fact: children don’t possess the full range of emotional and cognitive abilities to make judgments about what’s in their own best interest.

Parents, then, have a moral obligation to protect their child’s health and welfare.

Weighing the risks with the benefits

These are complicated questions, especially when it comes to a sport as beloved and culturally important as American football.

For many parents, the potential long-term risk of head trauma is not the only factor they consider when signing their children up to play football. They are also considering the benefit of physical activity. Perhaps even more importantly, there are the social, emotional and mental health benefits of playing team sports. Finally, football plays a uniquely prominent role in the social life of many American schools and communities.

Sports Illustrated writer Greg Bedard recently noted that football “remains a pillar of community, a tie that binds.” A number of parents cherish the social skills, bonding and connection to the larger community that participation in such a sport can provide for their children.

Many people also believe that at least some of the violence inherent to football is, in itself, a benefit. They argue that children and adolescents – particularly boys – are inherently aggressive, that football provides a relatively healthy outlet for that aggression.

Yet the scientific evidence for some of these claims is slim. It’s not clear, for example, that tackling each other on the football field is the only (or best) outlet for high-energy adolescents. And alternative sports or other activities such as music or theater can teach children social skills.

What the research does – and doesn’t – say

At the same time, there’s also a dearth of scientific evidence showing long-term health risks associated with youth football. The most recent research indicates that repetitive hits to the head (even if the hits do not cause concussions) can alter the brains of high school football players.

Yet what these changes mean for these adolescents’ long-term health is still unknown. No one has yet done a study to see if youth football players who stop playing upon reaching high school or college are more likely to develop dementia or other diseases later in life.

In 2014, the NFL acknowledged that nearly one-third of its players would go on to develop long-term cognitive problems, but the comparable risk for children who played in middle or high school is unknown. Many factors – the speed and age of the players, the magnitude of the hits – make youth football quite different from the professional game.

In the meantime, some researchers have suggested eliminating high-impact drills for youth players during practice. Yet such harm reduction strategies have not yet been evaluated to see if they protect players’ long-term health.

Unfortunately, parents cannot wait for scientists to reach a clearer understanding of the exact risks of youth football.

They have to make decisions for their children in the context of significant uncertainty about just how dangerous – and how beneficial – football may be.

Knowing that there may be significant risks and that children are vulnerable, perhaps parents should err on the side of caution and limit their children’s participation in football. Certainly, the risk of cognitive impairment should be weighed differently from the risk of arthritis or lower back pain.

Nonetheless, balancing the advantages of a more cautious approach with its disadvantanges – potentially depriving children of a fun and valued activity – is no easy matter. There may be no single right answer, but parents must carefully consider what we know about football and children’s health, and what remains to be learned.

This article is part of our youth sports series. To read the others in the series, click here. 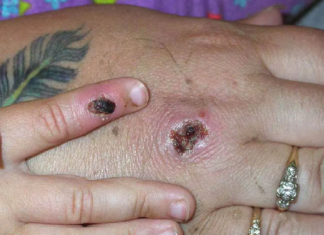 Staff Writer - May 20, 2022
Rodney E. Rohde, Texas State University On May 18, 2022, Massachusetts health officials and the Centers for Disease Control...