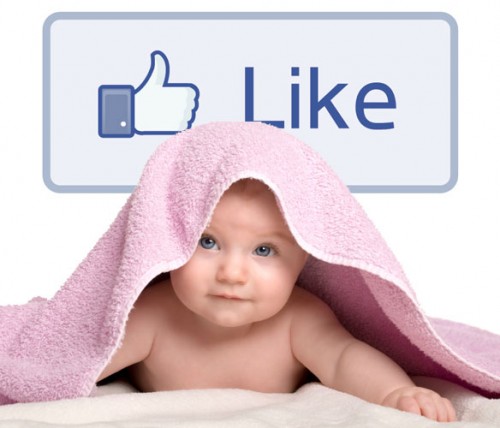 I’m almost 7 months pregnant with my first baby, and in preparing for this new human being to enter our lives, one of the ‘getting-on-the-same-page-about-parenting’ conversations that my husband and I recently found ourselves having was about social media. But it was less about the access we plan to give our kid to it—we figure we’ve still got a few years to nut that one out, and anyway, at the rate that technology and the internet are developing, for better or for worse, social media will likely be a vastly different landscape in five years time. Our concern was about whether or not we should reveal our baby to the world by way of social media.

My husband’s stance was clear and absolute: There will be zero pics of our baby on Facebook, Instagram or any such online platform. For our close friends and family, we can set up a private invite-only-type account, he suggested. But wasn’t certain what that would be. “I don’t want to be one of those couples who posts cheesy pictures of our baby on Facebook.” (It’s probably important to note that my husband is not on Facebook.)

A large part of me agreed with him. But less because I think it would be cheesy. My concern is more about autonomy, anonymity, and our daughter’s right to maintain her privacy until she is old enough to make the decision of self exposure and an abdication of privacy for herself.

Another part of me felt an almost FOMO (fear-of-missing-out)-type of response takeover: “But ours will be the only baby that no one gets to see…”

No doubt, one of the main reasons parents all over the world are repeatedly driven to post their babies and children on social media is because they are so overwhelmed with pride that they simply have to tell the world about it. Although I haven’t met my little person yet, I’m almost certain she will be extraordinarily beautiful and funny and edible in ways I will feel difficult to contain or keep to myself. (Hell, I struggle not to post a daily Instagram update of my dog.) Facebook has provided parents with an evidently much longed-for gloating platform. I get it.

And yet, that larger part of me still doesn’t feel right. Once my baby is birthed and is a living, breathing person in the world, she will no longer be me. She will be her. And so, while I may wish to share images of her with my cyber community, what about what she wants? No one posted anything of me when I was a baby or a kid (granted, the internet didn’t exist then), where do I get off making such a privacy breach on her behalf? To really do these questions justice, it’s probably necessary to look at what privacy means to people today as well as the actual repercussions of handing information like photos over to corporations like Facebook on the internet.

CNN revealed that almost half of the Americans who participated in a 2012 study expressed a “low-level concern” about online privacy, and 70% of them were comfortable with sharing personal photos online. Children born from parents who are in their 30s and early 40s today are the first generation who will live their entire lives—starting from birth—with an online identity. While on the surface parents may see little harm in their actions—CNN said that most parents who were asked about what it means to raise children in an era of greatly diminished privacy, commonly responded with: “I really have nothing to hide, and who would be interested in my life, anyway?”—CNN suggests that these attitudes miss the point because “privacy is one of those nebulous rights that doesn’t matter until it matters.”

Business psychologist Thomas Chamorro-Premuzic from The Guardian wrote that his research suggested that increasing individuals’ sense of control over their data often leads to higher levels of online disclosure, including their willingness to be personally identified. “This effect has been labeled the “control paradox” because by letting consumers decide precisely what information to share, they effectively end up sharing more and potentially becoming more vulnerable—victims of their own disclosure,” he attested. “This is consistent with scientific evidence indicating that while Facebook users have tended to increase their privacy settings over time (in the period between 2005-2011) they also increased the amount and level of personal information they share.”

But what are the actual risks? And don’t the pros of sharing your little creation with social media friends outweigh the cons? CNN says, “By and large, the short-term implications of less-guarded personal privacy may be limited in scope, such as being vulnerable to burglary if vacation plans are publicly announced or victim to possible identity theft. There are also amplified consequences to using poor judgment when posting online, such as getting fired or sustaining damage to one’s reputation.”

A child’s online presence has also been linked to heightened risks of abduction and sex trafficking, giving predators greater access to a child’s location, habits and network. “Once limited to luring victims in the street, traffickers can now message thousands of people through Instagram, Facebook, Kik, Tagged and Twitter, with WhatsApp and Snapchat some of the latest tools in their arsenal,” Andrea Powell, founder and director of FAIR Girls, a U.S.-based NGO told Venturebeat. “If just one of them answers…traffickers can make thousands of dollars off that girl very quickly.”

But personal safety aside, I think back to when I was kid—occasionally, a cousin or one of my parents will dig out an awkward pic of me aged somewhere between seven and 12, and I’ll cringe. Imagine if that was on Facebook? But not just that, hundreds of other awkward pics that I would indeed categorize as very personal. If even a fraction of those images were accessible online on some platform or another, I’d die! But this is the reality for kids today. Although, since they’re still kids, they may not currently have a problem with their parent’s choice to post their private images online, when they’re an adult, how will they then feel?

What will indeed be different about those kids when they’re adults, some 10 to 20 years from now, is that they will have never known anything different. Quite literally, from the moment they were born—often from the hospital room bed—they were initiated to the internet. And then never left. We’ve essentially normalized a no-privacy existence for these children who will one day no longer be children anymore.

“Regardless of the false sense of security offered by the key on the upper right corner of your keyboard,” CNN says, “there is no delete key for the Internet. Once it’s out there, it’s probably out there forever.” Although there is conflicting information about what actually happens to our photos once uploaded, for the most part, companies like Facebook (which also owns Instagram) and Twitter conveniently leave us in the dark. Chamorro-Premuzic writes that even after Edward Snowden’s NSA revelations, “there is little evidence that snooping habits have diminished. Even apps that emerged to ensure consumer anonymity, such as Snapchat and Whisper, have been under investigation for breaching their own privacy specs.”

Clearly, and to be honest, alarmingly, if my Facebook and Instagram friends are anything to go by, I am almost alone in my cautiousness. I can think of one, maybe two, people who have withheld posting a single pic of their child on social media. And I can write with total certainty that those parents love their kids just as infinitely and are no less proud than all of those FB posting moms and dads. In the face of FOMO and probably many desires to gloat about their extraordinary kid, I guess they just don’t feel it’s their place to do so.

CNN concludes that “on the most basic level, we want to be able to tell our story about our lives. But, in the case of our children, a permanent and public story has already been recorded about them before they have a chance to decide whether they want to participate or even whether the narrative is true to their own vision of self.”

Don’t get me wrong, I’m not one of those Scrooges who bemoans pics of my friend’s babies appearing on my News feed. I actually like it. For one, I live on the other side of the world to many of my friends and family and so these updates are almost my only way to keep tabs on their kid’s development and well being. Also, since every picture a parent ever seems to post of their child is one of joy (you rarely see a grumpy, tantrum-throwing kid on your News feed, right?), I have to admit that the goofy, smiley baby faces coupled with the exuberance these faces evidently bring their parents in these pics are infectious.

I also respect my friend’s choices as parents, choices that may well differ from many of mine; some of my friends chose to feed-on-demand or have their baby sleep with them in their room for months after birth, while my husband and I are exploring the French-style of parenting which focuses more on the child fitting in with the parent’s schedule and quickly developing a sense of autonomy. There is no right or wrong with these kinds of choices. Every family has their own priorities, rhythms and needs and they can’t ultimately be compared. But when it comes to posting pictures of my kid online…I’m just not convinced it’s my choice to make. 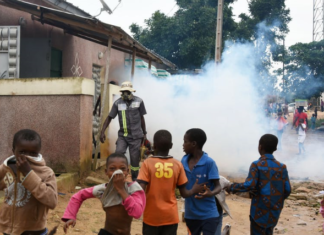 Staff Writer - October 5, 2020
Jason Rasgon, Pennsylvania State University As it becomes too warm for comfort, the Anopheles mosquitoes that transmit malaria may lose the battle against climate change...