According to Shulevitz, this includes “searching the web for the best program, ordering equipment, packing snacks and so on. We fret that we’re overscheduling the children, but don’t seem to realize that we’re also overscheduling ourselves.”

She concludes that moms are the “designated worriers” of families. But she errs in her implication that it’s a biological or cultural inevitability for mothers to take on more child-rearing duties than fathers.

I’ve done extensive research on “maternal gatekeeping” – the idea that mothers can exert control over fathers’ involvement in child-rearing through their attitudes and behaviors. And I’ve discovered wide individual differences in how much new mothers encourage and discourage and otherwise control fathers’ involvement in child-rearing. These attitudes and behaviors of mothers, in turn, relate to how involved fathers are in raising their young children.

The impact of mothers’ actions – and reactions

Because of established gender roles, mothers often have more agency when it comes to parenting decisions – and act as gatekeepers.

These maternal behaviors have important implications for the division of housework and childcare. More equal sharing of visible and invisible domestic labor requires fathers to be actively involved in childcare. Mothers, then, must sacrifice the role of having the “final say” on child-rearing decisions.

In fact, in my own research, the extent to which mothers open or close the gate to fathers’ involvement appears consequential. It’s related to how much fathers are involved in the day-to-day care of their children and how confident fathers appear when interacting with their children. It’s also related to less tangible aspects of parenting, including how much influence fathers feel like they have in child-related decision-making.

Family scientists Sarah Allen and Alan Hawkins studied the idea of maternal gatekeeping in the late 1990s. They classified 21% of dual-earner mothers as “gate closers”: those who had high standards for housework and childcare, believed in distinct family roles for men and women and felt that family work was critical to their identities as wives and mothers.

In my own research on new parents in dual-earner families, I’ve found that approximately 40% of parents report that mothers sometimes “take over” and do it their own way when fathers do something mothers don’t approve of. A smaller percentage of mothers report that they sometimes respond to their spouses’ parenting with criticism.

Many – but not all – parents report that mothers frequently compliment fathers and encourage them to spend one-on-one time with their infants in an effort to support father involvement in child-rearing. Not surprising, perhaps, is that new fathers tend to think mothers are somewhat less encouraging and more critical of their parenting.

What makes a mother more likely to be a gate closer?

I’ve also observed parents interacting together with their infants in a variety of staged situations.

In a typical exercise, my colleagues and I have asked parents to change their baby’s clothes together. We record these mother-father-baby interactions on a video camera before using a rating system to document how much mothers encourage or discourage fathers’ involvement with the baby.

Here, we observed striking examples of maternal “gate closing” and “gate opening” behaviors. For instance, one mother decided that the father should undress the baby. But she then showed him exactly what to do – right down to pointing out the position of the snaps on the baby’s outfit – and grimaced while the father tried to play with the baby.

On the other hand, a different mother sat back patiently and smiled while her child’s father changed the baby’s outfit. When he finished, she complimented him (“That was fast – great job, Dad!”).

Whether directly observed or reported by parents, these differences in mothers’ behaviors are linked to ideological and psychological differences among parents. Mothers are more likely to limit fathers’ involvement when they or their partners have more traditional beliefs about appropriate parental and gender roles. And gate-closing is especially prevalent when these traditional beliefs are accompanied by a strong tendency to experience negative emotions – fear, anxiety or anger – in either the father or the mother.

Less is known about why some mothers are especially encouraging of father involvement in child-rearing, because few studies have focused as much attention on these positive behaviors as on the negative ones.

We still have a lot to learn about maternal gatekeeping: why it happens, and what it means for mothers, fathers and children. Certainly, these behaviors could have roots in humans’ evolutionary history.

Even so, some parents appear able to overcome these tendencies, and avoid defaulting to mom as the “designated parent,” which moves us one step closer to releasing mothers from the role of “designated worrier.”

Sarah Schoppe-Sullivan is Professor of Human Sciences and Psychology at The Ohio State University. 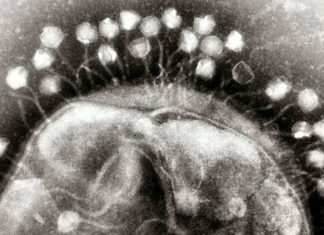 New Horizons brought our last ‘first look’ at one of the...