I’ve come to believe that mathematics, as an investigative science, as a practical discipline and as a creative art, shares many characteristics with cookery. It’s not just spaghetti alla carbonara, it’s the whole business of inventing dishes and preparing them. It’s an analogy with many parts, and it has consequences.

To introduce myself: I’m a professional mathematician, an amateur cook and an enthusiastic eater. The ideas in this essay are distilled from years of formal reasoning, mad culinary experiments and adventurous meals. In short, I’ve found that:

Together these observations suggest a picture of mathematics (or a picture of cooking) quite different from the popular view. The analogy is fun and the payoff is liberating.

I am motivated in both fields by curiosity and by thrills. I grew up reading Martin Gardner’s Mathematical Games column in Scientific American. It’s hard to describe how exciting these were. I read about logical paradoxes, about hexaflexagons, about rep-tiles, Sprouts, and Dr Matrix. I folded flexagons, I analyzed Sprouts, I teased classmates with paradoxes. It was thrilling.

I also play with food and mess with math to satisfy an insistent curiosity.

What happens if I combine Chartreuse and avocado?

Where will I end up if I start in one corner of this figure and start bouncing off the sides?

What vegetables can I caramelize?

How much of the infinite plane can I cover with different-sized squares?

Make mistakes and learn from them. It’s the go-to method in both fields.

It’s hard teaching this to students. They believe that mathematicians figure things out first and then act. But mathematicians don’t. We jump in and mess up. It’s the best way to see what’s going on.

Suppose you are asked to find a number such that tripling the number is the same as adding 12. If you know algebra, you write

Closer! Maybe your next guess is 6. And if it is, you solved the problem.

Leaping into the unknown is also the best way to learn to cook. Home cooks are often reluctant to try baking bread. They believe you have to know what you’re doing before you start putting ingredients in a bowl. But that belief can prevent you from ever baking your first loaf.

I don’t claim, by the way, that making mistakes is easy. It takes guts (sometimes). It also takes perseverance and hard work. But it doesn’t take a “math brain.”

In the same way, a mathematical object can be attractive because it has a clean, simple structure.

On the other hand, some foods are celebrated for the complexity of their taste. Wine, for example.

In the same way, a mathematical structure can be alluring for its mystery and depth.

“Simplicity” and “complexity” are just two aesthetics that math and gastronomy share. Some others are “elegance,” “playfulness” and “novelty.”

You can do it

You have the analogy now: a moderately strong similarity between mathematics and cooking. What does that similarity suggest?

Well first of all, I’ve argued that the key to success in math is to make mistakes. Accepting this principle pushes you to accept a really powerful idea. If making mistakes is the key, then everyone can cook. And everyone can do mathematics.

Second, the similarity points out that mathematics has aesthetics. Mathematicians believe this. You should too. You can pick winners (I like that math) and losers (that stuff bores me). That’s what we do. I love logic and geometry. Don’t ask me about statistics.

Most students intuitively get this about history, about literature, about science. But mathematics appears different to them. Math, they fear, is the judge. Math, they think, either likes you or it doesn’t like you.

But if you don’t like the food a restaurant serves you, you go somewhere else, right?

Now students today do go somewhere else. But many do it because they feel they have no choice; math doesn’t like them. Forget that! Math doesn’t play favorites. If you dump math, it should be because in your judgment, math is not attractive.

The third consequence follows from the first two, and it’s the best of all. If students work hard, if they make mistakes, if they persevere, they will succeed in mathematics. But if students find mathematics unlovable, they won’t stick with it.

Jim Henle is Professor of Mathematics and Statistics at Smith College. 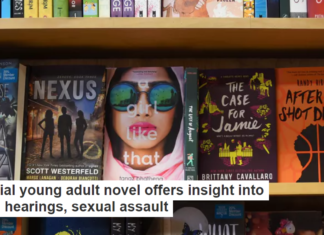