For the past decade or so, every American president has sought to use career and technical education – or CTE – as a way to boost achievement and prepare students for the jobs of tomorrow.

When the Bush administration signed into law the existing federal CTE policy in 2006, the goal was to increase “focus on the academic achievement of career and technical education students.”

Under the Obama administration, career and technical education was seen as a way to “prepare all students, regardless of their backgrounds or circumstances, for further education and cutting-edge careers.”

The current administration has taken the same stance – with the president stating in April that “vocational education is the way of the future.”

Academic research shows that taking CTE classes can benefit students by improving their odds of graduation, boosting their chances of participating in advanced math and science coursework, and increasing their earnings immediately after high school.

However, it’s not just CTE implemented in any old way that has proven beneficial. Rather, as a current education policy Ph.D. student who focuses on college and career readiness, I have discovered that the timing of CTE matters when it comes to high school completion and dropout prevention.

This conclusion is based on a research study that associate professor and education researcher Michael Gottfried and I conducted this past year, examining the impact that CTE has during different years in high school.

To conduct our study, we used a nationally representative data set that included more than 11,000 students in public schools around the country.

Specifically, we found that taking CTE classes during senior year was associated with a 2.1 percent improved chance of on-time graduation and a 1.8 percent lower chance of dropping out. While these percentages may seem small, it’s important to keep in mind that this is for each CTE unit completed. In other words, a student taking two CTE units in his or her senior year would expect a 4.2 percent increase in chances of graduating on time. This CTE bump is similar to the benefit from participating in an academic club, which can reduce the chances of dropout by about 1.8 percent.

So why does CTE have an relationship to graduation and dropout for juniors and seniors, but not for freshman and sophomores?

Based on previous research, three potential factors explain how CTE may relate to high school graduation, as well as other positive outcomes for students. These three factors are skill-building, engagement and relevance.

During the early years of high school, participation in CTE courses may provide the building blocks for later learning by teaching college and career readiness skills and promoting engagement. Ultimately, we found that these early courses did not have a direct relationship with on-time graduation. However, students who take CTE early in high school are more likely to take CTE later in high school. Building the early skills matters, just not in direct relation to graduation or dropping out.

We were encouraged by our finding that CTE is related to improved graduation rates and lower dropout rates, and we believe there are some important takeaways from these findings.

First, the timing of CTE matters. This should be taken into consideration in designing both high school CTE programs and CTE policies. Second, the results support increasing CTE in high school to encourage engagement and relevance. Finally, our findings support the renewal of current federal CTE policy through the Strengthening Career and Technical Education for the 21st Century Act, which recently passed through the House of Representatives and went on to the Senate. The new version of the policy tries to improve the alignment between employer needs and CTE programs. It also seeks to encourage cooperation between stakeholders and increase CTE participation for traditionally underrepresented groups, such as students with disabilities and minority students. Our findings support the reauthorization of the policy by showing that the existing CTE policy has succeeded in promoting the first step in college and career readiness – high school graduation. 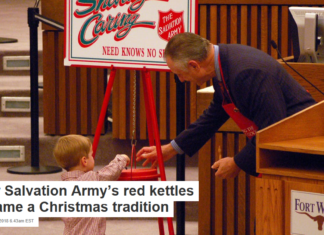 Staff Writer - December 15, 2018
Diane Winston, University of Southern California, Annenberg School for Communication and Journalism Tinseled trees and snowy landscapes are not the only signs of the upcoming...