With the re-opening of diplomatic relations between Cuba and the US, the world is watching to see where in Cuba changes will be seen first. Many hope that it will be the country’s 1990s-era internet access.

Cuba was first connected to the internet in 1996 through a Sprint link funded by the US National Science Foundation. A year later the Cuban government decided to contain and control the internet, leading to decades of stagnation and under-investment. A sub-sea link to Venezuela opened in 2012. Now the government says the internet is a priority.

Since the thaw of US-Cuba relations, Airbnb has already established a foothold in the country, despite the irony that an internet-based firm could be so quick to enter Cuba, a company where almost nobody has the internet. In 2011, Cuba’s statistics office estimated internet penetration of 22%, including those with access only to the local, government-run intranet. Freedom House, which ranked Cuba 62nd of 65 in terms of internet freedom, estimated that only 5% of Cubans have access to the internet proper.

The Cuban internet is run by an opaque monopoly, ETECSA. Only foreigners with permanent resident visas, foreign students or travelling businessmen can get dial-up internet accounts. Larger firms have access to DSL connections. Few Cubans are allowed internet access at home, so they illegally buy time from those with access for US$1.50-2 an hour, when an average monthly wage is US$20. They have rolled out 35 Wi-Fi hotspots and internet “navigation” rooms. A leaked document shows plans to make slow DSL available to some homes in built-up areas, but this isn’t a solution for all.

The Cuban government says it wants to modernise the internet. To do that, it needs a long-term plan, because there is virtually no modern infrastructure on the island – but, in the meantime, short-term measures are needed to get the ball rolling now.

Short-term measures could focus on aggressively deploying satellite technology which, like other technologies such as voice-over-IP (internet voice calls), are currently banned. This would save the cost of deploying fixed lines throughout the island and would foster entrepreneurial spirit for citizens to provide local pockets of connectivity which could be expanded upon in due course. But this would come at the cost of giving up government control.

Connecting schools and universities should be a priority. In fact the National Science Foundation connecting up universities was the beginning of the internet in the US in the 1980s. It looks as if Huawei got its foot in the door first for short term projects, with its equipment used in the home DSL and Wi-Fi access projects. US companies, at least for now, are still barred from dealing with Cuba.

The Cuban government’s role in a decentralised satellite-access internet would be capacity planning and negotiating with satellite communication companies for bandwidth. It would also specify, evaluate and purchase ground station equipment (some of which could be manufactured on the island), and support satellite operators with loans for equipment costs and training. It should also take the lead in developing software for efficient offline operation with automatic compression for data when the user goes online. That software would be useful in any limited-bandwidth nation, not just Cuba.

In the long run, since it has very little infrastructure today, Cuba should skip technology generations, for example by waiting and planning for fifth-generation wireless connectivity. But policy decisions are more important than technology.

The government should consider various ownership and regulation policies before opening the door to foreign companies. For example Cuba should go slowly and consider a broad range of infrastructure ownership policies such as municipal ownership in Stockholm, government as a venture capitalist as in Singapore, government as rural wholesale backbone provider as in India, or individual ownership of final links.

But ultimately, the government has to make the political step of accepting a new role: of providing the infrastructure, while leaving others to provide the access. The prospect of ETECSA – or even a foreign import such as Comcast – acting as a monopoly ISP is not a welcome one. 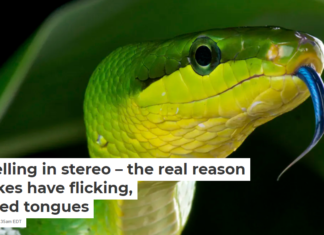