Banksy is back. Back in the heart of Blighty (deepest Essex to be precise), spraying his musings on our walls. Cue the (now) habitual headlines and opinions. Cue the hysteria.

This time, however, things are slightly different.

Rather than the perspex sheeting and security guards we have become accustomed to, rather than the phone calls to art advisers and estate agents alike, Banksy’s work – a stencilled image of a group of fat, grey, protestatory pigeons rallying against migration – has been unexpectedly knocked from its perch. It has been “buffed”, as it is called in graffiti parlance, erased from the locality of the street (and given infinitely more power and presence because of that very fact).

Tendring District Council is responsible. But although it will have in all likelihood destroyed thousands of (illegal) images this year alone, the removal of this work in particular has become a huge embarrassment both for it, as well, I suspect, for many of the people of Clacton itself. Not only have they lost out on a landmark to boost tourism (due to Banksy’s wild fame) and on a huge windfall if the work (the wall) had been put to auction (due to the equally wild sums his touch generates).

But they have also been made to appear as parochial, philistine and as potentially prejudiced as the pack of pigeons originally depicted. After receiving a complaint about the “racist” nature of the mural, the council had to subsequently admit that the artist’s political satire was lost on them. Their failure to note the intended irony of the image whilst in the midst of a by-election caused by a UKIP defection, has led many to suggest that Banksy’s work spoke truth to power all too loudly.

Whilst this may make for a good story, I don’t, unfortunately, believe it for a second. It not only attributes far too much credit, far too much political nous to the local council, but also suggests that the work of anti-graffiti authorities is one of nuanced, critical, aesthetic deliberation: it most assuredly is not.

Local authorities do what local authorities do best. They remove graffiti. They do not cast judgement on it and nor should they (I shudder to think). They do not have a taste for satire or subtlety (even of the Banksy “variety”), but are simply involved in an elaborate game of tag; you put it up, we’ll take it down (and we’ll get paid for it at the same time).

So for me, the true hypocrisy emerges only when pieces such as these are not removed. The double standards, the painful absurdity of the situation, emerges only when it becomes clear that it is simply financial, rather than aesthetic value, that defines “acceptability” within the institutional understanding of graffiti. Once it has financial worth it’s deemed worthy of remaining, it may be shielded by perspex and protected. While it has no financial value, it must be erased.

But this aspect of the Banksy fever never shows its face. And so the conception of the public sphere as a place of consumption and nothing other, a space where everything must generate lucre and the advertising companies reign supreme, remains ever more secure. The embarrassment for Tendring Council is thus the embarrassment of having looked the proverbial gift horse in the mouth. Stupid them for thinking it was “racist” rather than art. Stupid them for whitewashing hard cash.

That said, the anxiety that this provokes within me actually amounts to more than this obsession with value. It emerges instead through Banksy’s whitewashing of any notion of complexity, his whitewashing, as seen within all his markedly political works, of any appearance of grey. Whether focusing on global warfare or animal welfare, child labour or political failure, the empathy and identification that Banksy’s works incite in his viewers surfaces through his remarkably direct, simple approach.

But it is this consciously middle-brow style which comes to diminish the possibility of complexity or paradox. It is this man-of-the-people modesty which fails to acknowledge the instability and open-endedness so present within our contemporary world. While Banksy’s stencils may at first seem so biting and subversive then, their success in fact emerges from how mundane they are, the all too agreeable, populist narratives they promote – the comfortable acquiescence they seek. Who could ever disagree with the facts presented? Who could ever side with the fat grey pigeons over the exotic green bird?

Rather than requiring the viewer to think for themselves, the simple sentiments these works provide only pacify us. They reassuringly refortify “our” ideals, generating that warm, fuzzy feeling of self-affirmation. They shore up our sense of right or wrong without ever changing the world around us, comforting us without forcing us to ponder the more uncomfortable truths. They reduce a dense spectrum to a binary of black and white, crushing an issue which needs nuanced exploration into a very base, very crude dichotomy.

Immigration is one such complex, one such uncomfortable, nuanced issue. It is an issue that needs our engagement and debate in a very public, very clear, very open way. Yet Banksy’s Clacton stencil leaves us with only one option, to consent with his view and keep quiet. It fails to examine the fears of citizens in a disadvantaged, unstable part of the UK, to grasp the unease in this underprivileged, working-class town. It fails to engage in the locality of place, to engage in a site where the correlation between the developing democratic deficit and the ominous rise of a populist politics could not be more clear. It simply stifles communication through the stock formulae and stale truisms we have all heard before.

Of course, with all this critique, I could be charged for missing the bigger picture, for failing to applaud Banksy’s effort, at the least, to “tackle” the issue of immigration (not that my approbation is in any way desired). But in my mind, this kind of political art should be about the transformation or incitement of thought. It should attempt – like James Bridle’s life sized drone shadows – to provoke discourse, not dogma. It should work – as in Mathieu Tremblin’s Getty Images watermarks – to open up, rather than close down an issue. It should function – as in Aram Bartholl’s giant Map pins – to explore power, rather then merely tell power what it already knows.

But the Clacton Pigeons, as with Banksy’s other political reflections, leave no room for divergent interpretations, leave no space for our thoughts. They work simply as a permissible subversion reinforcing the status quo, a pleasant validation of what we all already know: War is bad. Politicians lie. Racists are revolting.

Rafael Schacter does not work for, consult to, own shares in or receive funding from any company or organisation that would benefit from this article, and has no relevant affiliations. 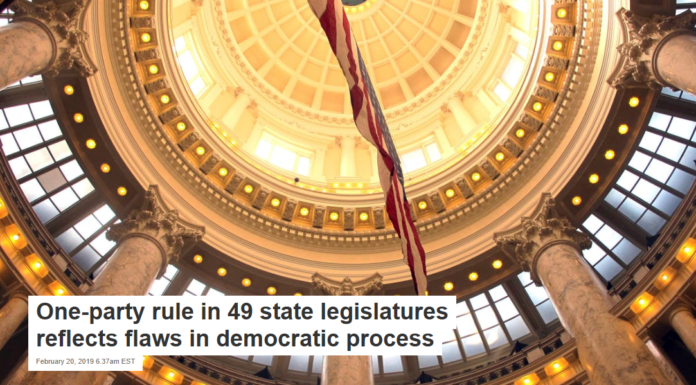