Despite widespread fear that U.S. Education Secretary Betsy DeVos would dismantle the public system of education, she has failed to accomplish much of what she set out to do.

That is my assessment as an educational policy researcher who has followed Secretary DeVos since she took the helm of the U.S. Department of Education in February 2017.

DeVos’ objective has been similar to that of her boss, President Donald Trump – and that is to rescind policies of the Obama administration.

While in office, DeVos has endeavored to expand school choice initiatives at the federal level, propose major cuts to the department that she oversees, and restrict access to public service loan forgiveness. She has also sought to change the standard of evidence in sexual cases at institutions of higher education, and limit oversight of for-profit colleges and universities.

Let’s take a closer look at what DeVos has sought to accomplish during her nearly two years as education secretary.

Betsy DeVos has long been an advocate for school choice in K-12 education. As education secretary, she has proposed that the federal government support school choice with federal money. DeVos has advocated for legislation that redirects federal funds to school choice programs in which the funds would follow each individual child, rather than be directly distributed to school districts and states. She has also called for a new federal program that would give states money to give individual students grants to attend private schools of their choice. Neither of these proposals were included in the budget passed in 2018. Although DeVos did not secure the US$500 million she had sought for school choice, she did secure a fraction of that amount – an additional $58 million for charter schools.

DeVos has also sought to push for school choice through education savings accounts for military families. Education savings accounts have gained momentum in several states in the last five years. DeVos’ proposal would allow children of military families to take money that would have been given to a school where they were stationed, and choose a school where they prefer to send their children. Some military groups have opposed this idea, arguing that it would take away funding from other educational programs. Congress has not yet taken up this issue.

During her tenure, the tax code was changed so that rich families can use college savings plans known as 529s to pay for private schools at the K-12 level.

Cuts to the Education Department

In her first year in office, Secretary DeVos proposed a $9 billion or 13 percent cut to the Education Department. She also proposed that $1 billion be redirected from other programs to promote private and charter schools. Some of the programs that she proposed cutting included: after-school programs for low-income students, funding for mental health services and college assistance for needy students.

Ultimately this plan was largely ignored by Congress with none of the proposed reforms enacted. In August, Congress actually increased the federal education budget by $581 million.

DeVos’ administration has been reluctant to honor the public service loan forgiveness program. The public service loan forgiveness program was created to encourage graduates to take on public service jobs, such as a teacher, police officer or firefighter. After a public servant pays their loans for 10 years, the remaining portion is forgiven. Although the program was enacted by Congress and signed by the President George W. Bush, the U.S. Department of Education has denied over 99 percent of those who have applied in the last two years. Most of the denials were over technicalities as a result of poor management by third party loan managers. Loan forgiveness may become part of the agenda of the new Democratically controlled house, as was foreshadowed in a letter signed by 150 Democratic House member asking DeVos for an explanation in October 2018.

In June 2018, DeVos tried to start a process to undo Obama-era rules meant to hold for-profit colleges accountable for making false promises to students about their chances for graduation and gainful employment. The Obama administration outlined a plan that students who were defrauded by these deceptive schemes would have their federal debt forgiven.

DeVos proclaimed the process as “muddled” and “unfair” and proposed changes that would make it more difficult to place blame on the for-profit colleges, which would have left many students with debt and little to show for their for-profit education. However, the proposed rule never materialized, and a federal judge ordered DeVos to comply with the Obama-era borrower protection rules.

DeVos has made changing the way in which colleges and universities adjudicate sexual assault a top issue of her tenure. During the Obama administration, the Department of Education suggested that universities change the standard of proof when taking disciplinary action on students accused of sexual assault to a preponderance of evidence. The new rules proposed by DeVos would require that all accused students be granted presumed innocence, due process provisions, and the right to question the accuser in a hearing. The new rules would also restrict the circumstances under which the preponderance of evidence standard could be used.

Critics claim that this will create an atmosphere that is conducive to rape culture, keeping victims of sexual assault from seeking justice. DeVos argues that this will bring about a fair and uniform standard by which all colleges and universities will operate. A draft of this proposal was released on Nov. 16, 2018, but has not yet been acted upon. Public comment is expected to be sought on the proposed rules.

Other than the power of persuasion, the cabinet office of Secretary of Education has little power outside of carrying out federal law. When Betsy DeVos was confirmed in the cabinet post, some questioned the degree to which she would be able to execute her agenda and persuade legislators.

Looking retrospectively at DeVos’ first two years in office, it appears that few of her major policy aims have been implemented. Considering the importance of Congress in approving federal provisions, it seems unlikely that DeVos will accomplish much more in the next two years, especially with control of the House of Representatives shifting to a Democratic majority during the midterm elections of 2018. 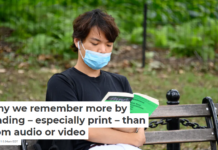 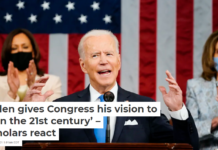 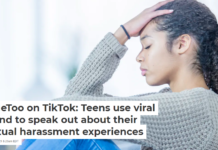 #MeToo on TikTok: Teens use viral trend to speak out about their sexual harassment experiences 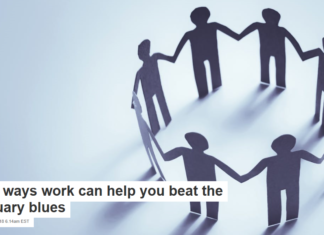 Staff Writer - January 12, 2018
Michaela Edwards, Lancaster University Blue Monday is fast approaching – January 15. It’s “the most depressing day of the year”, when we are all at...