Mathematical physicist and cosmologist Stephen Hawking was best known for his work exploring the relationship between black holes and quantum physics. A black hole is the remnant of a dying supermassive star that’s fallen into itself; these remnants contract to such a small size that gravity is so strong even light cannot escape from them. Black holes loom large in the popular imagination – schoolchildren ponder why the whole universe doesn’t collapse into one. But Hawking’s careful theoretical work filled in some of the holes in physicists’ knowledge about black holes.

Why do black holes exist?

The short answer is: Because gravity exists, and the speed of light is not infinite.

Imagine you stand on Earth’s surface, and fire a bullet into the air at an angle. Your standard bullet will come back down, someplace farther away. Suppose you have a very powerful rifle. Then you may be able to shoot the bullet at such a speed that, rather than coming down far away, it will instead “miss” the Earth. Continually falling, and continually missing the surface, the bullet will actually be in an orbit around Earth. If your rifle is even stronger, the bullet may be so fast that it leaves Earth’s gravity altogether. This is essentially what happens when we send rockets to Mars, for example.

Now imagine that gravity is much, much stronger. No rifle could accelerate bullets enough to leave that planet, so instead you decide to shoot light. While photons (the particles of light) do not have mass, they are still influenced by gravity, bending their path just as a bullet’s trajectory is bent by gravity. Even the heaviest of planets won’t have gravity strong enough to bend the photon’s path enough to prevent it from escaping.

But black holes are not like planets or stars, they are the remnants of stars, packed into the smallest of spheres, say, just a few kilometers in radius. Imagine you could stand on the surface of a black hole, armed with your ray gun. You shoot upwards at an angle and notice that the light ray instead curves, comes down and misses the surface! Now the ray is in an “orbit” around the black hole, at a distance roughly what cosmologists call the Schwarzschild radius, the “point of no return.”

Thus, as not even light can escape from where you stand, the object you inhabit (if you could) would look completely black to someone looking at it from far away: a black hole.

The short answer is: Yes.

My previous description of black holes used the language of classical physics – basically, Newton’s theory applied to light. But the laws of physics are actually more complicated because the universe is more complicated.

In classical physics, the word “vacuum” means the total and complete absence of any form of matter or radiation. But in quantum physics, the vacuum is much more interesting, in particular when it is near a black hole. Rather than being empty, the vacuum is teeming with particle-antiparticle pairs that are created fleetingly by the vacuum’s energy, but must annihilate each other shortly thereafter and return their energy to the vacuum.

You will find all kinds of particle-antiparticle pairs produced, but the heavier ones occur much more rarely. It’s easiest to produce photon pairs because they have no mass. The photons must always be produced in pairs so they’re moving away from each other and don’t violate the law of momentum conservation.

Now imagine that a pair is created just at that distance from the center of the black hole where the “last light ray” is circulating: the Schwarzschild radius. This distance could be far from the surface or close, depending on how much mass the black hole has. And imagine that the photon pair is created so that one of the two is pointing inward – toward you, at the center of the black hole, holding your ray gun. The other photon is pointing outward. (By the way, you’d likely be crushed by gravity if you tried this maneuver, but let’s assume you’re superhuman.)

Now there’s a problem: The one photon that moved inside the black hole cannot come back out, because it’s already moving at the speed of light. The photon pair cannot annihilate each other again and pay back their energy to the vacuum that surrounds the black hole. But somebody must pay the piper and this will have to be the black hole itself. After it has welcomed the photon into its land of no return, the black hole must return some of its mass back to the universe: the exact same amount of mass as the energy the pair of photons “borrowed,” according to Einstein’s famous equality E=mc².

This is essentially what Hawking showed mathematically. The photon that is leaving the black hole horizon will make it look as if the black hole had a faint glow: the Hawking radiation named after him. At the same time he reasoned that if this happens a lot, for a long time, the black hole might lose so much mass that it could disappear altogether (or more precisely, become visible again).

Short answer: No, that would be against the law.

Many physicists began worrying about this question shortly after Hawking’s discovery of the glow. The concern is this: The fundamental laws of physics guarantee that every process that happens “forward in time,” can also happen “backwards in time.”

This seems counter to our intuition, where a melon that splattered on the floor would never magically reassemble itself. But what happens to big objects like melons is really dictated by the laws of statistics. For the melon to reassemble itself, many gazillions of atomic particles would have to do the same thing backwards, and the likelihood of that is essentially zero. But for a single particle this is no problem at all. So for atomic things, everything you observe forwards could just as likely occur backwards.

Now imagine that you shoot one of two photons into the black hole. They only differ by a marker that we can measure, but that does not affect the energy of the photon (this is called a “polarization”). Let’s call these “left photons” or “right photons.” After the left or right photon crosses the horizon, the black hole changes (it now has more energy), but it changes in the same way whether the left or right photon was absorbed.

Two different histories now have become one future, and such a future cannot be reversed: How would the laws of physics know which of the two pasts to choose? Left or right? That is the violation of time-reversal invariance. The law requires that every past must have exactly one future, and every future exactly one past.

Some physicists thought that maybe the Hawking radiation carries an imprint of left/right so as to give an outside observer a hint at what the past was, but no. The Hawking radiation comes from that flickering vacuum surrounding the black hole, and has nothing to do with what you throw in. All seems lost, but not so fast.

In 1917, Albert Einstein showed that matter (even the vacuum next to matter) actually does react to incoming stuff, in a very peculiar way. The vacuum next to that matter is “tickled” to produce a particle-antiparticle pair that looks like an exact copy of what just came in. In a very real sense, the incoming particle stimulates the matter to create a pair of copies of itself – actually a copy and an anti-copy. Remember, random pairs of particle and antiparticle are created in the vacuum all the time, but the tickled-pairs are not random at all: They look just like the tickler.

This copy process is known as the “stimulated emission” effect and is at the origin of all lasers. The Hawking glow of black holes, on the other hand, is just what Einstein called the “spontaneous emission” effect, taking place near a black hole.

Now imagine that the tickling creates this copy, so that the left photon tickles a left photon pair, and a right photon gives a right photon pair. Since one partner of the tickled pairs must stay outside the black hole (again from momentum conservation), that particle creates the “memory” that is needed so that information is preserved: One past has only one future, time can be reversed, and the laws of physics are safe.

In a cosmic accident, Hawking died on Einstein’s birthday, whose theory of light – it just so happens – saves Hawking’s theory of black holes. 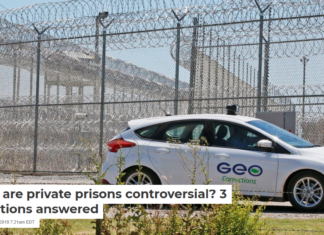 When plants and their microbes are not in sync, the results...