Some individuals consume alcohol their entire adult life without developing an alcohol use disorder. Others, however, quickly transition to compulsive and problematic drinking. Can we determine what makes some people vulnerable to addiction?

Alcohol drinking is the third leading cause of preventable death in the United States, and is responsible for millions of deaths per year worldwide. If the reasons why some people are susceptible to alcohol use disorder were known, it might be possible to more effectively treat this devastating disease, or even intervene before serious problems emerge.

I have spent my career as a neuroscientist and pharmacologist trying to understand how drugs and alcohol act on the brain, and what makes a brain more or less susceptible to substance use disorders. My laboratory at the Vanderbilt Center for Addiction Research develops approaches for studying addictive behaviors in rats and mice. Using electrochemical and optical approaches to measure brain activity, our goal is to determine how patterns of activity in brain cells give rise to these behaviors – and how we may use this information to treat or prevent substance use disorders.

In a report published in the Nov. 22 issue of the journal Science, Kay Tye of the Salk Institute and I set out to understand how binge drinking alters the brain and how this can lead to compulsive behaviors in some drinkers.

To study this, we designed an experiment in which mice were scored for their propensity to drink alcohol. We measured compulsive drinking by determining how much they drank when we mixed the alcohol with a bitter tasting substance that mice normally avoid.

Initially, all of the mice in our experiment had very similar drinking behaviors. However, even though the mice were all genetically identical, after binge drinking there was wide variability that enabled us to divide the mice into three distinct groups. After binge drinking, some mice drank large amounts, and continued to drink even when the alcohol was made bitter. We classified these mice as “compulsive drinkers.” The next group was designated as “high drinkers.” These mice drank large amounts of alcohol, but quickly stopped when the alcohol was bitter. “Low drinkers” had the lowest levels of alcohol consumption under both conditions.

We reasoned that the communication between these two regions might be critical in determining how subjects make decisions when negative outcomes (like bitter taste) are paired with drinking. Using an approach called calcium imaging, we were able to observe the activity of these neurons while the mice drank.

The initial hypothesis was that binge drinking would disrupt the ability of this neural circuit to respond appropriately to events in the environment. However, we were surprised to discover early on in these experiments that each of the three groups of mice had very distinct brain activity patterns the first time the mice drank alcohol, even though the behavior of these three groups of mice was the same at this point in time.

Mice that progressed to become compulsive showed less brain activity in this pathway during early exposure to alcohol. Those that showed little interest in alcohol and were easily put off by the bitter taste showed increased activity in these same neurons during drinking.

By examining the neural response to alcohol prior to the binge drinking, we could predict which mice would eventually become compulsive drinkers.

In a separate experiment, we used a technique called optogenetics, where light-sensitive proteins are introduced to the mouse’s brain cells so that their activity can be controlled with pulses of light, to manipulate the activity of this population of neurons.

It seems as if this medial prefrontal cortex-dorsal periaqueductal gray circuit acts like a gate for compulsive drinking. When there is increased activity in these brain cells during alcohol drinking, a mouse is less likely to drink again in the future. When there is decreased activity during drinking, the mice are prone to drink again, even if that means suffering a negative consequence. What causes these differences in activity in individual mice is still unclear.

Although much more research is required before these findings can be applied to humans, we believe this study provides critical insights into the neurobiological mechanisms that predispose some users to alcohol use disorders.

Understanding the neural mechanisms controlling the behavioral processes that ultimately lead to substance use disorder is the critical first step to developing treatments to reduce excessive alcohol drinking. Importantly, these findings suggest that may we may be able to identify at risk individuals, based on neural activity patterns, and intervene before an alcohol use disorder fully develops. 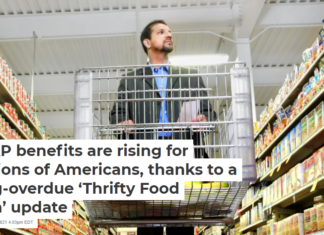