Chronic pain, defined as disabling pain that persists despite attempts at treatment and often without obvious cause, has become a serious challenge for health professionals. It is not surprising that someone suffering from this level of pain might become depressed, but most studies consider depression a “comorbidity” – an associated disorder – or suggest that the pain is “somatisation” of the depression – that is, it may be a mental disorder’s effect on the body.

These ideas ignore both the impact of pain on people and 50 years of understanding in pain science. A new study by Neil Schwartz at Stanford University and colleagues, just published in Science, has helped clarify the relationship between pain and depression. The researchers identify the underpinnings of loss of motivation in mice with chronic pain and depression.

For the study, they induced chronic pain in mice through injury. Before the injury, the mice were tested for their motivation to search for and work to get food. After the injury, they were just as interested in food they could obtain with minimal effort. But those with pain gave up much sooner when getting food required more work per pellet. This shows that chronic pain can reduce motivation.

Although painkillers changed their pain threshold, the injured mice remained poorly motivated. The net result is that they obtained less food. This is similar to human depression, where sufferers have difficulty finding the energy or enthusiasm to do anything, including activities they value. This results in fewer pleasant events and encounters, which may enhance the depression.

These behavioural studies in mice were backed up by studies of activity of neurons, both in vitro and in vivo (that is both outside the body and in the body). The researchers’ focus was on the nucleus accumbens, an important part of the brain’s reward circuitry. What they found was consistent with the reduction in effort, which points to the lack of motivation.

They suspected that a protein called galanin, which normally aids communication among neurons, may be involved in the brain’s reward circuitry. To test its effects, they bred genetically altered mice, some that produced no galanin and others that produced it in lower quantities. They found that the elimination of galanin restored the function of the reward system in cases where mice with chronic pain were required to put in more work to get food. But galanin’s presence, even in reduced quantities, triggers a pathway that reduces motivation in mice. Clarifying the role of galanin might help us design drugs that could moderate the impact of chronic pain.

Still much remains to be understood

These experiments show how pain and depression influence the pathways mammals use for processing reward or punishment. But this sort of behaviour extends further into the animal kingdom, and it reveals how the motivation system may have evolved to be responsive to pain.

Any decision an animal makes is some sort of cost-benefit analysis. So changes in calculations of reward versus effort can drive changes in motivation, whether it’s the motivation to obtain pleasant or necessary ends (safety, food, social contact) or to avoid unpleasant outcomes (threat, isolation, hunger). Pain is a very fundamental threat and animals are hard-wired to place a high priority on staying pain-free, or limiting pain if they cannot avoid or relieve it.

A recent paper in Current Biology looked at sensitisation, the process by which the nervous system becomes over-reactive to pain and amplifies it and even generates pain with no cause. It showed that injured squid changed their threshold for defensive behaviour such that they were preyed on less than injured squid for which sensitisation has been blocked. This is the first demonstration of benefit from sensitisation, which is often dismissed as the unfortunate malfunction of the efficient alarm system that is acute pain.

In general, studies of depression and pain do not ask evolutionary questions. For instance, what is the function of a particular behaviour that persists in the species despite its obvious disadvantages? In depression, diverse ideas have been proposed, from immune defence to risk aversion, but there are few experimental studies.

Distress at the acute pain stage is an important predictor of the likelihood of the pain becoming chronic, whether measured by self-report or by brain activation. Changes in emotional and motivational processing, and connectivity of the areas and centres involved, including the nucleus accumbens, predict chronicity better than other changes.

But knowing this hasn’t helped as much as we would like. Attempts to treat chronic pain are largely unsuccessful, and rehabilitation and self-management take immense effort. Prevention would be ideal, but it requires integrated thinking and hard evidence about the function of chronic pain, all of which is currently more evident in animal studies than in the clinic. 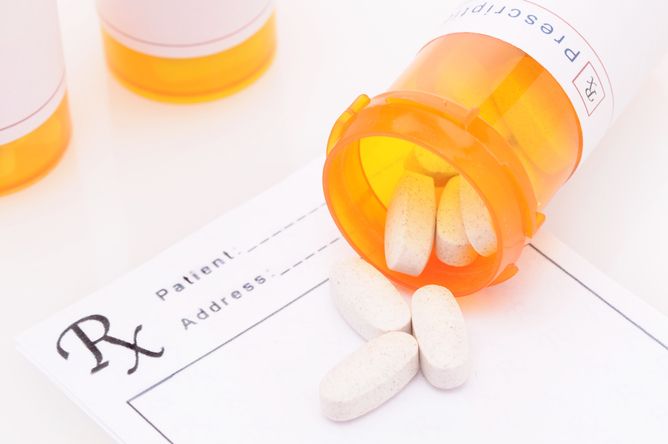 Staff Writer - March 21, 2015
David Rettew, University of Vermont There’s been a lot of attention in the media about the number of children taking antipsychotic and other psychiatric medications....

Reducing methane is crucial for protecting climate and health, and it...

Barbara Bush may have suffered from a chronic lung disease called...