The 2017 Nobel Prize in physiology or medicine was awarded to three researchers “for their discoveries of molecular mechanisms controlling the circadian rhythm.”

The circadian rhythm is an innate, approximately 24-hour cycle in physiology found in almost all life on Earth. The prize adds a new prominence to the study of how disruption of circadian physiology might compromise human health.

An innovative new approach is based on location within a time zone, which affects the clock time of sunrise, and thereby has circadian implications for residents. On this basis, Mikhail Borisenkov from the Ural Branch of the Russian Academy of Science predicted that risk of cancer would increase the farther west people lived in a time zone.

Neil Caporaso and colleagues at the National Cancer Institute tested the same prediction within the United States in a paper just published in August.

When sunrise comes an hour later

We have some control of lighting in our home, but on a societal level, an unavoidable aspect of the timing of electric light is position in a time zone. That’s because the position within a time zone affects how early a person must turn on the lights in the morning.

The average width of a time zone should be 15 degrees of longitude (360 degrees, divided by 24 hours in the day), although for various business and political reasons there’s a lot of gerrymandering (for instance, all of China has only one official time zone). By definition, those living at the western extreme must rise one hour earlier in their solar day than those at the eastern extreme (in China, it’s more like five hours).

Given that the solar time at the eastern extreme of a time zone is one hour later than at the western extreme, the clock time at which one must get up for work in the morning can make the difference between night and day depending on where one lives – often before dawn in the west and after dawn in the east, though clock time is the same.

For example, Nashville, Tennessee is at the eastern end of the central time zone, whereas Amarillo, Texas is at the western end. Their longitudes, respectively, are 86.8 and 101.8 West, 15 degrees apart.

One hour in the course of human activity may not matter much in the middle of the day, but at the beginning of the day, when the physiological transition from night to day should begin, it can make a difference in circadian alignment. With each such wake-up in the dark, there comes a small degree of circadian misalignment and a slight phase advance. Phase advance is the body thinking it’s sunrise before the sun has actually risen.

The question many researchers are studying is whether this small circadian disruption occurring daily for years or decades can make bad diseases like cancer more likely.

Scientists have come to learn that even small daily insults over a span of many years can sometimes yield catastrophic results. Lung cancer from smoking is the easiest example to cite, but there are many others such as sun exposure and skin cancer; workplace dust and lung disease; and lead exposure and developmental delay in children.

He used data on age-adjusted cancer incidence in each of 59 “regions” including large cities like St. Petersburg within European Russia for the year 2008. He calculated the displacement in degrees longitude of each region from the midlongitude of its time zone.

He found a statistically significant increase in risk of breast cancer as the longitude of regions decreased – or became more westerly within a time zone. He cited one of my papers by writing: “These data can be most adequately explained in the framework of the circadian disruption hypothesis proposed by Stevens (2005),” which was very nice to see. The “circadian disruption hypothesis” simply states that electric light disrupts circadian physiology, and this leads to elevated risk of breast cancer (and other diseases).

Borisenkov’s paper is important for its innovative test of the circadian disruption hypothesis. Caporaso and colleagues were then able to quantify the effect within the United States.

Time zones and cancer in the United States

Caporaso used data on age-adjusted cancer incidence taken from the Surveillance, Epidemiology and End Results program, which covers about 28 percent of the population of the United States. He then broke it down to the incidence in each of the 607 counties represented in the program.

He calculated the displacement in degrees longitude of the population center of each county from the middle longitude of its time zone, similar to what Borisenkov had done in European Russia.

Caporaso found a significant association of position in time zone and incidence of all cancers combined, and of breast cancer in particular. And again, risk was higher the farther west a county was in its time zone. After some fancy statistical manipulations, the estimate was that risk of breast cancer was 12 percent higher at the western extreme of a time zone than at the eastern extreme.

As I described in a recent article about a Harvard study of outside nighttime light level and breast cancer risk, there are two concerns about this estimate: confounding and exposure misclassification. Perhaps women who are already at higher risk of breast cancer (like having a strong family history) for some reason wind up living in the western parts of time zones, and wake-up time has nothing to do with it; that would be confounding.

On the other side, not all women in any time zone have to be at work by 8 or 9 a.m., and so can follow the sun and not necessarily clock time for when they arise in the morning; that would be exposure misclassification. In that case, the 12 percent estimate is probably lower than the true effect.

Neither study proves that circadian disruption causes cancer, of course. Rather, each should be viewed as a part of the accumulating evidence in the case being built against ill-timed electric light for the crime of breast cancer. 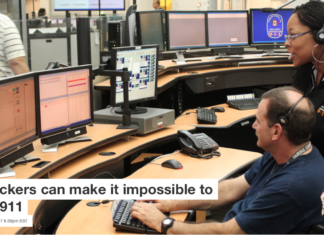 Diabetics break bones easily – new research is figuring out why...