The Trump administration’s executive order changing some elements of the Affordable Care Act’s administration are creating uncertainty as open enrollment for the health insurance marketplaces is set to start Nov. 1.

How will the executive order affect individual insurance and open enrollment this year?

With one very important exception – the elimination of subsidies to help low-income people pay for co-payments and other out-of-pocket expenses – the likely answer is: not much.

However, as a professor of health policy who has extensively studied the ACA, I believe that exception could have big ripple effects.

The executive order of Oct. 12, 2017 focused on three relatively unknown features of how the ACA affects premiums and enrollment. These three are association health plans, health reimbursement accounts and short-term health insurance policies.

Association health plans, which have been proposed since the 2000s, are insurance plans offered by associations rather than employers and that would be exempt from state insurance laws.

For example, small law firms might be able to buy health insurance through the American Bar Association. Association health plan regulations would seek to exempt the bar association from the many differing state insurance regulations arguably lowering costs and increasing insurer competition.

There are two reasons to think this effort would have “not much” of an effect. First, small employers can already become self-insured and buy coverage that limits their risk beyond a certain dollar amount, or what is called stop-loss coverage. They can therefore rather easily become exempt from state insurance regulations.

The second reason to expect “not much” impact is that modern insurance requires networks of hospital, physician and drugstore networks. Our field research on the effectiveness of competition in the exchanges leads us to believe that the proposed multi-state associations are unlikely to be able to negotiate meaningfully low prices with providers that will allow them to compete with locally based insurers.

So, few get established and even fewer are successful.

The next proposal is to allow health reimbursement account funds to be used for a broader array of services and, particularly, to buy private individual coverage through the exchange.

One fear is that the employers most likely to adopt the new-version health reimbursement account are those with a history of high medical claims. They would, it’s feared, dump their expensive workers on the insurance exchange, leading to higher exchange premiums.

But, currently uninsured workers in small firms are more likely to be low utilizers of health care services, so they don’t cost much. If so, their enrollment in the exchanges would lower average claims costs, and, by extension, premiums as well. While there is the potential for larger effects, I believe the mostly likely impact seems to be “not much.”

The order also proposed expanding the time limit on short-term policies from 90 days to 365 days. This has a potentially bigger impact – particularly when tied to the elimination of payments for cost-sharing subsidies.

Traditionally, state laws limited short-term policies to approximately 365 days of coverage. The Obama administration shortened that to 90 days. The short-term individual market is (and was) minuscule; the entire individual market is only about 7 percent and the short-term market was only a slice of that. It focused on those who wanted coverage between jobs, or before new employer coverage began, or before Medicare began. Those with preexisting health conditions paid more. Coverage could also be tailored to exclude, say, maternity care.

However, a reasonably healthy individual may buy such a plan “just in case.” These are the very folks the ACA wants in the exchanges. They would help balance out the high cost people with ongoing health problems.

Thus, some opponents fear that expanding the length of short-term policies would take away healthy buyers from the exchange marketplaces and result in higher premiums for those who remain.

Advocates of the short-term policies would argue that these are precisely the folks who aren’t buying coverage now.

Given the strongly disproportionate enrollment into the exchanges by those with preexisting conditions and other health concerns, I’m of the view that this proposal increases the number of people with coverage, by means of the short-term policies, without having much impact on the exchanges.

But, there is a complication!

The complication is the administration’s decision to stop payments to insurers for cost-sharing subsidies. These are subsidies to help low income people pay for co-payments, deductibles and other out-of-pocket expenses.

These subsidies differ from those to help consumers pay for insurance premiums. The administration’s decision order doesn’t change those premium subsidies.

What does change is that the administration is arguing that Congress never appropriated the payments of the cost-sharing subsidies to the insurers and as a result these payments will now stop.

This presents a problem. Insurers in the marketplace must honor the effectively lower deductibles and co-pays. To offset losses from the administration’s action, they ordinarily would raise premiums or leave the market.

Blue Cross Blue Shield of Texas reported that its 2018 rates reflect this assumption. Other states, such as California, directed insurers to assume that the subsidy payments would go away, it also approved higher rates. Other states may allow insurers to revise their rates; still others may not.

So, in some states, premiums are already higher due to the anticipation of the administration’s action. In others, premiums will increase to reflect the new action. In still others, insurers may be simply out of luck; these are the states where some or all insurers may withdraw from the exchanges.

A new group would be vulnerable

This sets up a second set of consumers who will be affected by the short-term policies. It’s not the folks who have the premium subsidies. As long as their incomes don’t change, the premiums they pay are unaffected. Under the ACA, taxpayers pay for their higher premiums.

No, the second affected group consists of those who are not eligible for a premium subsidy. Whether they buy coverage through the exchange or through an off-exchange, ACA-compliant policy, they will face the higher premiums.

In my view, many of these will be tempted by the short-term policies. Some will be pleased that they can get “just in case” coverage at a lower premium. Some will be pleased that they can buy coverage that doesn’t include features they don’t value, maternity care perhaps, at a much lower price. Others will make the trade-off of lower-priced coverage, but exclusion of coverage for their heart condition. They hope and trust that they can make it to the next ACA open enrollment period if they need such care. These folks all expand enrollment in the short-term market segment.

It isn’t clear, however, how big an impact this enrollment shift might have on the exchanges. To the extent that these are disproportionately healthy folks who withdraw, their withdrawal will mean that those who remain in the exchanges are those with higher average medical costs, resulting in higher premiums next year.

So, while most of the actions in the president’s executive order are likely to have “not much” impact, the real story is likely to be the shift to short-term policies in the face of the elimination of the payments for the cost-sharing subsidy. 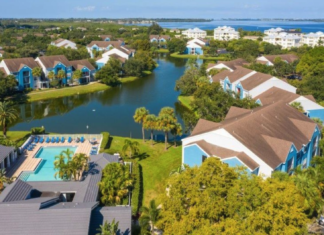 Staff Writer - January 1, 2000
This year, we covered Southwest Florida which boasts the most perfect white sand beaches in the United States. The Life & News Team went out on...