The Atlanta mayoral showdown between Keisha Lance Bottoms and Mary Norwood was a political battle 30 years in the making.

Atlanta was poised to elect its first white mayor in decades. However, Bottoms, who is black, claimed a narrow victory with a few hundred votes more than her opponent. Norwood, who is white, has called for a recount that is unlikely to alter the results.

The election demonstrated the complicated nature of race, class and gender in southern politics. The world has watched Atlanta – the “Black Mecca” – emerge as the vanguard for political inclusion through black electoral politics. Yet, tensions have long simmered just below the surface of the so-called City Too Busy to Hate, as I write in my book, “The Legend of the Black Mecca.” Atlanta’s pomp and circumstance of the “Black Mecca” is in jeopardy.

It has been 44 years since Maynard Jackson Jr. became the first black mayor of Atlanta. And yet, by and large, Atlanta’s working and poorer classes have suffered as the city has risen to global prominence.

The 1980s dealt a deafening blow when President Ronald Reagan cut federal funding to American cities. During that time period, Atlanta’s mayors had no choice but to expand the city through developments made by international investors with profit in mind, but no interest in helping the city’s poor. For example, by the 1980s, Atlanta had the second-highest poverty rate in the country, a large homeless population, a high high school dropout rate along with a drug crisis and a recession. As I explain in my book, Atlanta was also one of the top-ranked cities in the country for incidence of violent crimes.

In 1987, Atlanta’s white business community and the black city government started a bid to host the Centennial Olympic Games. In the bidding process, they promoted the city to the world but did little for Atlanta’s natives. Since then, as I see it, Atlanta’s black leadership has been compromised.

The city’s white business elite saw the Olympic bid as a means to recapture Atlanta’s urban center from blight, triggered by white flight of prior generations. They constructed the Atlantic Center, a master-planned, multiphase office complex with 3 million square feet of premium office space. They also created the Red Dogs, a military-style police outfit, an aggressive police force in black neighborhoods with high occurrence of drug sales and use as well as violent drug-related crimes. In just seven months after its founding, the Red Dogs were responsible for 721 felony arrests.

As I explain in my book, the popular political sentiment of the black masses is one of distrust and resentment toward leadership. They believe black leaders pursued policies that benefited white and black elites to the exclusion of the vast majority of black citizens who had brought them to power.

Take housing, for example. From 1974 to 1984, funding for the city’s public housing was slashed by 74 percent. So, Atlanta’s leadership demolished much of it, displacing thousands. The city is now 30 years into a 40-year plan to take back downtown real estate and set housing at market prices – making it unaffordable to working Atlantans who don’t have generational wealth.

I am disheartened by my generation’s negligence. As of Dec. 5, 2017, 640,861 voters were registered in Atlanta’s Fulton County and DeKalb County districts. Only 92,169 voters cast ballots for the mayoral race. For black Gen Xers, this mayoral race demonstrates how negligent we are in understanding history. Our parents bore witness to disenfranchisement and second-class citizenship until the mid-1960s, only for us – the black electorate of Atlanta – to became idolaters of power and popularity, splitting the black vote and forgetting to perform politically.

Narrowly, black Atlantans delivered this election for Bottoms. The vote was divided by race. Maps show that Bottoms’s victory came from predominantly black neighborhoods of Atlanta’s west, southwest, south, southeast and east sides. Norwood carried neighborhoods in the predominantly white northern half of the city. Strikingly, the numbers indicate poor voter turnout for both candidates. What does this mean for the future of a city branded as “the City Too Busy to Hate,” “The Black Mecca” and “Hotlanta”?

Let’s be clear: Atlanta is liberated territory for black, brown and other communities on the fringes. Yet, it may be too much to ask our city to live up to all of its competing images. Journalist John Helyar once wrote, “If New York is the Big Apple and New Orleans is the Big Easy, Atlanta is the Big Hustle.” Perhaps Atlanta can focus inwardly – recalibrating virtue and merit – casting aside its conniving spirit. 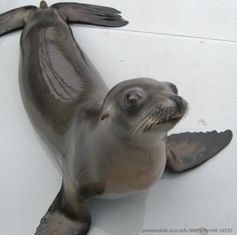 Staff Writer - March 20, 2015
Sunanda Creagh, The Conversation Ronan the sea lion was able to keep a musical beat, even when hearing a song for the first time. American Psychological...