The cost of college may be on the rise, but most still agree that it’s a sound investment. There are, in fact, a number of personal and societal benefits associated with getting a bachelor’s degree and, it seems, people know that: Over 90 percent of Americans – across all races and socioeconomic statuses – aspire to attend college.

Despite these aspirations, only about a third of Americans currently hold bachelor’s degrees. And the gap between those who aspire to go to college and those who actually achieve a degree is much larger for students from some backgrounds than for others.

As a team of social scientists from the University of Southern California and University of Michigan, we had a question: Why are the gaps between aspiration and attainment wider for some groups of students? And can we reduce that gap?

College is a resource: More is better

College graduates are also good for communities and societies. Neighborhoods with college-educated parents have better schools, as college-educated people contribute more to the tax base. Local and national economies are better off with more educated workers. Countries with a more educated population have stronger democracies and more civic participation.

Unsurprisingly, there’s a strong link between aspiring to go to college and actually attending. And needless to say, people who don’t aspire to go to college rarely do go to college. But aspirations aren’t enough; many who hope to earn a degree never start college, and fewer still actually graduate.

To better understand why, we conducted a systematic review of relevant studies from psychology, economics, sociology and public policy. We found that high aspirations are pretty evenly spread across the U.S.: Most Americans, regardless of demographics, want to go to college. But achievement of those aspirations is not evenly spread: The odds of graduating college heavily favor students with educated, wealthy parents.

Think of family income, wealth and education as resources that a student can use to attain academic success. These resources are like rungs on a social ladder. And, as it turns out, a family’s position in this social hierarchy matters for their children’s academic outcomes – no matter what racial or ethnic background their family has. Although 80 to 100 percent of students (depending on the study) aspire to go to college, only 63 percent of students from low- and middle-income families enroll in college, compared to 83 percent of students from high-income families.

There also seems to be a correlation between race-ethnicity and going to college. People from all racial-ethnic backgrounds are as likely to start college. What differs is their likelihood of completion.

Why might this be? One difference is their families, who are less likely to be near the top of the social hierarchy. Some of this is wealth – the average wealth of white and black families, for instance, differs by a factor of 14. But Latino, African-American and Native American children are also more likely to be from low-income, low-education families, which places them at the bottom of the social hierarchy.

In fact, some studies show that once social hierarchy is taken into account, racial-ethnic minority and white students are equally likely to be enrolled in 2- or 4-year colleges.

What do the upper rungs get you?

According to a recent study, 38 colleges have more students from the top 1 percent of the nation’s income distribution than the bottom 60 percent.

Some may find this unsettling. Why does it seem like students born on the upper rungs stay there, while everyone else doesn’t even get the chance to move up? This lack of mobility may have to do with the benefits of family wealth.

So what does money buy? One thing is better schools before college. Even though states attempt to equalize funding, much of a public school’s money comes from local taxes. That means that students from wealthier families have access to better-resourced schools, which often includes better support in applying for college.

But social hierarchy is not just about material resources. Rather, our research suggests that certain environments shape student motivation:

In contrast, in modern America, students at lower rungs are often segregated into resource-poor homes, neighborhoods and schools. These environments can unintentionally reinforce an alternative perspective: that difficulty signals low odds or even impossibility. If something is hard, that means I can’t do it and I should shift my effort to something else. When triggered, this perspective can mean that “people like me” can’t succeed.

Children of the wealthy, on the other hand, tend to go to schools and attend activities that bolster them academically and motivationally.

Make climbing a real possibility for everyone

For the economy to grow, more people need to attain college degrees beyond the one-third currently graduating. What’s more, to protect American values of fairness and equal opportunity, climbing the ladder should be equally possible for all students.

But right now, there are many impediments. Our research shows that those on lower rungs of the social ladder are often not sure how to get going and how to keep moving up. They may not be sure that college is really a “me” thing to do. They may not have the resources to know how to get going. When schoolwork is hard, they may think it’s a signal that they’re just not cut out for it.

What can be done? We believe policymakers should understand that the problem is not low aspirations but low support compounded by economic segregation. Policy should focus on providing a clearer road map to college and college graduation. This means providing public support for programs – after school, in school, and weekends – that help give all children the support and motivation they need to attain their college dreams. 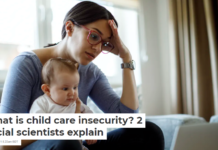 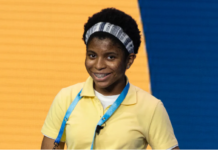 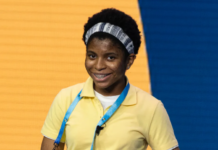 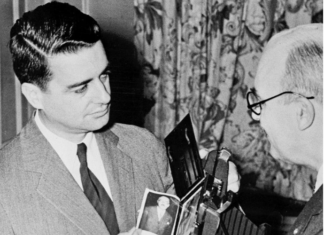 70 years of instant photos, thanks to inventor Edwin Land’s Polaroid...

Staff Writer - May 18, 2018
Ann Elsner, Indiana University It probably happens every minute of the day: A little girl demands to see the photo her parent has just taken...