By Don Fullerton, University of Illinois at Urbana-Champaign

So-called cap and trade may be a solution to a problem it was not intended to solve: state budget crises.

Cap-and-trade policy was designed to address climate change by putting a “cap” on carbon dioxide emissions – issuing a fixed number of permits – and then allowing firms to “trade” those permits. Since they pay a market price per ton of CO2 emissions, firms have an incentive to find all the cheapest possible ways to cut emissions.

But the suggestion to implement cap-and-trade in any one state within the US has almost nothing to do with global warming. Given huge emissions from the rest of the world, cutting emissions in one state will have no perceptible effect on global emissions and climate change. So, for policy options within your own state, it’s about the money.

In June, President Barack Obama announced a proposal to impose greenhouse gas emission restrictions on electricity generators in each state that will achieve an average reduction of 30% below 2005 levels. Comments are welcome until the executive order is issued in June 2015.

The federal plan allows a lot of flexibility, as each state can choose how to comply. Each can impose energy efficiency mandates, switch production from coal to low-carbon natural gas, reduce demand for electricity, increase renewable production or use any combination of such methods. One allowable method is for a state to impose its own cap-and-trade system, or join a regional cap-and-trade system.

The Clean Air Act has been signed – it’s time to comply.
Joshua Roberts/Reuters

Historically, such permits are handed out to existing electricity generators, so that each plant can emit 70% of a previous year’s level, or sell those rights, or buy more. Unfortunately, the California plan started by handing out these valuable pieces of paper to existing polluters. After all, the price of electricity is going to increase in any case, which will cover those firms’ added cost of compliance.

If they get free permits and sell electricity at a higher price, those firms make profits. A simple alternative is for the state not to hand out the permits, but to sell them at auction. Then the state can capture those profits as state revenue.

Take my own state as a mere example of the budget pressures faced by virtually every state. Illinois has huge budget deficits: the Institute of Government and Public Affairs at the University of Illinois estimates the state’s annual budget deficit will be US$4 billion next year (and will rise within ten years to about US$14 billion per year). Cap-and-trade could be a partial remedy.

If Illinois sells permits for carbon dioxide emissions at about US$20 per ton — similar to the program already in place in California — the state could raise US$1.5 billion per year. That number is over a third of the US$4.1 billion deficit projected for next year. The number of permits would be limited in order to enforce the cap, and the firms could sell the permits to each other.

How would consumers be affected? Coal is used to generate just under half of the electricity used in Illinois, and the emission reduction would increase the cost of that production by about a penny per kilowatt hour, or about 10%.

But that would occur regardless of how Illinois complies with the federal mandate. Many such plans restrict production and generate profits to firms. Only if the state sells the permits can those profits be captured by the state and used to help low-income families cover the extra cost of their needed electricity.

The threat of job losses

Critics complain that a cap-and-trade plan could put some people out of work. These disadvantages are real. Yet any alternative way of raising US$1.5 billion per year would place similar burdens on state taxpayers. Any income or sales tax would also raise production costs and reduce economic activity.

In contrast, cap-and-trade could raise those funds while placing more of the burden on those who live outside the state: the owners of coal-fired power plants and their stockholders. A coal-fired power plant is a long-lived investment with a huge sunk cost (about US$3 billion). These plants are owned by large national corporations that can afford to build them.

A 10% increase in the cost of coal-fired electricity will not prompt these companies to shut down and throw away their US$3 billion investment. Instead, they likely will continue to operate, to employ workers and to buy coal from mines that also continue to operate.

Consumers win in the end

Meanwhile, the price of electricity in the state is determined in competitive markets that include natural gas plants with much smaller carbon content and renewables with no carbon content, such as wind power.

This competition will not allow coal-fired power plants to pass all the costs of cap-and-trade on to their customers. The main effect of making electricity more expensive to produce will be to reduce the profits to the out-of-state stockholders of the national firms that own the coal-fired plants.

A California-style scheme will bring in much needed state revenue.
Bret Hartman/Reuters

Must state legislators heed lobbyists from those national corporations rather than the interests of their own residents and taxpayers? Consumers might pay a bit more for electricity, but the burden from cap-and-trade likely is much less than the burden from collecting the same revenue using an income tax or sales tax.

While it would have a negligible effect on global carbon dioxide emissions, any state’s cap-and-trade plan would also reduce other local pollutants that cause urban smog and local health problems. And it might give technology a jump on other states preparing for a possible worldwide agreement that requires cap-and-trade at the national level — one that might actually affect worldwide carbon emissions and climate change. 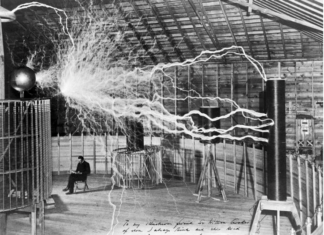