A new Global Cardiovascular Disease Atlas shows that rates of cardiovascular disease are falling in wealthier countries. During the second half of the 20th century, deaths from diseases such as heart attacks and strokes fell by 50%. In most high-income countries including the US, UK and Western Europe deaths fell by a huge 80%.

But this is not a global phenomenon. The findings, launched by the World Heart Federation in its journal Global Heart, showed that in several low and middle-income countries the epidemic is still developing.

Diet, high blood pressure and tobacco use were the three main culprits for causing cardiovascular disease worldwide. Tobacco appears to be a clear dividing factor when you compare Asia to North America, Western Europe and Australasia, where efforts to curb smoking have been successful.

Another difference is the more recent experience of demographic and behavioural changes lower and middle-income countries have had to adapt to. These include increased life expectancy and more sedentary lifestyles, combined with poor diet.

The second half of the 20th century has also seen a rise in effective treatment for most forms of cardiovascular disease from medications to control blood pressure and cholesterol levels to improvements in surgery. These have been available and increasingly used in wealthier countries and has certainly helped them stem the number of deaths. But their relative contribution to bringing down mortality falls is still being debated.

An array of studies have shown that falls in death rates from heart disease are a result of a decline in people getting heart disease in the first place, as well as improvement in treatments. An earlier study across 21 countries showed that approximately three quarters of the fall in coronary heart disease mortality was due to a decline in event rates.

Other studies show that falls in heart disease mortality rates in wealthier countries were a result of risk factor changes. The Nordic countries display dramatic contributions of reducing risk factors from implementing effective policies that maximise population coverage. The fall due to treatments is consistently a factor too, though doesn’t seem to be as significant.

The same factors have also driven the recent substantial increases in CVD mortality rates in middle and low-income countries. In China, mortality increased rapidly from 1984, reflecting a Westernisation of their diet, compounded by population ageing.

Similar results were seen in Central Europe. Notably, in Poland, with dramatic falls in mortality from heart disease in the 1990s attributed mainly to population level changes in risk factors, particularly related to diet and as a result of the profound socioeconomic transformation during the period.

In Syria and Tunisia, coronary heart disease mortality rates are increasing again driven by adverse risk factors changes. But their regional neighbours, Turkey and Palestine are rapidly reducing their mortality rates. Not surprisingly, also driven by profound favourable changes in diet, smoking and physical activity were the drivers of these diverging trends.

The success of clinical cardiology in providing cost-effective treatments should be celebrated. Substantial additional gains could be achieved by providing appropriate treatments for a larger number of existing patients. However, this will require further resources and may therefore be considered unaffordable for many low and middle countries or even in more affluent societies during the current recession.

Declines not a given

The decline in deaths from cardiovascular disease is not necessarily set to continue, however. As the global atlas highlights, a growth in life expectancy and ageing populations is becoming an increasingly important driver of the disease burden.

Even in wealthier countries, where we seem to be making gains, we shouldn’t rest on our laurels just yet. Rates can change direction very fast, as the recent natural experiment in Cuba illustrates. Here, an economic crisis in the mid-90s caused weight loss across the population, which led to rapid declines in heart disease and diabetes.

The rapid response of mortality trends to changes in risk factors, acting at the population level emphasises the role of preventative strategies. Countries should be encouraged to adopt effective strategies by those that have reaped the benefits of implementing them.

Population-wide interventions aimed at the major tobacco, diet and lifestyle factors could produce large, rapid and cost-saving benefits. But the political challenges to implement these policies are formidable and vary country to country.

Fortunately – as the relative success that wealthy countries have enjoyed in lowering CVD mortality rates shows – we know what works. Developing better treatment is important, but reducing risk factors by promoting healthier lifestyles is key to reducing the number of deaths from heart disease. Action on this is urgent because delays will cost lives and money. 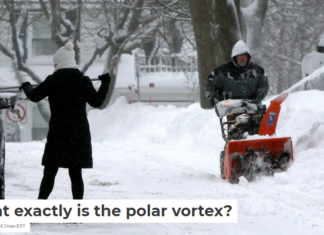 An analysis of nearly 4 million pitches shows just how many...