Despite rapid growth in the number of non-profit investigative centres in the United States and many fine examples of quality journalism by such centres, uncertainty remains over the longer-term sustainability of philanthropically-funded journalism.

There is a well-founded concern among senior non-profit centre editors that the next few years will see a consolidation in the number of centres, that foundations will shift their funding to other areas, and that there are limited alternative sources of revenue available despite significant and increasing income generation by several non-profits.

These concerns stem from a growing recognition that paid advertising will be much more limited than once thought and the long and unexplained delay by the Internal Revenue Service in granting tax deductibility status to several start-ups.

The closure in 2011 of the Capitol News Connection, the recent management upheavals at The Bay Citizen and the suspension of operations due to funding issues at the Chicago News Cooperative have sent cold shivers through the sector.

Despite this, US non-profit investigative centres continue to produce award-winning projects and have energised a watchdog vibe in sections of the media. Indeed, some of the lengthy investigations conducted by the bigger centres look similar to the work of muckrakers such as Ida Tarbell and others in the early 1900s.

But while their publications were financed by advertising and circulation jumps, many non-profits today rely totally on foundations. And the foundations are telling them they need to develop alternative revenue streams.

The Knight Foundation’s John Bracken: “Building your fiscal model on the vagaries of foundations is precarious at best. Foundations have new interests, they move on … it’s not a long-term sustainable thing to expect MacArthur Foundation to write you a cheque every year for perpetuity …”

MacArthur Foundation’s Elspeth Revere envisages supporting centres in the longer term but adds: “Sometimes we do say to them, “look, we’ll support you for a while but foundations may eventually change their priorities.””

The McCormick Foundation’s Clark Bell warns there isn’t a mandate that says foundations have to support non-profit journalism outlets. “Funding isn’t a black and white issue; you do it from your heart, you do it from your gut. Many of these organisations are new – you have to sometimes be a little more patient but other times you say “this group just isn’t going anywhere, has no future.””

In several interviews with foundations that support investigative reporting, grant-makers referred to the National Public Radio (NPR) model of public funding and fund drives as the next step in the evolution of investigative journalism from the commercial to the philanthropic and finally to a natural audience of true believers in accountability and democracy.

Foundation grants, they said, could only do so much to fill the reporting gap created by legacy media’s woes but who would fund public interest journalism in places like New Mexico, Montana or Mississippi?

Clark Bell believes that ultimately non-profits will need support from people who care about quality content and are willing to subscribe to it, much like happens with public radio and television.

Investigative Reporting Workshop’s Chuck Lewis points out that 17 non-profit centres are now based at American universities – in 2005, there were only one or two. He notes that when NPR merged with public radio stations in the late 1970s, it found that almost three-quarters of them were based at colleges and universities. Similarly, non-profit investigative centres were now following the same path, locating at universities and using existing infrastructure.

The immediate questions confronting the 75 US non-profit news centres and websites include:

Asking traditional media to pay for stories through syndication deals or for individual projects seems like an obvious revenue source but has succeeded in only a few places, notably the Centre for Investigative Reporting/ California Watch. To an outsider such as myself, some of the nonprofits’ give-ways look loony.

Buzenberg recounts that the Centre for Public Integrity, which is one of the biggest and best funded non-profits, hired a Pulitzer Prize winning national security reporter from The Washington Post recently and that the Post now publishes most of the stories he writes for the centre – without paying a cent, at least for now.

Let me get this right: The Post previously paid this guy, presumably at the upper level for an expert, award-winning reporter, but now gets his stories for free, riding on back of tax deductible donations?

Buzenberg says the Centre is in process of asking The Post and other publications to make annual contributions to the Center in exchange for using work that is not free to produce, and is looking at other ways to monetise stories. For now, however, CPI and other centres and investigative websites remain dependent on big foundations and individual contributors.

INN’s Kevin Davis worries that many non-profits are undervaluing their stories to clinch distribution and other deals with legacy media. But it’s tough in a buyers’ market “to get people to pay anything right now.”

So it looks like non-profits may be stuck in a pincer-like clutch: foundations and wealthy donors want them to be entrepreneurial in developing funding options but the IRS apparently wants nonprofits to differentiate from commercial outlets.

Lewis believes that legacy media “have no idea what they are doing” when it comes to trying to restore their financial sustainability so it is unsurprising that the newer, more fragile nonprofits still depend on foundation support. However, he says, such funding is notoriously fickle and that some foundations inevitably will move to other areas.

If that occurs, there will probably be a greater need to get legacy media to pay non-profit publishers for their stories.

Before 2006 there were a handful of US non-profits – Lewis’s research shows about 75 centres are now doing investigative and accountability reporting and the competition for foundation funding is intense.

The centres have had a profound yet little reported impact on traditional media and media ethics. Quality newspapers such as The New York Times and The Washington Post that several years ago wouldn’t have dreamed of running serious investigative journalism from outside sources now regularly carry projects by non-profits such as ProPublica, The Centre for Public Integrity and The Centre for Investigative Reporting.

Collaborations on major investigations are almost routine. It sometimes looks as if mainstream media has outsourced long-form, time-consuming and risky journalism to non-profit centres, many of which are staffed and edited by former senior colleagues.

The 60 non-profit members of the Investigative News Network have between 600 and 1000 publication, distribution and collaboration deals with external partners, according to Davis and he expects the trend to grow over the next few years.

Something else has changed: in my experience reporters always craved assurance that the editorial content of their newspaper was not influenced by the business side of the operation. That there was a “Chinese wall” between the two. This may have been an ideal rather than reality but it was an article of faith nevertheless.

Today, the top editorial guy in a non-profit spends most of his or her time chasing foundations and wealthy funders and watching over projects. The only question I heard a senior non-profit executive ask when he was told about a journalism conference was: will there be funders there?

The last seven years have been traumatic for US investigative journalism and could have been fatal. It is more than gratifying that philanthropic foundations have put their money where their concerns are for accountability and having a robust watchdog media.

However, it seems the public has been largely mute on the matter. We know they don’t much care for journalists, but they do care about the same issues of accountability, scrutiny of the powerful, and having quality information that journalists and foundations sweat over. The question is do they care enough to pay for it? Ultimately, do they care about democracy? The same question needs to be asked in Australia.

Mainstream journalism in Australia has not been as hard hit as in the United States. The ABC, Fairfax and News Limited continue to do robust investigative reporting. But it would be naive to believe this can continue indefinitely.

Local publishers are cutting costs and we know that investigative journalism is relatively expensive, making it vulnerable to managers who are looking at the bottom line. The Global Mail’s Monica Attard, in a submission to the Finkelstein inquiry into media and media regulation, warned that “though the Australian experience lags behind that of the United States in time, it is no less severe.’’ So one must ask who will be doing in-depth reporting in 10 years time?

The philanthropic scene in Australia, for a variety of reasons, generally is not as concerned as its US counterpart about the vital role media play in a democracy. However, the good news is that developments in the past few years may signal a richer, more diverse quality media in future.

Not that long ago we didn’t have Crikey, The Global Mail, The Conversation, Inside Story, or New Matilda. Furthermore, an increasing number of university journalism schools are recognising that student assignments, with careful supervision, can be published online as well as in traditional outlets.

While not widely reported in the media, it also is encouraging that the Finkelstein inquiry recommended that tax deductibility in future might be introduced to encourage philanthropists to donate to news ventures and that a centre for investigative journalism could be established at a tertiary institution or a collective of such institutions. Wotif.com founder Graeme Wood’s multi-million support for The Global Mail so far is unprecedented in Australia but other models such as The Conversation are bound to emerge.

I believe these trends will grow and urge Australian philanthropists to note the words of the US Federal Communications Commission report on “The Information Needs of Communities” that “without strong reporting, the issues that philanthropists care about – whether health, environment, children, fiscal responsibility – are all shortchanged.” 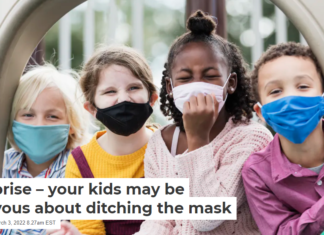 What to do with Confederate statues?