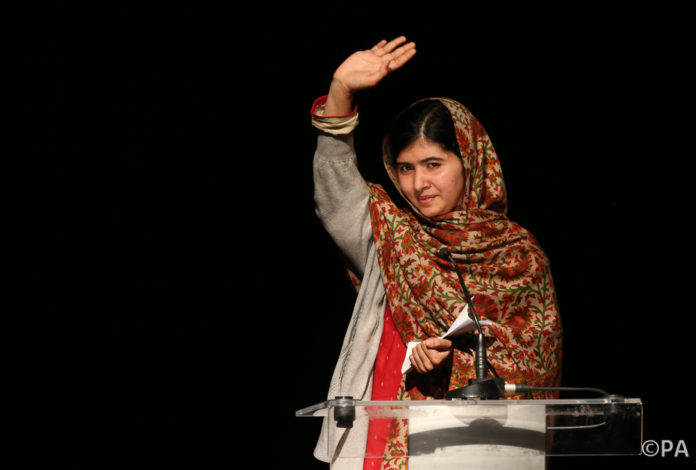 By Nazima Rassool, University of Reading

The Nobel Peace Prize is a major achievement in itself. For it to be awarded – jointly with the Indian anti-child slavery activist Kailash Satyarthi – to a teenager still at secondary school is extraordinary. But then, Malala Yousafzai is no ordinary young woman. Her advocacy for women’s educational and social rights in Pakistan have held to account those in charge of turning policy promises into real opportunities for young women.

She is known globally as the girl from Swat whose sustained campaign for the rights of girls to be educated, led to an assassination attempt on a school bus in October 2012. Malala, then 14, had incurred the wrath of the Taliban.

Born on 12 January 1997 in the town of Mingora, in the Swat Valley of Pakistan’s Northwest Province of Khyber Pakhtunkhwa, Malala was politically educated by her father, Ziauddin Yousufzai, a formative influence in her life. Through his encouragement, her public campaign for the right of girls to be educated started in 2008, when she addressed the local press club in Peshawar asking the question: “How dare the Taliban take away my basic right to education?”

Malala started writing her blog for the BBC under a pseudonym, Gul Makai, when she was 11-years-old. This was a time when the Taliban dominated the Swat Valley and were destroying girls’ schools leading many girls to drop out. Some families left to educate their daughters in the larger cities of Pakistan or overseas.

Her blog gave a vivid account of what it was like living under siege and the uncertainty of being able to attend school. On January 14 2009, the day before the Taliban’s edict on closing girls’ schools came into effect, she wrote: “I am of the view that the school will one day reopen but while leaving I looked at the building as if I would not come here again.”

Malala did return to school after the military’s partial success in driving back the Taliban but the family became internally displaced persons when Mingora was evacuated during the Second Battle of Swat. On their return journey Malala made a special a plea to Richard Holbrooke, President Barack Obama’s special representative to Afghanistan and Pakistan to “help us in our education”.

As her blog identity became known and the diary available in English, young people across the world started engaging with the issue of girls and education online. One wrote: “Malala has not only spoken up for people but even has given people the courage enough to speak up, (on) any platform”. She had become a positive, powerful role model and her engagement in media and other public forums enabled her to extend her campaign for girls’ education to wider audiences.

Since then she has won a host of other global awards and was also been nominated for the Nobel Peace Prize in 2013. At the first Youth Takeover at the United Nations last year, on her 16th birthday, she addressed international youth educational advocates. She said: “I’m here to speak for the right of education for every child. I want education for the sons and daughters of the Taliban and all terrorists and extremists”. A charity fund has been established in her name to increase advocacy for girls’ education and to provide girls confidence to pursue their right to education.

Malala’s campaign has highlighted the need for countries to address the social, cultural and political factors that exclude girls from a basic human right – the right to be educated.

Pakistan, like many other countries, has become signatory to a number of international global charters, that enshrine equality of education, yet in 2009 girls in the Swat Valley were prohibited from attending school and their schools were demolished. The Taliban shot Malala in 2012 for speaking up against this injustice – she needed to be silenced. There clearly is a major gap between policy and practice.

Despite recent education reforms, Pakistan continues to underachieve in education – it is ranked at 118 out of 129 countries in UNESCO’s Educational Development Index. According to the 2012-13 Pakistan Social and Living Standards Measurement Survey only 47% of women nationally have completed education at primary or higher level. In Khyber Pakhtunkhwa province, Malala’s home, it’s 29% of women.

Various factors contribute to the likelihood of girls continuing their education, especially in rural areas. Poverty plays a big part. In a conservative country, so does the need for an adequate supply of female teachers, the provision of separate toilet facilities for boys and girls in co-educational schools, school boundary walls at girls’ schools and travel distance to school.

But national investment in education remains low. According to the UNESCO- Islamabad Report 2010, despite Pakistan’s commitment to raise its educational budget to 4% of GDP, its educational spending has remained at 2% for the last 20 years.

Malala’s book I am Malala (co-written with Christina Lamb) documents the cultural norms that continue to infantilise women and girls by preventing them from living independent lives. My own current research with colleagues into the professional lives of women educators in Punjab confirms the importance of family and cultural support to enable women to develop their own professional careers. Pakistan could only benefit from continued advocacy from people like Malala for women’s education and equal access to the labour market.

As joint winner of the 2014 Nobel Peace Prize, Malala is a powerful role model for girls growing up in Pakistan – and those living in countries where cultural, political and economic factors prevent them from living happy, secure and productive lives – to speak up and speak out against gender injustice. 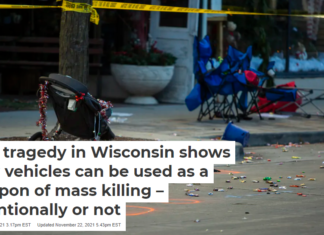 SUV tragedy in Wisconsin shows how vehicles can be used as...

Staff Writer - November 22, 2021
Mia Bloom, Georgia State University Police have yet to confirm what caused a driver to plow a red SUV...