Alongside China’s booming economy and the country’s appetite for steel, concrete, copper and other construction materials, the last decade has demonstrated that not only can China consume materials, but its corporations are also capable of gobbling up companies around the world.

Like other large national and multinational firms worldwide, Chinese firms have now entered the market for corporate control through mergers and acquisitions (M&As) with rivals. The number of mergers in just the first few months of 2016 has already matched 2015’s record year, at a value of US$106 billion.

The nature of mergers and acquisitions is that they tend to come in waves. For example, the third wave of mergers between the mid-1960s and 1980s saw companies buy into different markets through mergers to diversify and strengthen their positions. The fourth wave during the 1990s saw corporations grow through mergers with rivals in the same field into mega-corporatons. The most recent, sixth wave between 2003 and 2008, only now being documented by us, saw for the first time Chinese firms begin to actively participate in corporate takeovers.

As markets globalise, so does the market for corporate control. Mergers and acquisitions, traditionally seen only as an aspect of the Western economic sphere centred on the US and Europe, has now also gone global as companies themselves – and not just their products and services – are traded worldwide.

However, the majority of mergers and acquisitions tend to actually destroy market value: stock market values tend to decline dramatically after a merger is announced. Yet managers and shareholders continue to be lured into this mostly irrational, exuberant activity. Now Chinese firms are dominating this market, there is good reason to study how Chinese acquisitions fare.

In our research, due for publication in the journal Management & Organization Review, Killian McCarthy of Groningen University and I found that the deals Chinese managers make perform better financially than those arranged by their opposite numbers in Europe and the US. The reasons for this better performance are still somewhat unclear.

Chinese M&A deals by nature are more often cross-border. They are also more likely to be hostile takeovers. This should bode ill for their prospects to create value, available research centring on Western economies suggests, as the employees in the acquired firm will not welcome being directed by unfriendly outsiders. Yet the opposite is true for acquisitions by Chinese firms: on average, Chinese firms acquiring other firms see their stock market value increase more than any other firm. Why? Our research offers some suggestions – but they are only suggestions, because the data typically collected about M&A deals is statistical, and includes little information about the human factors in how deals are drawn up and agreed.

One explanation for why Chinese corporate players forge better M&A deals than those in the West is a combination of more close, “personal” attention to the deals and to those individuals making them. At the same time, they are also more willing to walk out of a deal. In Western firms, often it is the ego and bonuses of chief executive officers that prevent careful consideration of the true value of deals, leading corporations to proceed with deals that they should have walked away from or negotiated better terms for. Deals by Chinese players take longer to conclude, and may involve more due diligence, yet are also more likely to be suddenly cut short.

In another piece of as-yet unpublished research, we show that Chinese companies acquiring US and UK companies do better than those acquiring companies from continental Europe. Chinese managers appear to find it easier to deal with partners that have the more singular focus on market value that exists in an Anglo-Saxon context.

As Chinese firms are no longer content to merely produce goods commissioned by their Western customers, they enter and reshape global markets including the one in which corporations themselves are bought and sold. The cult of the magical, essential chief executive that is prevelant in the West is emerging in China, too, and this may start to have a negative effect on Chinese M&A performance in the future. At least for now, Chinese managers seem able to do well in this market, although once the lowest-hanging fruit has been picked, they may find it more difficult to achieve the same value in the future. 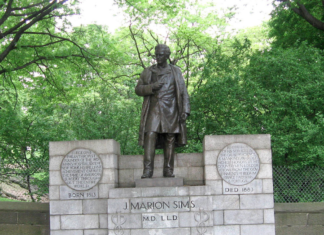