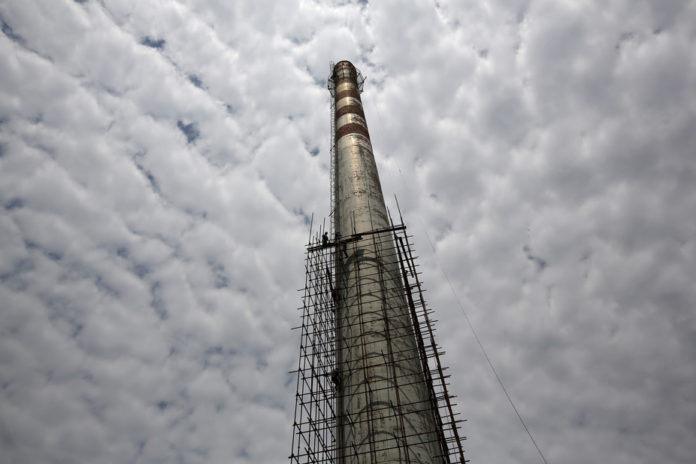 By Marek Kubik, University of Reading

I’ve heard it many a time, and you probably have too. It’s supposedly the trump card to any argument on addressing climate change globally: “Yeah, but what’s the point? Isn’t China building a new coal plant every week?”

If the world’s largest country, with a population of 1.4 billion and counting continues its unwavering march to build carbon intensive fossil fuel generation, what meaningful negotiations can happen on climate change? The factual origin of the “one plant a week” claim is difficult to trace, but clearly warrants some investigation.

If you’re a straight-to-the-point kind of person, the answer is no. When it was coined it was likely to have been true, but in a dynamic and growing economy, it’s one of those “facts” that is outliving the conditions it emerged from. The present-day story is a little more complex.

True, China has seen rampant growth in coal energy over the past decade and we know the country has relied on cheap coal to fuel its growth; buckets of the stuff in fact. In 2010, China alone consumed about 3.3 billion tonnes (around 47% of the world total) and it maintains a planning pipeline of 363 new projects under consideration; a whopping total of 558GW additional coal. That’s compared to a total installed coal capacity of 313GW in the US, the world’s second biggest coal user. Spread those planned Chinese projects evenly over the next 15 years, that’s roughly one every two weeks.

But this simplistic extrapolation is outdated and misleading. Since those coal plants were proposed, China has changed its energy policy to curb carbon emissions and pollution. A five-year plan for the coal industry was introduced in 2012, with a target to cap annual domestic coal consumption to 3.9 billion tonnes by 2015.

Since then, the net buildout of coal plants has dropped dramatically. Planning rejections have been on the rise and the coal industry has been overtaken by new renewable energy. About one-third of the proposed new coal–fired plants that have been approved are delaying the start of their construction, resulting in a big slowdown in newly added coal power capacity. At the same time, coal generation is being phased out (80GW of old capacity was removed from 2001-2010) and there are plans to phase out a further 20 GW of coal. Consider the graph below; even as China’s GDP continues to rise on a fairly stable path, coal consumption is beginning to tail off.

GDP growth against coal consumption where 100 represents GDP in the year 2000.
source

So why the change in heart? First and foremost, 70% of China’s coal companies are reportedly losing money as rising production costs squeeze the viability of adding more coal.

Renewable energy meanwhile, is growing from strength to strength. The country is already the world’s largest producer of wind power, and it plans to double capacity by 2020. New renewable capacity surpassed new fossil fuel and nuclear for the first time last year.

The Chinese renewables boom comes as its citizens are increasingly worried about air pollution. This is the other reason the country’s leadership has gone off coal – persistent smog in industrial and developed areas is hard to ignore, especially when it almost ruined the Beijing Olympics.

Since then, there has been mounting social unrest and growing discontent at the expansion of coal and its impact on health. China’s leadership has been anxious to head off potential sources of unrest, hence its decision to slash coal consumption and close polluting mills, factories and smelters.

These considerations point to more optimism than the 558GW pipeline of coal would suggest. Coal build-out rates are slowing dramatically while China continues to make the world’s biggest investments in renewables. If someone brings out the “one coal plant a week” argument, you can arm yourself with the knowledge that the Chinese coal juggernaut is wounded and slowing, and will, based on China’s own policy objectives, soon trundle to a halt. As world leaders continue to meet and negotiate the global scale of the climate challenge, it would be unfair to claim that China is not pulling its weight.

Marek Kubik works for AES, a Fortune 200 energy solutions company with a diverse global portfolio of renewable and fossil fuel generation, utility businesses and energy storage. He is also affiliated with the Electricity Association of Ireland, for whom he has led on market integration of renewable energy.

Staff Writer - June 7, 2019
Life & News invites you to take a moment from your day and watch this exclusive, special and groundbreaking video mini-series about transformational leadership. It is...