We found that college students who have children had significantly less time for college than their childless peers – about 4.3 hours less per week, to be specific – and that this “time poverty” is greatest for mothers of preschool-age children. That’s according to a 2021 study of 11,195 U.S. college students.

Our study found other trends as well. Student parents also often had to care for children while they were studying. The most “time-poor” parents sacrificed a great deal more of their free time for their studies than childless students who had more time and could complete an academic degree more rapidly.

Among all student parents, those with the youngest children – and mothers in particular – had the least time for college and were likelier to enroll in college part time.“ For example, parents with children less than a year old spent a higher proportion of their free time – time left over after all necessary tasks – on their education than any other group. This was perhaps an attempt to make up for the fact that they had less time for their studies.

In our 2021 study, having less time for college explained much of the difference in time spent on education between college students who have children and those who don’t, as well as between mothers and fathers. It also explained differences among these groups in part-time enrollment.

However, mothers and fathers who lived with other adult family members who could help with child care were able to devote more time to their college work. They also spent less time studying while simultaneously caring for children, and they enrolled in college full time more often. Each additional adult family member living with a student parent increased the time they spent on their studies by over 1.5 hours each week. It also increased the time student parents spent studying without children present by 5 percentage points and their probability of enrolling full time by over 2 percentage points. This suggests that access to child care is critical to the progress of student parents.

Improving outcomes for student parents is important not just for students but for their families. One reason for this is that achieving a college degree is linked to better economic and educational outcomes for their children.

We don’t yet know which kinds of supports might work best to improve outcomes for college students who are parents, but there are several potential solutions.

On-campus child care at colleges in the U.S. currently serves only about 5% of student parents’ needs and has declined over the last several decades.

Time poverty may be a challenge also for students who are not parents. Currently, we are looking at time poverty rates for other groups, such as students who enroll in online courses, women and students of color, to explore the extent to which time poverty is unequally distributed, and whether it may explain inequitable college outcomes for these groups. This may help us to understand whether different groups finish college at different rates because of differences in how much time they have to devote to their studies. 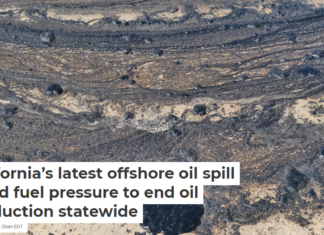 While spending holidays at home, here are a dozen more things...