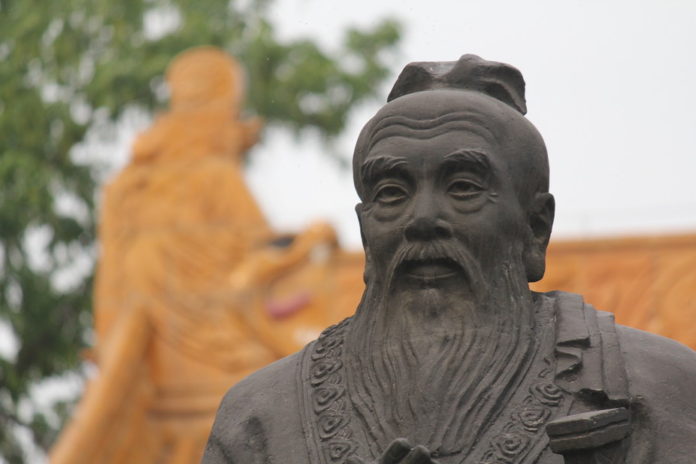 Conventional wisdom holds that China – the world’s most populous country – is an inveterate polluter, that it puts economic goals above conservation in every instance. So China’s recent moves toward an apparent environmentalism have raised some eyebrows. But should they? While China’s leaders have historically chosen growth over sustainability, they have considered both alternatives and consequences to their actions.

Analysts have argued that China’s Confucian roots “helped spur policies that often promoted man’s use of nature, hindering the development of a conservation ethos.” The Book of Rites（禮記), one of the classic Chinese texts venerated by Confucian scholars, instructs “don’t leave vast resources untapped.” Confucians argued that states should provide for the livelihoods of their people and that to do so they had to exploit the wealth of nature. Others took passages like this as an excuse to manipulate their environments for the glory of the state. But these views only account for one aspect of Confucian teachings.

In fact, Confucian thought contains ethics promoting both development AND conservation. Mencius, the second great Confucian thinker, argued that wise resource management was vital to people’s subsistence and encouraged the idea that limiting harvests was essential to ensure that resources would continue to be available. He wrote “If you allow hatchets and axes to be used in the woods only in proper season, there will be more lumber than the people can use.” In the Ming (1368-1644) and Qing (1644-1911) Dynasties, families made woodland conservation central to their Confucian ethics. To properly venerate their ancestors – a core tenet of Confucianism – families protected the woodlands surrounding their graves. These grave groves persisted long enough to become the core of the state’s “ecology forests” in the 1950s and 60s.

Yet the conservation ethic has historically come up against that other core Confucian mission: to provide for people’s livelihoods. Indeed, in its opposition to elements of recent climate accords, China has repeatedly brought up the need to grow its economy and provide for its people. Balancing human needs and environmental protection has been a challenging endeavor for China throughout its history, even before the advent of industrialization.

The Chinese people’s management of the Yellow River throughout history highlights the problem well. Like the creeping threat of climate change, the system of Yellow River dikes juxtaposed short- and medium-term economic benefits against the long-term threat of environmental disaster.

Since the beginning of agriculture in China around ten-thousand years ago, people have cleared forests to plant seasonal crops, making the land susceptible to topsoil erosion. As farmland expanded, more and more soil flowed into river systems. By the year 1 BCE, what had simply been called “the River” was increasingly known as the “Yellow River” because it carried so much yellow-brown sediment – as much as 60% of its flow.

All this sediment built up along the riverbed, gradually raising it above surrounding terrain. Water, of course, tends to flow downhill, so the Yellow River began to change its course, flowing into land with less deposited sediment. To control the river’s changing course and to prevent it from inundating productive farmland, government engineers built dikes. But if these dikes decreased the frequency of flooding, they increased the severity of floods large enough to breach the dikes.

More importantly, dikes didn’t solve the underlying problem that led to river flooding anyway – the accumulation of silt along the river course, ultimately caused by upstream agriculture. Given that the alternative was to deprive farmers of their livelihoods – and the state of its taxes – government after government chose to ignore the underlying problems caused by development and build the dikes higher. The result: major changes of river-course in 11, 1048, 1194, 1494, 1855 and 1938, each inundating huge swaths of farmland, and precipitating waves of political and demographic crises.

There are parallels between global warming and Yellow River flooding. Both were caused by the accumulation of local problems: in global warming’s case air pollution and for the Yellow River topsoil erosion. Both turned into crises of the entire hydrological system: the former destabilizing global climate and precipitation and the latter flooding the entire river-course. Both were the side effect of economic production: burning fossil fuels for power and clearing land for farming. And like modern politicians, ancient statesmen were left with a difficult decision – to restrict economic activity in order to limit stress on the system, or to allow economic growth and deal with the increased threat of natural disasters. Imperial China had the advantage of having unified the entire Yellow River basin under a single government. Yet time and again, they chose to expand production and pray for the best.

Are we headed over the waterfall?
Leruswing, CC BY-SA

So the delicate balance of human needs and environmental conservation is not foreign to Chinese culture. Yet it is telling that one of China’s greatest cultural heroes was Yu the Great (大禹) – an engineer who introduced flood control to China and founded its first dynasty, the Xia (夏, c. 2070 – c. 1600 BCE). Since then, from Yellow River diking to the burning of fossil fuels, Chinese leaders have chosen to grow people’s livelihoods at the risk of environmental disaster.

The latest round of international climate talks concluded on December 14 with the first commitment from all countries to cut carbon emissions. But China and other developing countries continue to oppose being held to the same standard as their developed counterparts. As it has for centuries, the need for environmental protection continues to be balanced against the imperative for economic development. 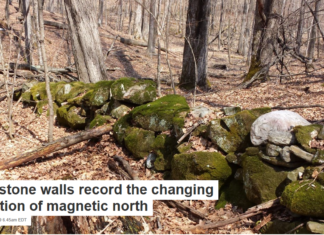 Staff Writer - March 12, 2019
John Delano, University at Albany, State University of New York When I was a kid living in southern New Hampshire, my family home was on...