As we approach Valentine’s Day, it’s nice to celebrate love and, one the best parts about it, sex. As a doctor and epidemiologist who studies sex, I bring good news for Valentine’s Day. It’s not just that sex is fun – it’s also good for your physical and mental health.

Some of my research is focused on how men and women differ in the links between sexuality, mental and physical health, and relationship quality. In this article, I write from my findings and that of others on how sex is important to our love, mental health, relations and survival. At the end, I suggest a solution for individuals who are avoiding sex for a common reason – chronic disease.

Good sex is an inseparable part of our well-being and happiness. Those of us who engage in more sex report better quality of life. Sexual intercourse is linked to high satisfaction across life domains. In one of my studies on 551 married patients with heart disease, individuals who had a higher frequency of sexual intercourse reported higher marital quality, marital consensus, marital coherence, marital affection expression and overall marital satisfaction. These results are replicated in multiple studies.

In a study by another team, partners who both experienced orgasm during sex were considerably happier. These findings are shown inside and outside of the United States.

Although early initiation of sex such as during adolescence is a risk factor for mortality, having a sound sexual life in adulthood is linked to low mortality. In a seven-year follow-up study of men 17 years old or older, erectile dysfunction and having no sexual activity at baseline predicted increased mortality over time. Similar findings were shown in younger men. This is probably because more physically healthy individuals are sexually active.

No sex and forced sex makes us depressed

There is a two-way road between bad sex and depression. Depression is also a reason for bad sex, particularly for women. And, men who are depressed are more likely to sexually abuse their partners.

And it’s important to note, in the wake of continuing news of sexual assault and abuse, that forced sex in intimate relations make people depressed, paranoid, jealous, and ruins relationships. Couples who experience unwanted sex have a higher risk for experiencing other types of abuse, as bad habits tend to cluster.

Sex different for men and women?

Men and women differ in the degree to which their sexual act is attached to their physical, emotional, and relational well-being. Various reasons play a role among both genders, but for women, sexual function is heavily influenced by mental health and relationship quality.

By contrast, for men sexual health reflects physical health. This is also intuitive as the most common sexual disorders are due to problems with desire and erection for women and men, respectively.

As I explained in another article in The Conversation, sexual avoidance for those who have a partner or are in a relationship happens for a long list of reasons, including pain, medications, depression and chronic disease. Common diseases such as heart disease interfere with sex by causing fear and anxiety of sexual intercourse.

Aging should not be considered as a sexless age. Studies have shown that older adults acquire skills and strategies that can buffer age-related declines in their sexual life, particularly when they are in a positive relationship. This is called seniors’ sexual wisdom.

Because people avoid sex for a variety of reasons, there is no single answer for those who want to become sexually active again. For many men, physical health problems are barriers. If they suffer from erectile dysfunction, they can seek medical help for that.

If fear of sex in the presence of chronic disease is a problem, there can be medical help for that as well. For many women, common barriers are relational dissatisfaction and mental health. For both men and women, the first step is to talk about their sexual life with their physician, counselor or therapist.

At least half of all medical visits do not cover any discussion about sexual life of patients. Embarrassment and lack of time are among the most common barrier. So make sure you make time to talk to your doctor or health care provider.

Neither the doctor nor the patient should wait for the other person to start a dialogue about their sexual concerns. The “don’t tell, don’t ask” does not take us anywhere. The solution is “do tell, do ask.” 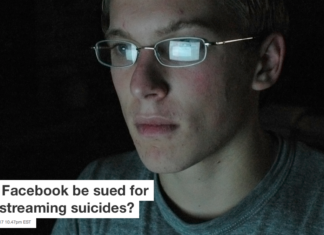