Lawmakers in Texas just introduced a bill that would make a small change but potentially a big difference to the thousands of people awaiting organ transplants in the state. It also illustrates the subtle power of choice “defaults.”

The language doesn’t take away individuals’ freedom to choose whether they’d like to be a donor, but the change would theoretically lead to more organ donors – and more lives saved – because social and behavioral sciences research shows most people accept whatever is listed as the default option. For example, a 2003 study found that the number of people who consented to be organ donors was about 80 percent higher in countries with opt-out policies – similar to the Texas proposal – than those with opt-in policies.

The power of defaults to guide people’s choices has made them an extremely popular way for policymakers and marketers alike to nudge people toward a particular decision. But it has also raised questions about how to ensure that defaults are used ethically and responsibly.

Carefully chosen defaults can help people make choices that are better for themselves and for society.

Walt Disney World, for example, changed the default choices in its kids’ meals – swapping out soda for juice and french fries for fruits and vegetables – leading to the consumption of 21 percent fewer calories, 44 percent less fat and 43 percent less sodium. And Vanguard reported that automatically enrolling new employees in a retirement plan more than doubled participation rates.

But defaults can also be used to help businesses profit from consumers, sometimes by prompting people to choose things that are not in their best interests. When banks began offering overdraft protection for checking account customers, they set the default to “opt out,” meaning clients had to go out of their way to decline the service if they preferred to have transactions be declined rather than pay a US$35 fee for each overdraft.

This cost people a lot of money. Overdraft and nonsufficient funds fees accounted for about 75 percent of total checking account fees and averaged over $250 per year for consumers who had accounts that included overdraft protection by default.

So how can we protect people from potentially predatory situations like this while still making defaults available as a tool to help people make better decisions?

In some cases, policymakers can set rules for how defaults are used. The Consumer Financial Protection Bureau responded to the overdraft protection problem, for example, by mandating that banks must get consumers’ explicit consent before signing them up for the service.

In others, mandates may be inappropriate or infeasible, leading some to suggest that companies be required to inform consumers how defaults are intended to influence them. This recommendation is based on the assumption that by making people more aware of their potential bias, they will be better able to resist its subtle influence and less likely to be manipulated.

Disclosure affects attitudes but not decisions

Our research, published in October, tests this assumption.

In a series of experiments, we presented people with choices framed as either opt-in or opt-out, varied whether or not we told people about the intent and potential influence of the default, and examined how that knowledge influenced their attitudes and decisions.

In one experiment, we had people decide what information (photographs, location, etc.) they would be willing to share on a new social media site and with whom they would share it, like “friends of friends” or advertisers. People were willing to share a third more information when they had to opt out of sharing than when they had to opt in. But more importantly, the amount they shared did not depend on whether they were explicitly told why the site had set the default the way it did, even when the site’s goal was to get them to share more info with more people.

In another experiment, we offered passersby on a college campus free hot chocolate. For some, the hot cocoa came with whipped cream by default, though people could choose to decline it. Others were offered cocoa without it. When whipped cream was the default, almost everyone accepted the more fattening option. When it wasn’t, less than 10 percent topped their cocoa with whipped cream.

In other words, disclosure didn’t end up influencing people’s decisions. It did, however, affect how people felt about the default and the default setter.

Participants in these and other experiments judged the use of a default to be more ethical and fair when the intention behind it was disclosed ahead of time than when it was not. They also showed more interest in working with someone again in the future if that person was up front about how he or she was using defaults to influence their choices.

But this is discouraging for those who hoped that disclosure might be an effective means of consumer protection. Defaults still guide choices even when they are preceded by disclosure of their effects and the reason that they were instituted.

So, aside from banning defaults, what can be done to make people less vulnerable to defaults designed to exploit them?

To protect people from defaults whose influence is unwanted, it is important to understand why defaults are effective in the first place. One of the primary reasons why defaults are so influential is that they change the way we think about the options.

Research shows that making an option the default leads people to focus on reasons to accept the default and reject the alternative first and foremost. This gives the default the edge when the options are being weighed against each other. Since people are often unaware of how defaults are affecting their reasoning, disclosure does not help because they do not know how to adjust their thinking to counter their influence.

Reducing the influence of defaults, therefore, requires an intervention that encourages people to shift their focus away from the default and toward its alternative.

We instructed some of the participants in our studies to think of reasons why they might prefer the default or its alternative and to write down what was important to them before they chose. Those who did this tended to weigh their options more evenly, as if there were no default. This more balanced consideration of both options made people less likely to stick with an option just because it was the default.

So disclosure alone is not enough to safeguard consumer welfare. In some cases, it may be prudent for policymakers to regulate defaults and enforce standards dictating when businesses must obtain consumers’ explicit consent. And in others, it may be necessary for consumer advocates to prompt consumers to weigh their options more evenly.

By making the effect of defaults more widely known and providing a more balanced alternative method for choosing, we hope that defaults will be continue to be leveraged to improve people’s lives, now even more transparently so. 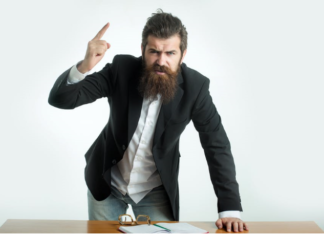 Staff Writer - September 23, 2018
Alan Goodboy, West Virginia University During a recent lecture, I purposefully antagonized students. I belittled one student by criticizing him in front of others. I favored...