Having a “broken” or a “heavy” heart is a description often used by people who are feeling down or depressed. It turns out they’re not that far off the mark.

Depression, like most mental illnesses, puts considerable stress on our minds as well as our bodies.

Stress in the short term is important for the survival of our species. Any danger in the environment triggers the “fight or flight” response. This “survival” system is known as the sympathetic nervous system.

This system operates in a biological tug-of-war with the “rest and digest” system, known as the parasympathetic nervous system.

The parasympathetic nervous system facilitates activities when our bodies are at rest including sexual arousal and appetite.

The “survival” system is always prepared to respond to stressors in the environment and it is up to the “rest” system to halt this activity, much like a brake in a car.

If you are threatened, the “brake” is removed in order for the survival system to facilitate fight or flight behaviors. However, in a safe environment, the brake is applied and the rest system predominates.

The rest system also facilitates social interaction, an essential activity to effectively maintain our relationships with others.

Too much stress over a prolonged period leads to a constant state of alertness. Short periods of stress (when actual danger is present) is normal and can function as a motivator but over the long term, frequent and chronic stress isn’t great for your health.

If you were to feel your pulse now, you would notice that your heart beats in a fairly consistent manner – at least it should.

However, if we were to record your heart rate with hardware that is accurate to the millisecond, we would find small differences in the time between your heartbeats.

Research indicates that a highly variable heart rate increases your capacity to respond and adapt to life’s challenges.

In a sense, it makes your cardiovascular system more flexible. If you’re less able to switch to the rest system, you’re more likely to feel stressed because your body is indicating that there’s danger in the environment – even if there isn’t.

Research has shown that reductions in heart rate variability are a predictor of sudden cardiac death, even in individuals without a prior history of cardiovascular disease.

Why is increased variability in heart rate a good thing?

Reductions in heart rate variability may precede more systemic problems such as arrhythmia and ventricular fibrillation.

In some ways, your cardiovascular system is like a skyscraper. These large structures are built with an element of flexibility to deal with environmental stressors such as high winds and even earthquakes.

If it weren’t for the strict building codes in Tokyo, which require this flexibility, many more would have perished in the recent disaster.

Recent research from our team has discovered that physically healthy but depressed individuals have reduced heart rate variability – in other words, poor heart flexibility – in comparison to people without depression.

While other mechanisms such as an increased inflammatory response have been implicated in the relationship between depression, cardiovascular disease and mortality, heart rate variability is believed to be the major linking factor.

Our findings are important for a number of reasons. They highlights the need for cardiovascular risk reduction strategies in otherwise healthy depressed individuals.

Findings may also relate to the social deficits observed in depression. Poor heart flexibility reflect impairments in the “rest” system, which leads to hypervigilance (enhanced sensory sensitivity) and difficulties in social interactions.

You can increase your heart rate variability

It is possible to increase your heart rate variability and your mood with regular exercise. This is particularly true for older people who already have reduced cardiac flexibility.

Refraining from excessive alcohol intake and stopping smoking have also been found to increase cardiac flexibility, thereby reducing the risk to cardiac health.

Depression may indeed break your heart but with the help of some lifestyle changes and if required, professional help, it appears that your heart can be put back together again. 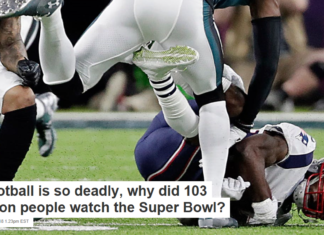