The kicker came in September when the Department of Justice slapped it with a US$14 billion fine for alleged wrongdoing during the financial crisis. But Deutsche Bank was already being buffeted by a string of bad news. Its stock price has slumped over the past year due to a decline in investment banking and dim prospects for its commercial banking business.

This has led to speculation about whether the German government will have to bail it out and, if it doesn’t, whether markets will soon experience another “Lehman moment” – referring to how the collapse of the U.S. investment bank sparked a global financial meltdown in 2008.

As I see it, these concerns obscure the much deeper problem that afflicts the European banking sector and that a bailout alone will do nothing to resolve: a lack of capital.

It also offers a stark warning for U.S. regulators amid talk of changes to banking rules – especially Dodd-Frank – under the new administration. While some changes to the U.S. financial system may be worthwhile, easing capital standards would be a mistake and make another financial crisis much more likely.

Instead, regulators on both sides of the Atlantic need to make sure there’s no question their banks are able to withstand a shock – whether a billion-dollar fine or something much more severe.

Why Deutsche Bank won’t be bailed out

While allowing a bank that has the size and prominence of Deutsche Bank to fail is obviously an event that could have seismic repercussions, bailing it out is not something that would be easy for the German government to do.

There are many reasons for this. One is reputational. Angela Merkel, the German chancellor, has been critical of other governments (especially in Europe) for using taxpayer funds to bail out their banks.

Second, there is little support among German taxpayers for the bailout, so it would also be politically costly.

While it’s interesting to speculate about this, there are other questions that are even more pertinent. First, what is the real problem here? Why is Deutsche Bank in the mess it finds itself in? What can we do to prevent our major financial institutions from being so fragile in the future?

There are many factors responsible for what ails Deutsche Bank. Perhaps none figures more prominently than its capital position during and after the crisis.

Who’s the riskiest of them all?

Among its peer institutions, Deutsche Bank is the riskiest based on its “leverage ratio,” which essentially measures how much equity capital it has as a percentage of total assets.

On June 30, its leverage ratio stood at a shockingly low 2.68 percent, or about half the average for the eight biggest U.S. banks, according to the Federal Deposit Insurance Corporation. That means it had only $2.68 in equity for every $100 in assets.

A low ratio means it has less cushion if there’s a problem. Since banks are required to mark many of their assets to market, an adverse price movement that reduces the value of its assets by just 3 percent would completely wipe out its equity.

We can see that the bank’s low capital is bad from at least two perspectives. One is that a 2.68 percent leverage ratio is less than what Bear Stearns had (2.78 percent) in early 2008 before it collapsed and had to be rescued by the U.S. government via a deal with JPMorgan Chase.

Another is that under the Basel III’s capital rules, banks are required to have a leverage ratio exceeding 3 percent. As an interesting contrast, U.S. bank regulators have adopted a 5 percent minimum leverage ratio for domestic banks. (One caveat is that European regulators [European Banking Authority] gave Deutsche Bank a ratio of 2.96 percent earlier this year,slightly higher than what the FDIC gave it, but still very worrisome.)

Extensive academic research has revealed that a lot of bad things can happen when a bank has critically low capital.

One is that its internal culture gets skewed in favor of growth and excessive risk taking. Deals that can make the bank a lot of money if they pan out (but can also cost the taxpayers a lot) become more attractive. The other consequence is that there is “debt overhang” – so much debt that shareholders are unwilling to infuse any more equity into the bank since most of the benefits of the new equity will flow to the depositors and other creditors.

So this creates a sort of “doom spiral”: More equity is needed to rescue the bank, but excessive debt stands in the way. So the government finds itself on the horns of a dilemma, either let the bank fail or infuse taxpayer money to rescue it.

Finally, more highly levered banks also make a bigger contribution to systemic risk, which is the risk that the whole system will fail, as we saw during the financial crisis.

We see some evidence of these forces operating at Deutsche Bank. Reports suggest the bank is unlikely to raise new equity because its stock price is “too low” and trading at about 25 percent of the book value of its equity. That means the market thinks the value of the bank’s equity is worth just 25 cents when the bank’s balance sheet states it as one dollar. Put slightly differently, if Duetsche bank states its shareholders equity on its balance sheet as $100, the market will actually pay only $25 to buy it.

One reason for the low stock price is its dim business prospects, thanks to anemic economic growth in Europe and tighter banking regulations. The other, of course, is the aforementioned debt overhang.

With such low capital, it is also hardly surprising that its U.S. unit failed the Federal Reserve Bank’s stress test in June. The only other major bank that failed was the U.S. unit of Santander. When a bank fails a test, it is not allowed to remit dividends back to its parent company and may face harsher sanctions. In addition there is reputational damage and potential loss of customer trust, which can be very damaging to the stock price.

Moreover, consistent with the predictions of academic research, the International Monetary Fund named the bank as “the most important net contributor to systemic risk.” In other words, by keeping capital that is too low from a prudential regulation standpoint, Deutsche Bank is creating risk, not only for itself but for the whole global financial system.

So, the real problem for global financial stability is not whether Deutsche Bank will be bailed out. It is the question of what bank regulators are going to do to get more equity capital into banking.

In this regard, U.S. bank regulators have done considerably better than European (and Japanese) bank regulators. During the financial crisis, the U.S. government took equity stakes in banks, effectively recapitalizing them. When the shareholders of these banks repurchased the government’s stakes, private equity capital replaced taxpayer-provided capital, and the U.S. banking system ended up on a much sounder footing as a result.

By contrast, this did not happen in Europe. In fact, banks in Europe lobbied their bank regulators to water down the Basel III capital rules so as to avoid having to raise billions of euros in new capital. As a result, banking fragility in Europe remains considerably higher than in the U.S.

What should be done going forward? I think the single biggest regulatory imperative in banking is to get banks to have significantly higher capital ratios, both in the U.S. and in Europe, although the problem in Europe is more pressing.

And American taxpayers and bank regulators cannot afford to be smug about American banks being better capitalized than European banks. There may be lobbying of the new administration to water down capital requirements but doing so will be bad for the economy, both here and globally. Hopefully we will not repeat the mistakes made in Europe. 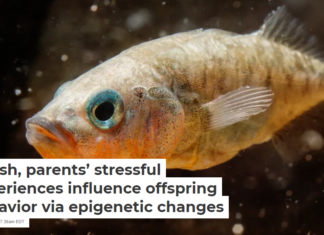 Do you need a second booster shot? An epidemiologist scoured the...