Many presidents have assumed the reins of a divided nation, but we’ve never seen anything like the reaction to Donald J. Trump’s 2016 presidential election.

It didn’t happen to Richard Nixon while the country was bitterly split over race and war.

Half of the country believed Al Gore was cheated out of his shot at the White House in 2000, but the run-up to George W. Bush’s presence in the Oval Office offered nothing like what we are seeing now.

President Barack Obama, by turns believed a socialist and African national, among other things, was feared by some on the right, but didn’t face what the current president-elect now faces: a country whose division is exceeded only by Civil War-era America.

If Trump is so divisive, why did he win?

If we are to believe the emerging consensus, Trump won with the support of working-class white voters, people anxious about their economic prospects in a globalizing economy. The theory goes that the automation that has replaced workers, and the pull of capitalism that pushed manufacturing jobs overseas, squeezed the white working class. As a result, the white working class supported Trump and his promises to blunt globalization and curb free trade, moves that will preserve working-class jobs.

Reasonable people may disagree on the definition of “working class,” but let’s agree that it resides in the US$30,000 to $50,000 range. Even if we add in those classified as poor – that is, households earning less than $30,000 – this group constitutes only about 36 percent of the electorate. Substantial, but not enough to hand Trump the election.

Especially not since Hillary Clinton actually beat Trump among poor and working-class voters: 52 percent to 41 percent.

So, where did Trump beat Clinton if income is the criterion by which we’re judging the election? Even if not by much, exit polling indicates he bested her among those earning at least $50,000 – that is, the middle and upper class.

But for the fact that much has been made of the white working class riding to Trump’s rescue, it’s not entirely shocking that the GOP standard bearer won the middle- and upper-class white vote: It’s been this way for some time, for several decades, in fact.

Instead, what’s most arresting is that middle- and upper-class whites voted for this particular candidate. College-educated whites tend to be more tolerant than those without a college diploma. In a nutshell, a college education is generally tied to a commitment to democratic values. But Trump’s brazen misogyny, racism and navitism run afoul of these values.

By the way, I’m not the only one to conclude that Trump’s victory had at least as much to do with support from voters who remain unencumbered by economic anxiety as those riven by it.

The real reason he won

If social economic status – especially education – is a gateway to a more tolerant, democratic society, why did middle- and upper-class voters back someone who represents the antithesis of such values?

It’s actually pretty simple, in my opinion. My reading of history suggests that the boundaries of American identity intersect with whiteness, patriarchy, xenophobia and homophobia. This means that anyone, any group that falls outside of such a definition of American identity, is considered beyond the political community; they’re aliens.

Rapid social change, which poses a threat to this truncated version of American identity, activates anxiety and anger on the part of those who lay claim to this identity. The America with which they’ve become familiar is changing too fast. Hence, the slogan for the Trump campaign: “Make America great again.” This suggests that America, in its present state, is defective in some way and needs to return some previous version of itself.

Let’s consider what could be “wrong” with America circa 2016.

Rapidly changing demographics means that America will transition to a “majority-minority” country no later than 2044. Women are now more visible in public life than ever. Three serve on the Supreme Court. One even ran for president – twice. Same-sex marriage is now the law of the land. Last, but not least, we’ve had a black president for almost eight years.

With this in mind, many Trump supporters believe themselves to be losing “their” country, something that leads them to prefer a social milieu more consistent with days gone by – one in which primarily white, middle- and upper-class, heterosexual, native-born men reigned supreme.

It isn’t the first time America has witnessed something like this. Rapid social change spurred the growth of the Ku Klux Klan in the 1920s and the John Birch Society in the 1960s.

Like Trump’s supporters, economic anxiety had next to nothing to do with why people supported the KKK or the John Birch Society. These people were relatively well off. Instead, it was the perception of existential threat that pushed people to join each. The KKK felt threatened by the “New Negro” and religious minorities; for the JBS, it was about the civil rights movement joining forces with the Soviet Union.

But we needn’t look back as far as the 20th century to identify the most recent example the reactionary sentiment that fueled Trump’s stunning victory.

As I have written elsewhere, the Tea Party movement formed in reaction to the election of the first black president. He represented social change in which 20 percent of white voters couldn’t believe.

When one considers the extent to which these groups overlap, these similarities come as no great surprise. My analysis of existing polling data suggests 83 percent of those who identify with the Tea Party also supported Trump’s candidacy during the campaign. In other words, Tea Party supporters are now Trump supporters.

More importantly, if the policy preferences of Trump supporters are even remotely similar to those who supported the Tea Party, progressives have reason to be concerned. Tea Party types are far less inclined to support progressive policies than establishment conservatives.

Still, a silver lining may exist. Trump’s victory, in light of all of his antics during the campaign, makes it all but impossible to deny the continuing currency of racism, sexism, xenophobia and homophobia in the United States. It’s on display for all to see.

This could be a good thing: It forces us to reckon with who we really are. Is America really about the democratic, progressive values professed in the founding documents? Or, are we really the small-minded, bigoted place Trump’s election represents?

If we hope to maintain a claim to exceptionalism, we must find our way back to the values on which this country was founded, ones that include equality and freedom.

If Trump and his supporters really wish to “Make America great again,” perhaps they should go all the way back to these founding principles. Only this time, they should leave behind the racism, sexism and nativism. 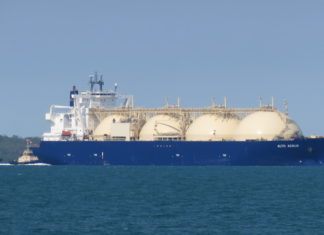