Americans consume a staggering amount of the opioid painkiller hydrocodone – about 99% of the world’s supply. In October, after 10 years of debate the Drug Enforcement Agency (DEA) reclassified medications like Vicodin, and products that combine hydrocodone with other drugs, as Schedule II controlled substances.

This means that the DEA can regulate them like almost all other prescription opioids, such as oxycodone and morphine. Doctors and other licensed subscribers must now write a new prescription each month for patients who need these drugs.

Before doctors could call prescriptions in by phone and could prescribe refills beyond a 30 day supply.

Debates about whether or not “rescheduling” of hydrocodone is a smart policy move depend upon who you ask, and what you believe, about the overall effects that this policy change will have on patients, providers and health systems.

The general facts are clear. There have been unprecedented increases in opioid use and abuse. Hydrocodone sales increased 280% from 1997 to 2007. From 1999 to 2007, the number of unintentional overdose deaths involving opioid painkillers quadrupled.

In an epidemic of prescription painkiller addiction and abuse it seems odd that some painkillers are less strictly regulated than others. However, it is unclear how reclassifying opioid painkillers such as hydrocodone will affect rates of abuse and addiction, or injuries and deaths.

Surveillance data suggest abuse of hydrocodone combination products, like Vicodin, are less likely to result in death compared to other prescription opioids.

Vicodin, for instance, has been the top selling drug by volume in the United States for years and many abusers may transition from fixed-dose combination hydrocodone to stronger forms of prescription opiates, like oxycodone.

Whether or not reclassifying hydrocodone curbs abuse and addiction depends on a variety of factors. Our prior work suggests that the impact of the FDA’s regulatory actions is unpredictable.

For example, some information released by the FDA in its so-called “drug risk communications” has had immediate and strong impacts. These communications are meant to help prescribers make more informed decisions, but many of these risk communications had either delayed or no impact on health care behaviors. With reclassification, we’d expect to see some decrease in the distribution and sales of hydrocodone relative to other painkillers. What we don’t know is how significant that decrease will be.

There are many alternative drugs that might be more appropriate to treat certain kinds pain instead of hydrocodone products – from opioids such as tramadol (Ultram) to non-opioid pain treatments.

The effect of rescheduling on other significant and long-term outcomes, such as injuries and deaths from prescription opioids, is even more difficult to know, due to the number of factors that drive such phenomena.

Given the limitations imposed on Schedule II controlled substances, one natural concern is that hydrocodone will be harder to access for patients who legitimately need it.

This argument has been used against nearly all efforts to date to rein in epidemic rates of abuse and death from prescription opioids. In January last year a representative from the Generic Pharmaceutical Association told the FDA Drug Safety and Risk Management Advisory Committee that placing drugs in Schedule II could significantly impact patients by making these medications less accessible.

But, the DEA highlights the sheer volume of opioids prescribed and consumed by Americans, and the rising number of overdoses and deaths related to prescription opioids. For example, by 2008, the annual number of fatal drug poisonings surpassed those of motor vehicle deaths. In public hearings held by the FDA, the strength of these counter-points is only magnified by tearful pleas of parents who have lost children to opiate addiction.

Because of these important perspectives from so many different stakeholders, it is critical that public health agencies and researchers closely track and assess the real impact of hydrocodone’s rescheduling on the opioid epidemic, as well as pain treatment. The stakes couldn’t be higher.

Dr. Alexander is supported by the Agency for Healthcare Research and Quality (RO1 HS0189960) and the National Heart, Lung and Blood Institute (R01HL107345). The funding sources had no role in the design and conduct of the study, analysis, or interpretation of the data and preparation or final approval of the manuscript prior to publication. Dr. Alexander is an ad hoc member of the FDA’s Drug Safety and Risk Management Advisory Committee, serves as a paid consultant to IMS Health and serves on an IMS Health scientific advisory board. This arrangement has been reviewed and approved by Johns Hopkins University in accordance with its conflict of interest policies.

Kevin Fain worked in the Office of Chief Counsel at the U.S. Food and Drug Administration from 1995 until 2010. He is supported as a Sommer Scholar at the Johns Hopkins Bloomberg School of Public Health. The funding sources had no role in the design and conduct of the study, analysis, or interpretation of the data and preparation or final approval of the manuscript prior to publication.

Matthew Daubresse does not work for, consult to, own shares in or receive funding from any company or organisation that would benefit from this article, and has no relevant affiliations. 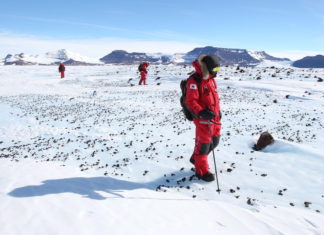 Staff Writer - October 18, 2014
By Rob MacKenzie, University of Birmingham To exaggerate is human, and scientists are human. Exaggeration and the complementary art of simplification are the basic rhetorical...