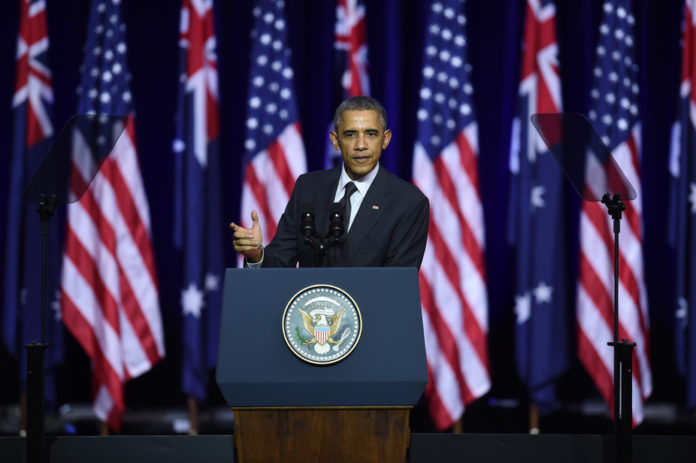 United States President Barack Obama has given Australia a sharp prod on climate change, saying he wanted his future grandchildren to be able to enjoy the Great Barrier Reef.

Obama, addressing an enthusiastic audience including mostly young people at the University of Queensland, also wryly referred to the “healthy debate” that had taken place in Australia on the climate issue.

“Here in the Asia-Pacific nobody has more at stake when it comes to thinking about and then acting on climate change,” he said.

Obama said that worldwide, the past summer was the hottest on record. “No nation is immune, and every nation has the responsibility to do its part.”

He said one of the things that the US and Australia had in common was that they produced a lot of carbon. Partly this was the legacy of wide open spaces and the frontier mentality and an incredible abundance of resources. “So historically we have not been the most energy efficient of nations – which means we’ve got to step up,” he said.

In the US, carbon pollution was near its lowest levels in almost two decades, and under his climate action plan “we intend to do more”.

In Beijing Obama announced new post-2020 goals, as part of a deal with China which set out a timetable for peaking its emissions.

Obama said the reason the China commitment was so important was because if China, with its large population, had the same per capita emissions as advanced economies like the US or Australia the planet wouldn’t stand a chance.

“So them setting up a target sends a powerful message to the world that all countries – whether you are a developed country, a developing country or somewhere in between – you’ve got to be able to overcome old divides, look squarely at the science and reach a strong global climate agreement next year.

The President announced the US would contribute US$3 billion to the Green Climate Fund to help developing nations deal with climate change.

Obama said, in a message directed particularly to the young people in the audience, that combating climate change could not be the work of government alone. Citizens, especially the next generation, had to keep raising their voices. “You deserve to live your lives in a world that is cleaner, that is healthier, that is sustainable. But that’s not going to happen unless you are heard.”

He said it was in the nature of the world that “those of us who start getting grey hair are a little set in our ways.

“We make investments and companies start depending on certain energy sources, and change is uncomfortable and difficult.

“And that’s why it is so important for the next generation to be able to step in and say … it doesn’t have to be this way. We have the power to imagine a new future in a way that some of the older folk don’t always have.”

Obama reaffirmed the commitment he made when visiting Australia three years ago to deepen America’s commitment to the Asia-Pacific region. He said that when he became president, leaders and people across this region were expressing their desire for greater American engagement.

“So as President, I decided that given the importance of this region to American security, American prosperity, the United States would rebalance our foreign policy and play a larger and lasting role in this region.

“That’s exactly what we’ve done. Today, our alliances, including with Australia, are stronger than they’ve ever been. American exports to this region have reached record levels. We’ve deepened our cooperation with emerging powers and regional organisations.”

The US had an “ironclad” commitment to the sovereignty, independence and the security of every ally “and will expand cooperation between allies, because we believe we are stronger when we stand together”.

He said the US would continue to modernise its defence posture across the region, and continue broadening its cooperation with emerging powers and emerging economies. 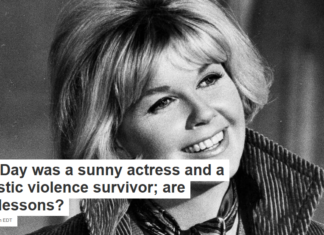 Why Pope Francis is reviving a long tradition of local variations...