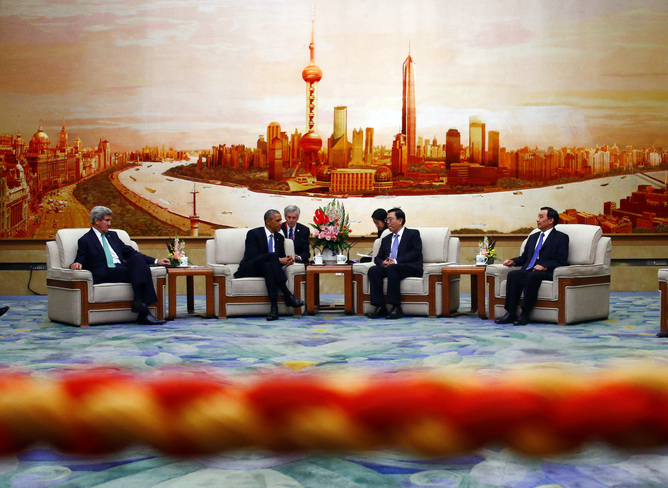 By Sam Geall, University of Sussex

The joint US-China announcement on tackling climate change has been described as “historic”, a “turning point” and a “positive signal”. It has also been written off as insubstantive or even “hype”. The reality, perhaps unsurprisingly, lies somewhere in between. What it might represent, however, is a future that pairs economic growth with environmental concerns.

The announcement doesn’t yet represent a diplomatic success – there is no formal agreement in place – let alone a climate success. But it was an important step towards a global deal at UN-led climate talks in Paris in 2015, and it comes sooner than expected. As such, it can form a basis for further ambition: what Greenpeace China’s Li Shuo has called “a floor” – as opposed to a ceiling – for further climate action.

Li Junfeng, from Chinese government think-tank the National Centre for Climate Change Strategy, has described the pledges’ significance as “more symbolic than practical”, though Zou Ji, from the same body, noted these were politically realistic targets that could reinvigorate US-China relations and deepen cooperation on climate.

Fears of a slow down?

But China, which will need to clarify not only when a peak will arrive but also how high it will be, also faces fears about the economic impact of slowing growth and the potential for consequent social unrest. China’s position on the environment is conflicted. While embracing sustainable development as a core state policy, for example in targets and investments under the latest Five Year Plan – it has long resisted internationally binding targets, emphasising the principle of “common but differentiated responsibilities”, which places the burden of climate-change mitigation on developed countries.

Though much of the government’s legitimacy rests on ensuring continued economic growth, the days of 10% growth are long over for China. The government is increasingly coming to terms with a future of slower growth. It appears to be embracing the so-called “new normal”, a model of growth characterised by economic upgrading and innovation, which state news agency Xinhua said President Xi Jinping is making his hallmark – “to be engraved in history”, no less.

Central government targets will still face implementation problems. There are embedded vested interests in China’s state-owned enterprises, the vast industries responsible for much of the country’s emissions, as well as in the energy sector and local and provincial governments. Indeed, environmental governance in China is weak. It is often hampered by an official culture of secrecy and poorly aligned administrative structures that evaluate officials according to unsustainable growth metrics.

China’s rapid growth over the past 30 years was achieved in large part through devolution to powerful regional chiefs. The distance between central government and how the regions are governed is such that the difference between what is planned centrally and what takes place across provinces can have significant variance. This means that prominent green projects launched from the centre often turn out to be less impressive than the rhetoric accompanying them.

And – despite widespread public concern about environmental issues – there is a lack of institutionally supported citizen oversight to keep such tendencies in check. For example, China has open information regulations that, on paper, are in line with international norms. But the country is regrettably ill-prepared to answer inevitable questions about its record of transparency on emissions. It is a disappointing portent that during the APEC Summit in Beijing – the very meeting at which this announcement was made – the US Embassy’s air quality readings in the capital were censored.

Still, the announcement may also indicate an understanding not only of the risks of inaction, but also of the opportunities of moving towards low-carbon development. These include greater efficiency and lower costs, and the opportunity to benefit strategically and economically from innovation in low-carbon technologies.

There is also growing recognition that cleaner growth is needed for sustainable development. Air pollution is an inescapable fact of daily urban life in China. And studies are beginning to indicate the health toll of pollution on the Chinese populace. One recent report found that the health and mortality burden of air pollution in China accounts for more than 10% of GDP. Yet another, by Chinese scientists, found that smog caused by coal consumption killed an estimated 670,000 people in China in 2012.

China may also see persuasive economic arguments for cleaner growth. Today China not only leads the world in renewable energy investment, but also sees innovation that’s driven by demand. For example, “disruptive” technology is being developed in the form of electric bicycles (more efficient and environmentally friendly than cars) and the world’s largest installation of solar water heaters.

Perhaps then, we are seeing a turning point that, in the words of the World Resources Institute’s Jennifer Morgan, can spur a new “race to the top” as the world approaches UN climate talks in Paris and both China and the US get serious about tackling their emissions. 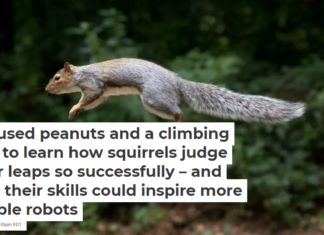 We used peanuts and a climbing wall to learn how squirrels...