By Christian Schroeder, University of Stirling

The landing of Rosetta’s Philae on comet 67P/Churyumov–Gerasimenko was a triumph of engineering. Many spectacular scientific firsts will follow now, but small glitches during the landing make it more difficult to obtain all of the scientific goals.

The harpoons did not fire to anchor the lander and as a result the lander bounced off the surface twice before coming to rest at its “third landing”. It is as yet unclear, where exactly Philae landed but it is not the flat, safe surface of the targeted Agilkia landing site.

The lander now sits in a position partly shaded from the sun, which limits the ability to charge its secondary battery. Therefore the Philae teams are now scrambling to give each scientific instrument on the lander a measurement slot within the 60 hours of power available from the primary battery.

This cuts the time available for individual measurements to do their experiments. The APXS (Alpha Particle X-ray Spectrometer) instrument, for example, can measure X-ray spectra which yield the elemental composition of cometary dust. It can achieve that fairly quickly for heavier elements (magnesium and above) but needs more time to acquire meaningful information to analyse the abundance of lighter elements such as carbon.

The APXS and MUPUS (the MUlti-PUrpose Sensors for Surface and Sub-Surface Science) instruments have to be moved close to the surface to make their measurements. This consumes energy – and risks moving the still not safely anchored Philae into an even more unfavourable position.

Nevertheless, it seems that a decision has been made to deploy these instruments. The Drill, Sample and Distribution (SD2) subsystem consumes by far the most energy and poses the greatest risk of moving the lander. However, two instruments depend on sample delivery from the SD2 system: the British Ptolemy instrument, an evolved gas analyser, as well as the COSAC (COmetary SAmpling and Composition) instrument, which is a combined gas chromatograph and time-of-flight mass spectrometer, which detects and identifies complex organic molecules from their elemental and molecular composition in soil and volatiles.

These are key investigations to better understand comets and their composition. This is why they will probably justify the risk to deploy the drill, even if the outcome is uncertain.

It seems that most instruments on board Philae will achieve their full science goals making this mission a remarkable and outstanding achievement, whatever else might happen. And there is still hope that the lander may even be moved into a more favourable position facing towards the sun, or that – as the comet comes closer to the sun – power output and the charge of the secondary battery increase to enable some kind of extended mission. Even if some instruments will not be able to make measurements, the mission remains a giant success and will deliver a wealth of new and exciting scientific insights into the physical and chemical make-up of comets, the history of the solar system and, ultimately, the origins of life.

Christian Schroeder is affiliated with UCU. 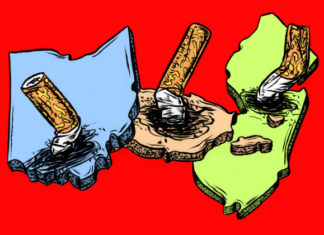 NASA missions may re-elevate Pluto and Ceres from dwarf planets to...