In late May 1940, Vic Viner was one of the 338,000 Allied troops on the beaches around the French port of Dunkirk hoping for rescue as the German Army neared and the Luftwaffe circled above.

At age 99, Viner met with Christopher Nolan, writer and director of a new movie about the evacuation, and tried to give the filmmaker some sense of what it was like to be trapped on those beaches. But, he insisted, “You can’t tell anybody what it was like. You had to have been there.”

Nolan and his collaborators certainly do their best to bring experiences like Viner’s to life for moviegoers. The film “Dunkirk” portrays a sequence of terrors: the horrible vulnerability of being prey to a swooping dive bomber; the helplessness of watching a ship list and hurry under the waves; the bitter necessity of pushing desperate men away from an overburdened lifeboat.

In one scene, the film follows the crew of a small civilian boat as it lifts survivors from the sea off of Dunkirk. One, a Royal Navy sailor whose ship has been torpedoed by a U-boat, huddles on the boat unresponsive.

“Is he a coward?” one of the boat’s crew asks its skipper, played by Mark Rylance.

“He’s shell-shocked, George,” the captain replies. “He’s not himself. He may never be himself again.” It’s a foretelling of the reality for many of those who returned, changed from Dunkirk.

Preserving the voices of survivors

Documenting the reality of those shell-shocked survivors is what London’s Imperial War Museum had in mind when it recorded interviews of scores of veterans in the 1990s and early 2000s. Those interviews show that the horror stayed with many of them long after they were freed from a deathtrap between the German Army, the Luftwaffe and the sea.

As a WWII historian, I’ve found those tapes – many free to stream – substantiate the film’s depictions of anguish. But, even more, they add the dimension of time and the long echoes of that anguish which the film can’t capture.

On his 1999 recording, Will Harvey tells how shrapnel from a German bomb tore through his legs as he waited for his chance to board a ship. In the pain and confusion, he mistakenly thought his legs were gone. “You lost a bit of your senses.”

His voice cracks, but he covers it up with an out-of-place laugh. These are commonplace in the tapes, along with obvious restraint and overall evasion of grim details.

Asked about his recovery, Harvey says, “I used to get aggressive, at times, with the blokes, you know. I’d try to control it. I used to get very aggressive.”

He tried to return to his unit but, suffering from a series of breakdowns from then on, he was soon discharged from the Army. After that, he tried and failed to reenlist in the Marines.

As a 21-year-old, Al Tyers found himself directing men onto awaiting ships at Dunkirk, ordered to give priority to the Army and male refugees of fighting age over the many civilians who were also trying get away from the oncoming Germans. “As many as could go on a ship…they packed you in like cattle,” he says. But then, “they put that siren on, that screaming siren,” just before the German dive bombers would rush over the treetops aiming for the departing ships. Moments like this are depicted with hair-raising effect in the film.

“A ship would get loaded up – I don’t know, a thousand or so… and get half a mile out. And the next thing, you’d see the ship going down.” Tyers fails to hide the emotion in his voice at that; like other interviewees, he diverts from the terrible scene quickly.

Back in Britain, Tyers suffered from debilitating claustrophobia. He spent three months in psychiatric hospital, but even afterwards newsreels depicting war scenes would send him rushing outside to the open air. Back home, he couldn’t sit shoulder to shoulder with people at meals.

“I don’t know whether they understood or not.”

Other voices from the archive speak of trouble reintegrating into civilian life. William Machin, Charles Mandeville and Harry Garrett tell of being hounded by nightmares. Ernest Leggett describes how he still saw French and Belgian refugees being shattered by German bombers and fighters in his dreams decades later.

There’s plenty of evidence of Dunkirk survivors being institutionalized. Doctors documented that many evacuees inundating hospitals in Britain were “suffering,” in the words of one psychiatrist, “from acute hysteria, reactive depression, functional loss of memory or the use of their limbs.” But the wartime government didn’t keep track of the numbers. It wasn’t in its interest to report on it. They also didn’t track veteran suicides, an epidemic among today’s combat veterans. But there’s evidence of them.

Suicides on the beaches around Dunkirk were also uncounted, but some are documented. Christopher Nolan’s depiction of a soldier striding into the waves, apparently intending to “walk home,” is based on more than one real incident. Many others wandered off, senseless, to unknown fates. Others shot themselves.

And there are official records of lingering and often debilitating anxiety among the Dover-based crews who braved repeated crossings of the channel with evacuees. A secret memo produced two months afterward reported a spike in anxiety problems, with more than one in seven sailors on the station affected.

For those evacuees, eventually shifting to civilian life was hard. “Started having psychological problems, you know.… Almost passing out every now and again. … Suddenly you’re dropped off a cliff… You’ve come unhinged,” Reg Dance says on his 1999 tape. “It took an awful long time for that to go. But it did in the end, otherwise I wouldn’t be here.”

Fred Walton made it off the beach, but the paddle steamer he was on was bombed while he was on the upper deck. A man nearby had both legs blown off. The man next to Walton was cut by shrapnel and almost leaped into the sea, panicked. Walton had to pin him down.

“How do you forget those sorts of things?” he asked his Imperial War Museum interviewer. “Don’t think you can ever be the same, can you?” He breaks off with another of those awkward laughs.

At the time Walton was interviewed in 2008 tape, 4,000 British troops were still in Iraq.

“It’s showing itself again, isn’t it?” says Walton. “The lads who are coming home now?” 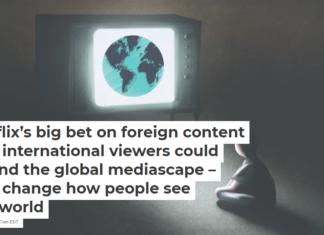 Staff Writer - April 26, 2021
Paolo Sigismondi, USC Annenberg School for Communication and Journalism As a kid growing up in Italy, I remember watching...