I grew up watching some of the greatest slam dunk artists in the world.

Shawn Kemp was one of my favorites, because he was freaky athletic and dunked so powerfully. Plus, he seemed so nonchalant about everything. It made his dunks look effortless.

Dominique Wilkins just jumped so high on every dunk. His limbs are long and he would windmill the ball so far around and then dunk hard on the rim like a sledgehammer.

Kenny “Sky” Walker was my biggest inspiration, because I felt as if we jumped alike, and he did a lot of 360s. He swung and whirled the ball about, kicking his legs and dunking aggressively. That’s why I liked doing those 360s on a 6-foot-high rim back in the 1990s when I was in elementary school.

I also drew inspiration from my dad. One day my dad and I were shooting baskets with a volleyball. I begged him to dunk it. Even though he was exhausted from a day of construction work, he dunked it hard, all his limbs outstretched. The impact ripped open his finger and he began to bleed. Despite the injury, I was just in awe that he had dunked the ball. I thought the whole thing was so cool.

Today, my fondness for dunking remains, but on a much higher plane. I study dunks, so that makes me a dunk scientist. Or you might say I’m a dunkologist.

So when I watch the NBA’s annual slam dunk contest – the next one is scheduled to take place at 8 p.m. EST on Saturday, Feb. 19, 2022 – I won’t be looking just to be entertained. As chair of the technical committee for the World Dunk Association – a group formed in 2020 to build more appreciation for the slam dunk – I’ll be looking to improve upon a new system we have developed offering a more scientific approach toward how judges score slam dunks. https://www.youtube.com/embed/H854e_GFV_U?wmode=transparent&start=0 A basketball player breaks down the science of how he does a slam dunk.

Growing up, I remember seeing “style, athleticism and creativity” mentioned during NBA broadcasts as factors for slam dunk judges to consider. But it wasn’t until I embarked upon my journey to become a researcher that I began to wonder if the slam dunk judges might be using more sophisticated criteria. As my colleague Evan Rollins and I wrote in a peer-reviewed paper published in 2019 in the Journal of Sports Analytics, dunk scores – now given on a scale of 6 to 10 – are not always awarded as fairly and consistently as you might hope or expect.

How dunks get scored

I created a database to capture data from every dunk I could find for contests going all the way back to 1984. As of February 2022, the database contains information on more than 700 dunks.

Only about 45% of a player’s dunk score is based on what they do with their body or the ball, our analysis found. We found about 28% of a dunker’s score is based on factors that have nothing to do with the actual dunk, such as whether or not the contest took place in the hometown of the dunker or the dunker’s team. When a dunker’s team or hometown hosted the contest, their dunks were often scored higher than they would have been if the contest were held somewhere else.

The influence of non-dunk-related factors made me want to discover new methods to judge and score slam dunks. My pursuit led me to the World Dunk Association, which was started in 2020 by Kadour Ziani a retired professional dunker, and Damian Le Nouaille-Diez, a software engineer, author and entrepreneur. Turns out Kadour and Damian had devised a system to classify dunks that was very much like the one Evan and I published in 2019.

As our association continues to work on new and better ways to enable judges – and the general public – to score dunks, here are five things to keep in mind whenever you watch a slam dunk contest.

1. Disregard things that are not part of the actual dunk

Be careful of theatrics such as singing choirs, clever passes from a teammate, changing jerseys and other features that do not meaningfully alter how the dunker executes ball movements and body actions. Jumping over a celebrity is no different from jumping over an ordinary person of the same height. All these activities are exciting and entertaining, but they do not reflect what the dunker actually does.

A simple way to check how high the dunker jumps is by looking for the highest point of their head relative to the bottom of the net and basket. This is easier than checking distance between the hips and the floor, because the dunk happens so quickly and jerseys can make it hard to visually locate the hip.

Distance is simply how far the point of takeoff is from the basket.

Jumping over obstacles is impressive, because it makes all other parts of the dunk more difficult. However, always check whether the dunker pushes off the obstacle while jumping over it, because pushing up increases the upward force and, when done properly, will allow them to elevate higher than they are truly able to jump.

3. Style: Watching what is done in the air

Watch for a powerful and clean finish in which the ball is dunked at a high velocity without bumping the rim. On more powerful dunks there will also be greater movement of the net side to side or upward out of the basket.

[Over 140,000 readers rely on The Conversation’s newsletters to understand the world. Sign up today.] https://www.youtube.com/embed/-OJMLCF5oK4?wmode=transparent&start=0 Vince Carter performing a powerful 360 windmill dunk in the 2000 NBA Slam Dunk Contest.

Dunkers can invent new ball movements and introduce never-before-seen variations. Sometimes they dream up entertaining ways to showcase their abilities, such as slapping a sticker high on the backboard, grabbing a stuffed animal hanging from the rim with their mouth or blowing out a lit birthday candle that is on the rim as part of the dunk. My favorite dunks are the ones – just like the ones I used to watch as a kid – that inspire me go to the court and create my own. 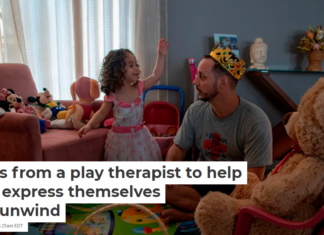 Staff Writer - August 10, 2021
Jessie D. Guest, University of South Carolina As many children go back to school after 18 months of global...